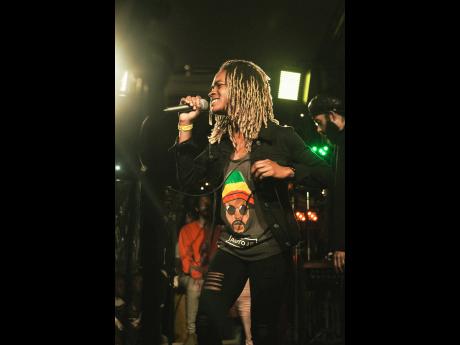 The pervasive power of reggae and dancehall music around the world need not be defended. It is an inarguable phenomenon that remains affirmed, particularly with the exciting rise of young singjay Koffee. The year 2019 closes with the 19-year-old nabbing a coveted Best Reggae Album Grammy nomination, and next year is set up to be even greater – win or lose.

In Koffee’s first cover story for i-D magazine, in its ‘Get Up Stand Up’ issue (winter 2019), it was revealed that fans can anticipate new music as soon as this month and that they can also look out for a collaboration with Bajan music, beauty, and fashion mogul Rihanna. “We’ve been playing around with some stuff. I think something is coming in the near future, but for now, I can’t confirm it,” she said.

However, she did confirm an upcoming collaboration with American rapper Gunna. Besides venturing outside the standard reggae and dancehall sound, Koffee’s experience collaborating with Gunna was significant, as they built a vibe in their first studio session together. “It’s coming in November. We did it in LA. I usually pre-write songs ... . I get a beat, I go home, I listen to it, I write something. But this came together in the studio. I listened to the beat, and the lyrics just came to me on the spot. We had this empty verse and thought, ‘Let’s get Gunna’. He did it, and I was blown away,” she said.

With her career off to a winning start, having released only five songs (and a remix) on her debut project, the singjay is still ­reeling from her first Grammy nomination in the category Best Reggae Album, grateful for the recognition some entertainers spend a lifetime chasing. “It’s a great feeling. I feel privileged to be nominated among such legends in the industry. I want to express my gratitude to all the producers of the project, Jane MacGizmo, who is featured on Blazin, and my team!” she told The Gleaner.

Rapture is nominated alongside As I Am by Julian Marley, More Work To Be Done by Third World, Mass Manipulation by Steel Pulse, and The Final Battle: Sly & Robbie vs. Roots Radics by Sly & Robbie and Roots Radics.