Prepare to laugh out (and loudly), say comedians - Comedy series to set mood for more in 2020 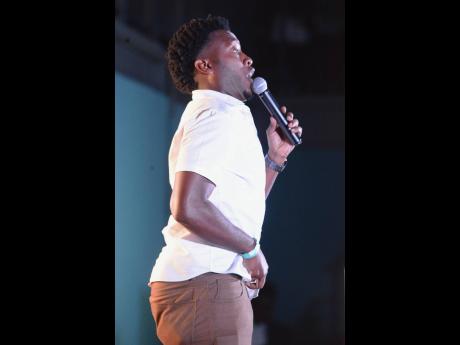 A new comedy series is coming to town, with plans to kick up a storm for its first staging. Organisers of Laugh Out!, which is slated for tomorrow at the Sts Peter and Paul Conference Hall on Old Hope Road, have put together a programme that will attract a wide audience of young and old lovers of comedy.

Owen ‘Blakka’ Ellis, regarded as one of the best comedians within the Caribbean, is one of the show’s headliners, along with funny man and host extraordinaire Dufton ‘Duffy’ Shepherd and young acts Kathy ‘Tan Deh Deh’ Grant and Dale ‘Diego the Cross-Eyed Villain’ McKay, who, according to Kemesha Bolton, one of the promoters, makes Laugh Out! a must-go event.

Noting that it will be a busy weekend for the comedians, who are also booked for another event the next day, Bolton said, “The calibre of artists, set in an intimate setting, means guests will have more of a front seat to all the excitement, and our ticket prices are competitive compared to other productions of a similar nature.”

She added: “We expect that the launch of the series will set the mood for what’s coming in 2020.”

Shepherd said that he has been taking care to practise his set for the event, but is also ready “to feed of the audience’s energy”.

“The repertoire has the legendary Blakka, new kid on the block Diego; and Kathy, who is one of the baddest female comedians and hosts of this generation. I am just adding my little salt and black pepper flavour to it,” he continued.

He noted that for the start of a comedy series, the line-up is forceful.

“What this means is, generations of experience and different views all geared at producing laughter,” Shepherd explained.

Speaking of views, Diego shared that his set will definitely be a head-turner, especially for those who have not sat in an audience where he performed.

“One thing that is guaranteed is laughter … and lots of it. Though the majority of my set is about my own misconceptions and problems, no matter how deep, the good thing is, people are left to wonder if what I say is real. I may not laugh, but persons can be prepared to laugh, and loudly,” Diego said.