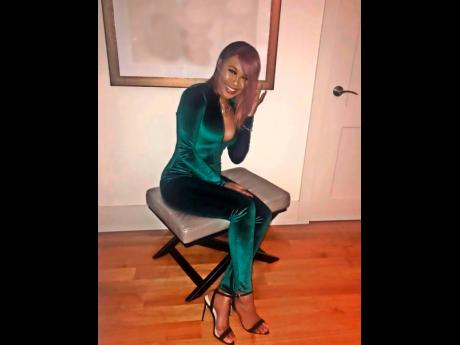 To say that Annalecia ‘Unruly Squid’ Sutherland is a no-nonsense businesswoman may be somewhat of an understatement. In the public eye, she often wears a serious face, which may be misinterpreted as her not wanting to be bothered, but really, it is a facade. Sutherland shares with The Gleaner: “I’m such a down-to-earth, sweet person. Greet me with a smile and I promise the one you will get in return will be 10 times bigger; and to keep on my good side, it is simple – just don’t mess with the people I love.”

The female powerhouse holds the title of manager of one of Jamaica’s dancehall heavyhitters, who happens to be her brother, Andrae ‘Popcaan’ Sutherland, and as the first lady of the promising entity that is Unruly Entertainment, she is tasked with keeping things together and moving in one motion. What keeps her going? She says: “As many would know, my mother is a pastor, so I would definitely agree with ‘A family that prays together, stays together’; and my family is knitted together by love. Being a part of a family that loves and accepts you is not only more precious than anything in the world, but motivates you.”

She casually jokes that though she comes from a musically inclined family, it may have skipped her, but she remains blessed with knowledge that has allowed her to develop a brand. With her plate full, pulling together the elements to make the upcoming Unruly Fest a success, Sutherland took some time out of her busy schedule to share a little more about her duties. “The plans are coming together impressively. Believe me, it is going to be something to talk about, even better than the last one.” Learn more about her and what she has going on in this week’s Five Questions With ... .

Who is Annalecia ‘Unruly Squid’ Sutherland?

I am a free spirit, to say the least. My friends would say I am spoiled and miserable, but the next side of me is a down-to-earth girl who values and shows everyone love and respect. Most persons will know me by the name my brother (Popcaan) gave to me from a young age, Squid, because he thought I looked like Squidward from the cartoon SpongeBob SquarePants.

What is the greatest lesson you have learnt from your brother?

The greatest lesson would be ‘never give up’! That it’s not how you start, it’s about the journey and how you finish it. When I think of our childhood and where he is now, believe me it really proves nothing is impossible. You can be one place right now and somewhere one million times better with hard work and dedication. I can’t pinpoint a specific memory with him that stands out because there were so many, but one thing that has remained constant is the love we have always had for each other, and it is what I have held dear to me since we were growing up.

Everyone knows you as the wo-manager and First Lady behind a big brand.

Is there any pressure to produce results and excel in the field?

Without a doubt, there is a lot of pressure to produce results. As we know, it is 10 times harder for a woman to prove she can excel at practically everything that is considered a man’s job. But I must say, having the right people around to guide me has made it way easier.

What’s the hardest part being behind the scenes with Unruly Entertainment? Is there any unruliness you have to deal with, and how do you handle it?

The hardest part is being the only female in the camp; imagine being around at least 10 men at all times. I swear most times I think they forget I’m a woman and not ‘one ah dem’, as they would put it. I try my utmost best to avoid conflict but when it comes on to resolving conflict, I always try to deal with it in the calmest way possible.

If you weren’t so involved in Unruly Entertainment, what would you be doing?

I would definitely be into fashion and probably have a chain of sports bars. I love, love, love fashion; and having my own lounges has always been something I have wanted to do and still plan to do so in the near future.

Of all the international superstars you’ve met, which experience stands out in your mind as the best and why?

I must say Rihanna and Beyoncé. I have been the biggest fan of Rihanna and admired Beyoncé for so long, so receiving the opportunity to meet and interact with them was a big deal for me.