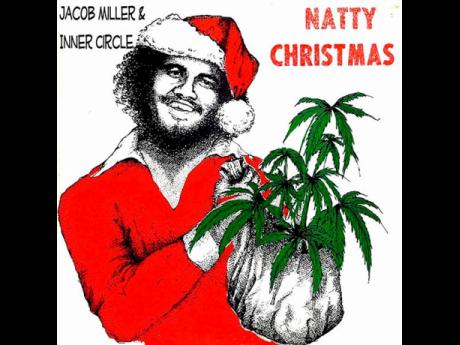 Songs like We Wish You a Reggae Christmas by Yellowman, The Night Before Christmas by Eek-A-Mouse, Silver Bells and Natty No Santa Claus by Jacob Miller and Ray I, and I Saw Mommy Kiss A Dreadlocks by Barrington Levy all have one thing in common – yes, these are all reggae renditions of traditional carols. But according to producer and singer Tommy Cowan, the lyrics and rhythms are all about having a good time.

“Back in time, we had some fun about it …, when we would hear or sing (and he breaks out into song), ‘I saw my mommy kiss a dreadlocks underneath the collie tree last night’ or ‘Riding through King Street on a CB400 I fly my natty dread’, both by Barrington Levy,” Cowan shared recently at a Gleaner Entertainment Forum.

The producer/singer said that the Jamaican Christmas music catalogue is extensive, with more than five albums – from Byron Lee’s Christmas Party Time in the Tropics to Natty Christmas with Inner Circle and Carlene Davis’ Christmas Reggae Rock – created by seasoned musicians from the 1970s to the early 2000s, which are underplayed.

“We need to let the Christmas put us in a good mood. I have produced quite a few, from the fun tracks to the ‘message’ ones that speak to putting Christ back into Christmas,” he said.

Singer Carlene Davis, who was also one of the featured panellists, said, “We need to lobby for some of those songs to be pulled out of the catalogue earlier in the year; these songs deserve to be played.”

She said that locally, store owners who have dusted off their Christmas albums should make certain that Jamaican content is there.

“Not just one or two, because there are plenty of songs out there, but it’s just that some are produced and sitting in a corner somewhere because the artistes aren’t a big name,” Davis lamented.

“Even Jamaican Christmas instrumentals are there … . I play these in my backyard all the time,” she continued.

The Santa Claus (Do You Ever Come to the Ghetto) singer urged radio stations to pick up the slack, as well, and pull out all the seasonal tracks.

“We, as a people, have a sound, and we need to believe in it 365 days of the years. I want to also encourage corporate Jamaica into endorsing good music because quality has no fear of time,” she said.

Veteran selector Boyd James of the famed duo Alric and Boyd joined in to note, on the topic of quality, that Christmas music is, in fact, in season and that it is not that production level is any lower but that the songs are not worthy of airplay.

“The songs are there. I get a slew of them, but I wouldn’t play them. The content is the issue because while the artistes may use Christmas in a song, it might not be a song for the season … is what I want for Christmas or what want to do for Christmas. So if what the artiste want is a girl in them bed or a gun for Christmas, it’s in the lyrics,” Boyd explained of present-day Jamaican holiday-themed songs.

The quality of music has changed not only for everyday dancehall and reggae music but for seasonal tracks as well. The panellists all agreed that the quality of the songs of Christmas past, the 1970s to the early 2000s, has allowed them to be valid and valued to this day.

“What I am getting today is not a feel-good vibe. I am getting more violent-sounding Christmas-themed songs,” the selector stated.