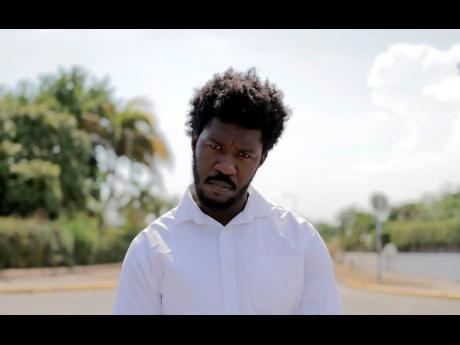 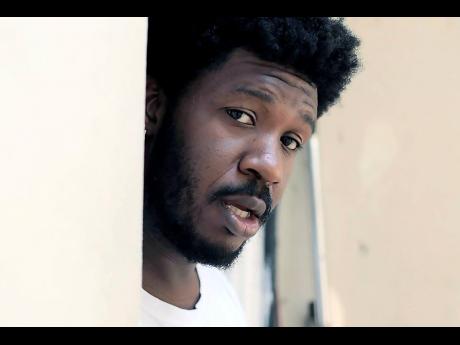 “I find a little house pon di avenue it look good from outside, but I never know 19 other people live inside, it is an uptown tenement yard,” sings Carey James in his latest lyrical conversation piece. The rising star has already opened the ears of entertainers as far away as Europe and Africa with previous productions, and even landed a collaboration with Ghana’s Ras Kuuku featured on the multiple award-winning dancehall, reggae and Afrobeats singjay’s album with the likes of Stonebwoy.

“I tend to vent by listening to music, making a rhythm or writing music, and it so happens at the time of writing this song, this Serbian producer, who I have been working with to mix and master previous projects, had shared a beat,” James told The Gleaner.

“The inspiration for the song itself was directly out of frustration in regard to my living conditions; it was a case where I had an issue with somebody in the same space and the lyrics were triggered by it,” he added.

James chronicled his experience and emotions of being in a residence where more than one person dwells, and their lives, in one way or another, affect each other or become a subject of discussion for other residents.

So as not to be confused as a re-presentation of Jacob Miller’s first hit song Tenement Yard released in 1975, he explained: “It came to my mind, long after writing the song passed because, in the actual moment, I was only thinking about a situation which made me angry.

“Is an uptown tenement yard even a thing? Well, I can say there are similarities where in a communal environment, people watch your business or in cases of big apartments being sold as these ‘luxury’ living spaces are not exactly that. The general idea is that this new phenomenon of an uptown tenement yard is not restricted to one area, but persons converting home units that not developed for that.”

He noted that Miller’s song may not necessarily inspire his word for word, but there is a similarity in terms of subject matter.

“I look at the song bigger than me the artiste, or any artiste, but more from the perspective that Kingston is overpopulated in a sense and in recognising the need for housing, every home and landowner has ventured into renting out spaces for individuals whether university students or persons migrating from other parishes that are below certain standards, or has several persons sharing the space,” he said.

“Which is where it started for me. First on campus as a student then seeking a place in Mona, and now as an entrepreneur and entertainer, or anyone for that matter, one is forced to find whatever is convenient – price-wise. The lyrics are relatable and I wanted to bring the issue to the attention of a wide audience.”

Not afraid of the outcome, the singer-songwriter and holder of a bachelor of science degree in economics and statistics remains a resident at the place where the lyrics were birthed, and even got the permission to shoot the music video there.

The song has received increasing support from local and overseas radio stations, as well as on digital platforms, doing better than James’ previous releases like March Out, featuring Vershon, Take Me With You and Breaking Point where Uptown Tenement Yard has garnered more views on YouTube in one week than those have done in a year.

“It stirs a lot of talk; even my landlord congratulated me on finding one of the better tracks to lead with,” he said.