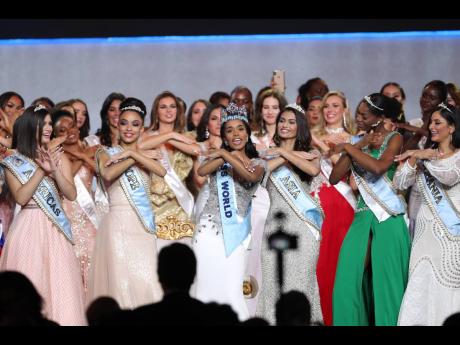 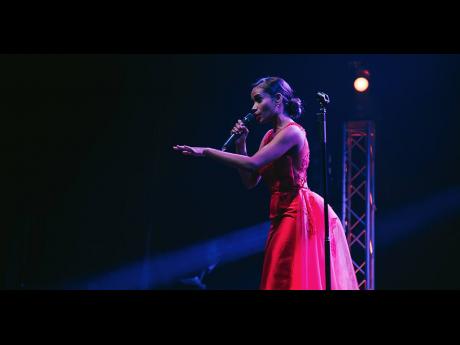 Contributed
Miss World 2019 Toni-Ann Singh performs Whitney Houston’s ‘I Have Nothing’ to win the talent competition of the pageant. 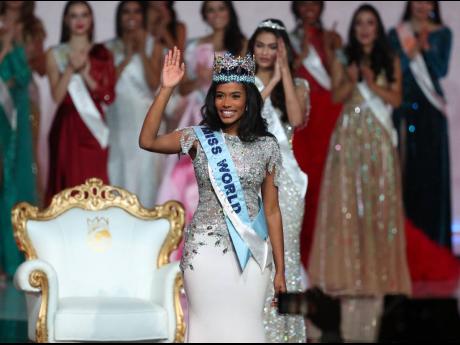 If Germany-born singer and songwriter Jackson Browne was hired to serenade the winner of Miss World 2019, Toni-Ann Singh, the most fitting track from his catalogue would be the 1980s single That Girl Could Sing. Although lyrically the song expresses a recollection of a relationship with a woman who is hard to find and keep, the line that stands out, and is the thought of several local entertainment industry professionals, is that she will be remembered as the competition winner that could sing.

Following Singh’s performance, Mike Jackson, musical director of the movie, The Bodyguard, who was among the audience, said: “I think we’ve just seen a star in the making. We’ve been blessed this year with so many beautiful singers, and dancers, and other acts. But we had to make a decision with the talent, and we had to give it to Jamaica. I Have Nothing sung so beautifully, and so differently from Whitney, too, which makes it extra special.”

Singh is not the first talented Jamaican to stand on an international stage to share a vocal interpretation of Whitney Houston’s hit; she joins the likes of Tessanne Chin who sang the landmark track for the fifth season of The Voice in 2013 and walked away with the crown. Dalton Harris also performed the song in week two of The X Factor UK live shows and received a standing ovation.

The Miss World 2019 winner, who has been taking a year off from her college education, has expressed an interest in becoming a medical doctor. However, in light of her performance at the London’s ExCel Arena last Saturday, there are some entertainment industry professionals who are convinced she could take on a career and become one of the country’s successful vocalists.

Artiste manager Shelly-Ann Curran said, “She can sing! Definitely a career is possible. Our Miss Jamaica took on a big song and delivered, and captured the crown; and what stood out most is her confidence.”

Producer Dale Virgo shared similar sentiments: “Toni-Ann Singh has the potential to be a singer. I was literally in the middle of a studio session when I heard her performance being played from the mobile phone from one of the backup vocalists, and said, “Who dat, ah Whitney Houston?” then was in awe. She has something!”

He added, “Being a successful artiste, though, means enduring, pushing through all the trenches which she would have to prove; but talent-wise, coming from the perspective of a producer, I would be interested to work with her because I can see where she can do well. Instantly, you hear the passion in her voice to perform and bring out the emotion, and that is a good thing. A lot of singers don’t know how to bring that out on stage.”

Meanwhile, Joy Fairclough, music educator and performance health science trainer, said Singh should not consider simply pursuing a career in music as a singer, but combining her studies to expand her opportunities, especially in a time where Jamaica is noted to produce great voices.

"No doubt, she has a beautiful sound, but if it is she plans to do medicine she can combine the two fields of music and science, which is what I, and all the best coaches like the late Noel Dexter, Dr Curtis and Mrs Pauline Watson and Clarice Crawford did. It is called performance health science and she could attempt to do it so that she can get the best result of her talents," Fairclough told The Gleaner.

In terms of her vocal range and overall performance, she added, “It was well-timed with all the technicalities; she appeared to follow instructions and, in that regard, we could see a bit of the student approach to singing the song. It shows she can follow it to a more professional career as a specialist rather than singing alone.”

Dean Fraser, elated by Singh’s win, noted that Jamaicans locally and internationally should be nothing but proud.

“I am just going to say thanks for first making me and all of Jamaica proud … big, big respect to her and honour to another genius from the rock. And I say genius because she could be a huge singing star if that is what she wants, but I am sure from her overall performance she is just as good in medicine. We can never tell, but she can be both if she put the time in, and medicine, like music, takes a lot,” Fraser said.