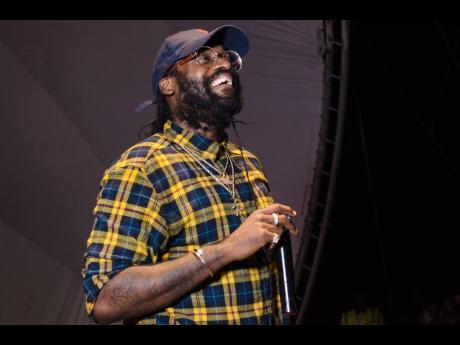 Tarrus Riley’s Let Live Music Live concert returns to Emancipation Park this evening, after a one-year hiatus. Riley, who consistently promotes the idea of a crime-free Jamaica, told The Gleaner that he has used the concert as a platform to spread the positive message. “It has remained a priority and the reason we keep promoting even the song Crime Free Christmas (released three years ago) is … that we want Jamaica to be crime free throughout the year. But Christmas, even if it is for one time for the year – let’s start there – we want it cool off so that the number-one narrative is not crime but to be happy celebrating.”

The theme selected for this, the 10th staging, is ‘Just Love’, because “it is the message we want to end the decade and start the new one with”.

He expressed: “It is not about material things or vanity, it’s about love. We want to see people live together and try dem best to get along … . That’s the idea of Just Love.”

Each year, Riley is the only name confirmed for the line-up publicly, for the purpose of making it a real gift. “We never advertised any artiste before because that’s the gift part, and who tells what is in a gift before giving one? … We never tell people who is on the line-up; only tell who has been there before.”

Plans for the 2018 edition of the free live music show were interrupted, and instead Riley invested the time and funds he had in a dinner served to residents at the St Thomas infirmary. He, however, promised his gift to the people would be better the following year.

He expressed that the milestone staging, which get under way at 6 p.m., will be just as special with the concert being a sincere giveback from the hearts of the musicians.

“Usually in December I just work, work, work enuh, and so far the concert, tonight, will be part of the fun because I enjoy it as well. That is my little time where me can listen some of the artiste and have a good time,” he said.

“The advice to the people is come out with good vibes, that’s it; them don’t have to do nothing else but come listen to the voices on the night and receive some live music. Let Live Music Live ah encourage live music to play in Jamaica and we want the youths fi play instrument and be creative.”

The Simple Blessings reggae singer said that while he has no expectations for the turnout or number of artistes that will grace the stage, he does not want any problems.

“It has always been great year after year, and the fact that it has been incident-free is a great feeling.