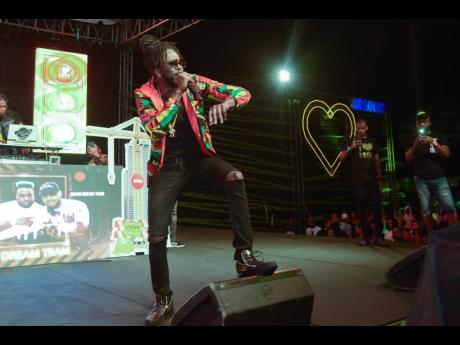 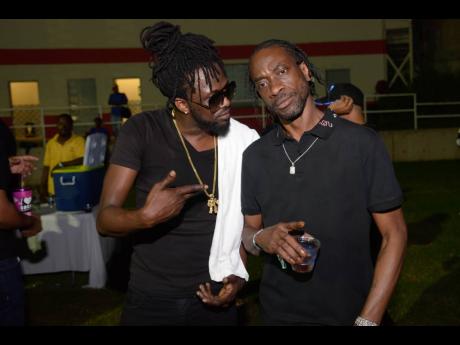 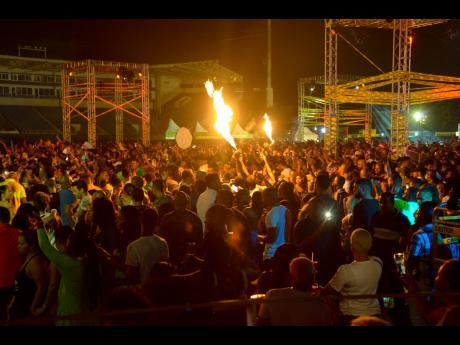 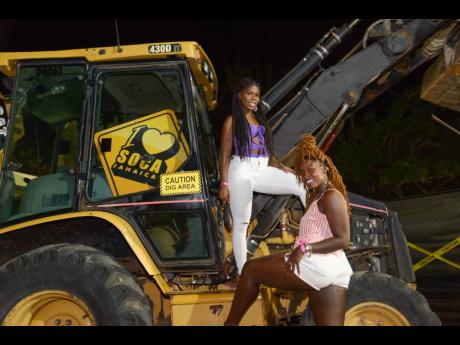 I Love Soca has certainly grown into its purpose and objective – to create an experience that ­exceeds that of a soca fête. It has now ­become akin to a festival. The ­spacious venue – the cricket grounds of Sabina Park – was transformed into a ‘construction site’ with the signature black-and-yellow tape drawn across scaffolding and ­machinery such as a backhoe and excavator for photo ops bringing its ‘Caution’ theme to life.

The early-bird soca lovers were not left to idly watch the atmosphere build as many could be seen trucking in coolers through the first part of the site to receive the I Love Soca-branded cups, put their mark on the signing board, and catch a vibe in the food court. Taking the risk of having playlists clash, the promoters trusted one DJ to hold down the fort with warm-up music so that patrons could be transported to another level as they moved into the main party area, where another was playing.

Feeling pleased with his team’s execution, Andrew Bellamy said: “I believe we are all proud of what we put together for the night; capturing the theme after being torn between ideas. It has evolved into what we could refer to as the Jamaican Coachella, a festival of sorts, really, where a little music in one area builds up the hype, and we wanted our patrons to have that impression of a festival on the way in.”

As the night progressed, though, the sounds from the main stage began to drown out that of the mini set-up on the outskirts, with the likes of Trinidad and Tobago’s Nuphoric Sound and New York’s Riggo Suave and local DJs Richie Ras and Cyclone hitting the soca nail on the head with all the right tunes while Renaissance flipped the switch by spinning high-energy reggae and dancehall dubplates such as Toast by Koffee, T rust by Buju Banton, and Brik Pan Brik by Skillibeng.

In no time, the extended bar counters were lined with individuals from different party squads purchasing chasers and bottles to refill coolers and struggling to regain their spots in the sea of sweating ‘fêterans’.

The gate check-off would only confirm that the 2019 Boxing Day staging received a record turnout, said Bellamy.

“It is safe to say, based on mere observations and in relation to the set-up of the venue, this could possibly be our biggest or one of our largest crowds,” he told The Gleaner.

Vincentian singer-­songwriter Skinny Fabulous, the main act for the night, expressed amazement at the crowd’s reaction to his performance.

“Jamaica always surprises me with their love for soca music ‘cause you often tell yourself that it may be shunned. When I was going to UWI (Mona), soca wasn’t as prominent as it is now, so it is always a great feeling performing for the people of this island when they’re jumping up and down as a show of appreciation for the genre,” Skinny Fabulous said.

“It always gives me a different type of pleasure to perform here, especially when icons like Bounty Killer is in the audience. All in all, the event has really grown, and the people really love soca.”

After Skinny Fabulous’ engagement with the I Love Soca-goers, waving hands in the air to his popular tracks Happy, Lights Go Do wn, Famalay (which had the people singing the verses of Machel Montano and Bunji Garlin), and Up a nd Up, he teased a little dancehall by showing his deejay skills to Aidonia’s Yeah, Yeah on the ‘Genna Bounce Riddim’. The night ended with fireworks and an unplanned set by the Five Star General, who the soca artiste and other fans of the genre present were still happy to welcome to the stage.