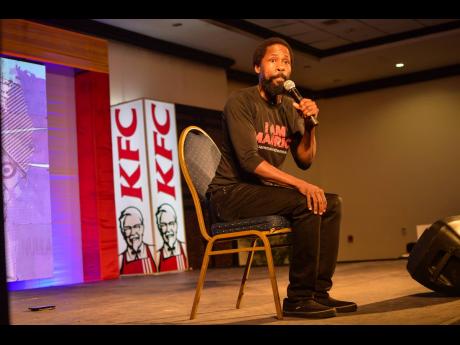 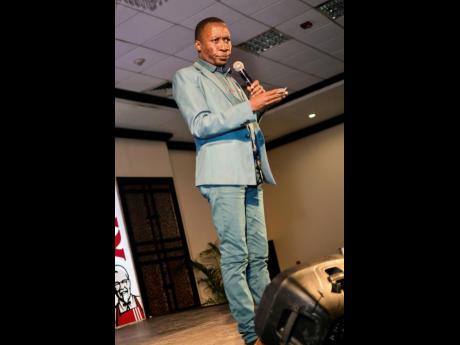 Anthony Minott
Leighton Spence as hilarious as ever. 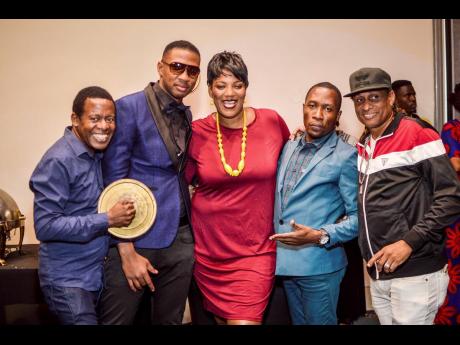 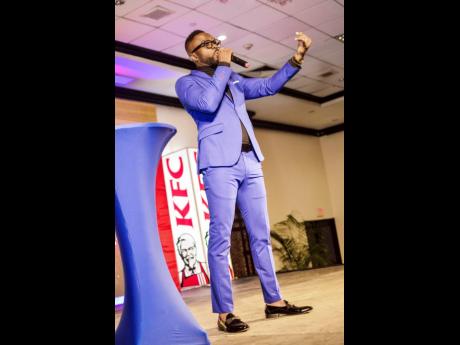 Anthony Minott
Comedian Ity was one of the MCs for the night. 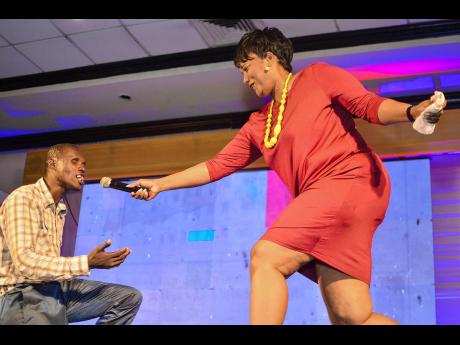 It was the day after Christmas, and all through the night, peals and squeals of laughter echoed around The Jamaica Pegasus Grand Ballroom. It was an evening of delight. It was the ‘sweet 16th’ staging of Ellis International’s Christmas Comedy Cook-up, which turned out to be Boxing Day’s hottest ticket, pulling hundreds of comedy fans vying for a seat in a capped room.

Now wrapping its third year in a family friendly format, event organiser Ian ‘Ity’ Ellis told The Gleaner that he believes, disallowing mature or overt content has attracted people. For Ity, the proof is in the pudding – with Christmas Comedy Cookup wrapping in a neat bow, its second sold-out show in a decade.

Ushers were forced to turn patrons away. Consideration saw other ushers adding more rows to an audience which stretched along all fours walls. Others opted to stand at the back of the room without any fuss. “We might have sold out, maybe a decade ago, but we normally have a good showing, meaning near capacity. But since last year, we’ve been sold out,” Ity said.

While the Jamaican comedians all delivered solid sets, Sylvince struggled. Unfortunately for the Haitian, he was clapped off the stage. Though he has performed on the Cook-up stage in years past, to good reception, this marked his first time under the new family friendly format. Ity suggested that that adjustment is not as smooth for some comedians.

He said: “I think the challenge for some comedians is to make sure that their material is family friendly. Some people, when they get raunchy, they are funnier than when they are family friendly. The stand-up comedy art form is a kind of free form, that causes some people to feel they want to enjoy a space where they can say anything. But not on my stage, not now. I used to have rated M for mature, but I removed it because I think we can have a good show, clean. And for three years now, it’s been a good show.”

His older brother, Blakka, made another observation that could explain audience members walking out during Sylvince’s set, nearing the 11 p.m. mark. Buried in his own short and spicy closing set, following Sylvince, Blakka said: “Nuh everything haffi long.”