Kartel’s decade - Birthday boy dominates dancehall even from behind bars 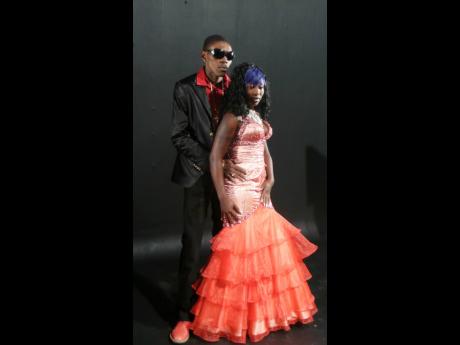 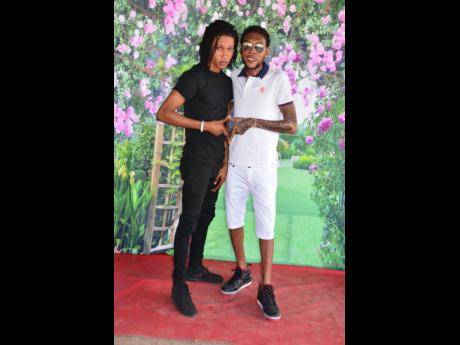 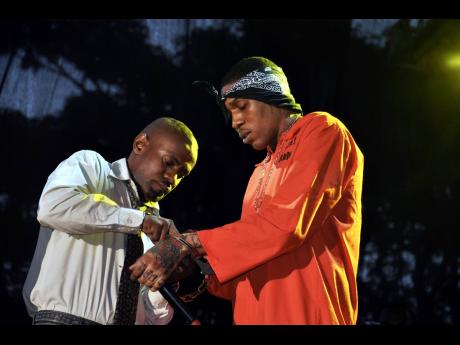 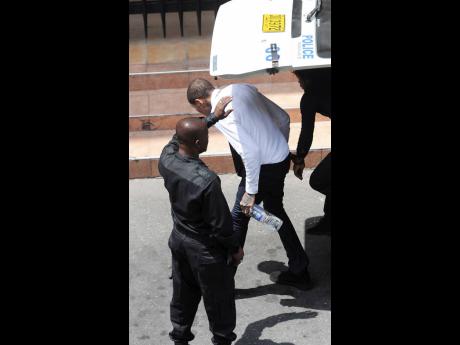 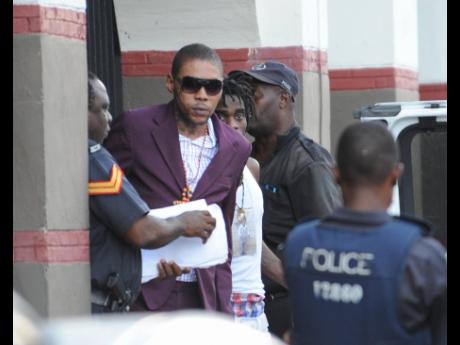 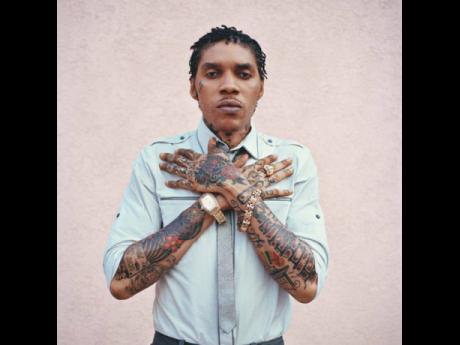 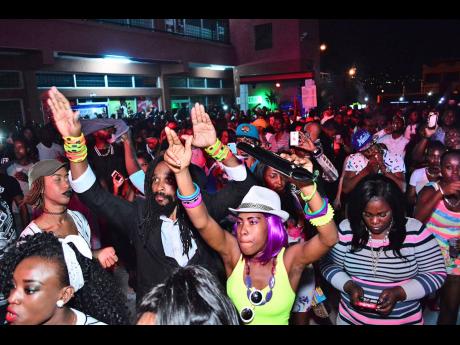 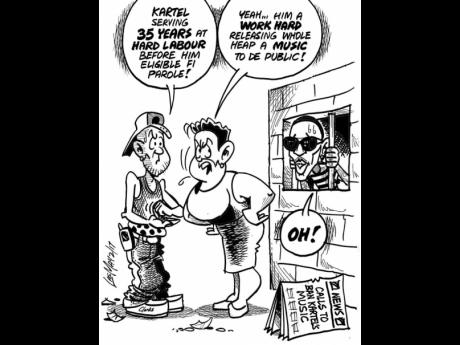 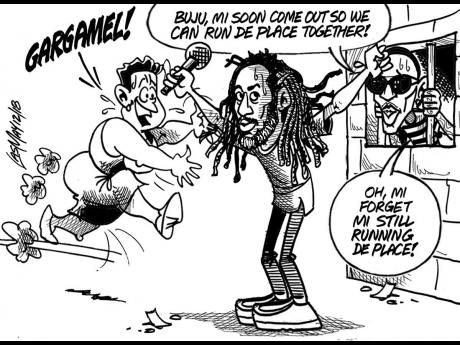 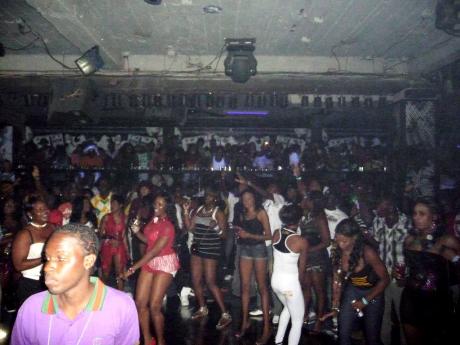 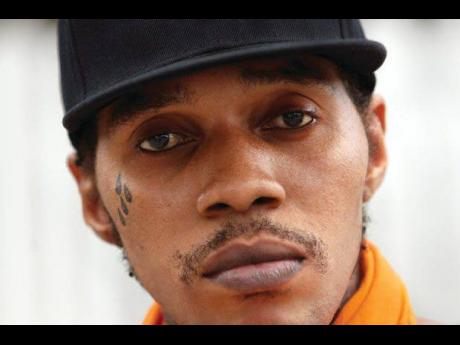 Today is the 44th birthday of one of the greatest lyricists in Jamaica’s dancehall – Vybz Kartel, the entertainer who exploded on to the scene between 2002 and 2003. Both years were credited as the dancehall entertainer’s period of emergence, having been crowned deejay of the year at Stone Love Sound’s anniversary party in 2002 and then turning tables without fail with his debut album, Up To The Time, in the subsequent year. Born and raised in Waterford in Portmore, the deejay and songwriter soon created his own camp, known as the Gaza Empire, which ascended to influential heights. It was anticipated that after 2009 through to 2010, the opportunity to perform on world stages would be more accessible, but soon came his scandalous ‘downfall’ in 2011. For a while, Vybz Kartel was inaccessible to producers and the empire disbanded after he was convicted of murder, yet he remains an idol for several up-and-coming acts and continues to soar with dancehall ear-openers. Here are some of the artiste’s top tracks of the past decade.

Dancehall’s current ‘Queen of Stage’ Spice and Vybz Kartel bounced ideas of each other and from that came the hard-hitting, sexually explicit Ramping Shop. It had its share of success on music charts and was even on the Billboard Hot 100. The dancehall duet sparked controversy for the track’s vivid lyrics, on which the Jamaica Broadcasting Commission issued a ban, and later it would grab the attention of R&B singer Ne-Yo, who accused producer NotNice of copying the instrumental from his song, Miss Independent.

It was the year of men’s dancehall style, specifically for the staple British footwear, Clarks, which had for a long been dubbed the rude-boy fashion statement of Jamaicans. Four years after the dancehall track circulated the airwaves and street dances, international fashion magazine Vogue in 2015 published, “ It took dancehall reggae’s reigning king Vybz Kartel to transform that die-hard cult following into a viral feeding frenzy (a craze that has helped push the shoemaker’s bottom line over the £100-million mark) when his young protégé Popcaan asked him with breathless admiration, ‘When you get yuh new Clarks deh, Daddy?’ on a record in 2010”, hailing the lyricist for reviving the brand. Straight Jeans and Fitted was the other track released in the year that had young men scampering through the streets and stores from downtown to uptown, not to mention harassing tailors to tighten the seams of denim pants that were too baggy, just to achieve the right fit.

It was probably the year the least number of Vybz Kartel singles were released, but tracks like Ghetto Life, produced by UIM Records, and Back to Life, produced on his Adidjaheim Records, made it to the airwaves. The latter particularly shook supporters of his music as the deejay spit lyrics about prison life.

Female fans of Vybz Kartel would have heard a sample of Ever Blessed in late 2012, but it would become a hard-core dancehall love song in 2013.

Not the best year for dancehall; more so, a disappointing 2014 for the supporters of Vybz Kartel who were alarmed by the guilty verdict following the trial that lasted 65 days, and his sentence to life imprisonment in April. Then in September, Chimney Records released Mi Nuh Trust People on the Happy Hour Riddim which turned into non-stop juggling. The likes of Tarrus Riley and Zagga with Free Up, Beenie Man’s Badmind, and again with Chi Ching Ching and Popcaan with Way Up Stay Up sent lyrical showers of ‘good over evil’ into dancehall.

The lyrics, “Inna di streets man hustle every day, me have a burner, me have a prepay. Do the maths, Asian brain. Likkle later bay champagne”, were on the lips of every hustler – trying to find or juggle more than one job – and every college student working hard to finish their degree. Money Pon Mi Brain (CT Scan), recorded on the Purge Riddim, produced by Haad Rokk Muzik, had selectors earning record ‘money pull ups’ in the dance. And despite his absence from the streets, the music video featured a clip from a past interview where he explained, “Vybz Kartel is just doing music, making products and overall making money” and, to this day, he has held true to his purpose.

It was one of the hottest summers of the decade before July 2019; the previous record-hot month was July 2016. So Vybz Kartel’s Fever, released in June 2016 was more than appropriate; the TJ Records-produced track actually became the summer anthem. It was the second Billboard R&B chart entry for the artiste, which peaked at No. 36 and then gained the No. 1 spot on the iTunes reggae chart the following year. It was also on his album King of the Dancehall released simultaneously, that also did well.

The popularity of Loodi, a collaboration with the now fan-proclaimed ‘princess of dancehall’ Shenseea, may not have resulted in a domino effect for the game after which the track gets its name. Yet, the single and the Gaza boss have been celebrated as the reason Shenseea got a breakthrough in the dancehall and garnered a wider following throughout the Caribbean.

As the dancehall track states, Vybz Kartel may have been ‘Under Water’, but he certainly was not drowning. Instead, he was the one responsible for the catchy and provocative tunes like Under Water and another titled Best Friend that hit speakers like a tsunami.

An icon in the eyes of many up-and-coming dancehall artistes, not only for his lyrical dexterity but an obvious understanding of music marketing, that even spending eight years behind bars did not result in a void of Vybz Kartel. The incarcerated entertainer and the producers of tracks like Any Weather, Scorched Earth and Drone Dem did an impressive job in maintaining a strong and possibly the greatest presence in dancehall. Collaborations Beat Dem Bad, featuring fast-rising act Squash; Like I’m Superman with his closest protégé Sikka Rymes; and the cosmic afrobeat production Shape Nice with Dre Skull and Afro B, for supporters secured his musical ticket to travel on global stages. He was also the most streamed entertainer out of Jamaica last year.