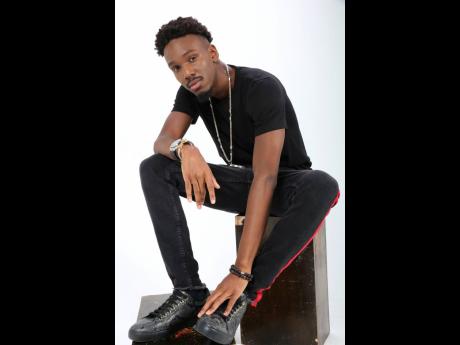 Rap music accounts for a large percentage of music being streamed in the United States, and despite the claim of some local producers that the fusion of that genre with dancehall will not be a successful one, there are artistes like Maryland-born and -raised Ja’Roy who are under the impression that the pairing of both genres will only produce great results.

“I believe a lot of rappers and even singers of this generation kind of add a little bit of pop to the overall sound of Caribbean music,” said Ja’Roy, given name Jordan Weekes.

The up-and-coming rapper-songwriter, who has deep ethnic ties to the Maroons of Moore Town, says he has always been passionate about the musical style possessed by Caribbean people, but living overseas, he gravitated towards other genres. Now, the growing popularity of rap music and the development of trap dancehall have sparked the young entertainer’s interest to collaborate with others in the industry that share similar roots to the Caribbean.

Ja’Roy said: “I identify rap, hip-hop, as well as R&B as huge genres, but I believe people will see more artistes with the capabilities of manipulating the genres exceptionally, emerging on a much wider scale.”

He made a trip to Jamaica in 2017 where he met with legendary duo Sly and Robbie. The 23-year-old says both producers exposed him to their methods of making music. While here, he also recorded with dancehall artiste Iyara. Last year, Ja’Roy collaborated with Jamaican singjay Honorebel who is based in South Florida for a track titled Flaunt That. Halfway through the song, his smooth melodies transition effortlessly into Honorebel’s creative modern style of toasting (the Jamaican equivalent to rapping), changing the beat to a groovy fusion. Canadian singer-songwriter Tory Lanez is also featured on the track.

“Honorebel saw the potential in my talent; the Tory Lanez feature was actually his but he let us take the lead on the song instead of himself, and I am grateful to him for that,” he said.

“Still, having the singjay on the record brought such a creative international sound that gives the song the leverage to be played anywhere. It was almost like three completely different styles that complemented each other on one production.”

Ja’Roy did not share any opinions of the local rap-dancehall fusion productions but said that from his own experience, he was able to see at first hand how differently music is perceived in Jamaica, in contrast to the US.

He told The Gleaner: “The trip was important, firstly, because that is where my roots are. But while there, I learnt that the music industry was poles apart from what I am usually exposed to, and the whole idea of using live instruments, no matter the genre, adds a lot more depth to the sound of the music.”

He would like to collaborate with other artistes from Jamaica, namely Popcaan and Koffee, to create something special.

“To learn from Popcaan how he approaches the core of Jamaican music would be a bonus, but I believe our lyrical and performance styles, as well as Koffee’s, would complement each other. That could, in the end, produce something special. I’m not afraid to attack any genre whether it is rap or dancehall, you name it, and I think knowing I have good ties with the Caribbean listeners will be appreciative and accepting of my creativity,” he said.