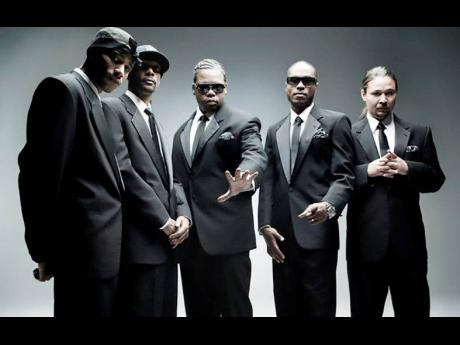 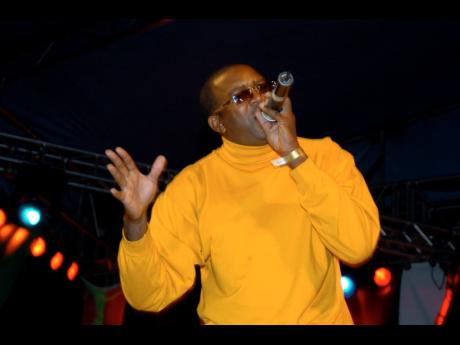 For his newest album project, dancehall deejay Papa Michigan had one desire: for it to be different. And, fortunately for him, the man who wears “different” like a badge of honour, DJ DreGhost, was only too happy to oblige.

“When he said he wanted something different, I was on board. Different is my middle name,” the sought-after producer told The Sunday Gleaner from a hospital waiting room in Los Angeles last Wednesday. A superexcited DJ DreGhost was eagerly awaiting the arrival of his first granddaughter, but he still managed to retain some of the joy associated with his Michigan project. The album is titled Put Your Loving On Me, and Grammy winner DreGhost produced six of the tracks.

“I’m excited for both of us,” he shared. “The album sounds great. I enjoyed working on this project. We finished up yesterday, and today, I’m having a granddaughter. (I have a grandson, too.) To do something with Michigan is great. He’s a legend, and I love working with legends.”

But frankly speaking, producer DreGhost is himself a legend whose name has long been associated with heavyweight American rap group, Bone Thugs-n-Harmony. His music has appeared in the movie Barber Shop and is used often by major network television programmes Fox, MTV, VH1, ESPN, in their programmes and/or commercials.

Listed as one of the original innovators of rap music, his early influences came from such artistes as Earth Wind N Fire, Rolling Stones, Parliament Funkadelic, Pink Floyd, and Jimi Hendrix. He confirmed to The Sunday Gleaner that his first major project came when he co-produced East 1999 for Bone Thugs-N-Harmony. The album East 1999 broke The Beatles’ 30-year record for the longest-standing #1 album and won a Grammy Award. DJ DreGhost’s production of their single, The Cross Roads, reportedly sold two million units, propelling Bone Thugs-N-Harmony to supergroup status.

A fan of reggae

DreGhost was introduced to Papa Michigan about a year and a half ago by a mutual friend, but he already knew of the Jamaican entertainer. “Of course, I knew about Papa Michigan and Smiley,” he said of the duo which had a series of smash hits in the ’80s. “I have always been a fan of reggae. Bob Marley, Gregory Isaacs, Buju Banton are up there. I also like soca. Actually, I listen to everything and mix it like a gumbo,” he said.

DreGhost and Michigan formed a natural bond, which, not surprisingly, transcended into a musical collaboration. He gave the deejay a few tracks, which Michigan took to Jamaica and did his thing, which, according to DreGhost, “blew me away”.

Papa Michigan’s 13-track album comprises remixed and brand-new songs that are written and produced by him, along with a cast of cutting edge co-producers, engineers, and musicians.

Put Your Loving On Me, the title track, enjoyed its pre-release in September 2019, and Michigan says that it has made its way into the top 10 on charts in the Caribbean as well as globally in Africa – Nigeria, Ghana, Gambia, and Senegal; Europe – the UK and France; and the Americas – USA, Canada, Mexico, Colombia, and Brazil.

“The single is doing way better than I had even imagined. I wanted something different for this album, and I am happy with the outcome. Thanks to all the persons who worked with me on this project. Sometimes, in life, you meet persons who, in no time, become family, and that’s the vibe with me and DreGhost,” he said, echoing DreGhost’s own sentiments.

The album, Put Your Loving On Me, will have its official launch on January 20.

Papa Michigan made his name with hit songs including Rub A Dub Style, Nice Up de Dance, One Love Jamdown, and Diseases.