‘Saluters’ see the calmer side of Chronic Law - Bogdanovich, Beenie Man want St Thomas artiste to work on his craft 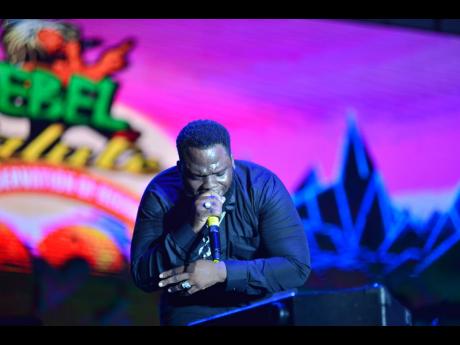 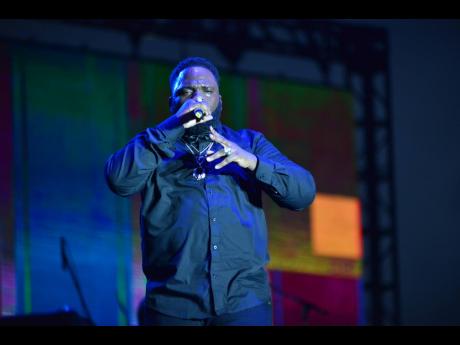 For the reggae and dancehall fans present at Rebel Salute early Sunday morning who wondered who Akeem Campbell was, their curiosity was satisfied when one of 2019’s breakthrough artistes, Chronic Law, stepped on to the stage as the sun rose in the east from whence he came.

The St Thomas-born artiste was given the challenge to reveal a new side to himself but decided to keep it simple.

“I understood that I had to be a different person,” Campbell told The Gleaner following his 20-minute performance.

“Akeem Campbell kinda calmer than Chronic Law, who is darker, but what I want people to know is that both sides have love same way,” he explained.

No more than a year since his ‘big buss’ as Chronic Law, the entertainer was still in a state of euphoria, overwhelmed by the swift trajectory of his deejay career.

Wearing a pacified demeanour, Campbell supported by Ruff Kutt band delivered his breakthrough hit, Hillside, and other top tracks like Circumstances and Friend Killer, marrying his usually high-energy set and innate personality with little expectations of the ‘for better or worse’ crowd reactions.

“If it is anything, me being one of the headliners on a big show like Rebel Salute, me a tell yuh seh Tony Rebel me not even know how much thanks fi tell him,” he said as he reflected on the past year.

“I don’t even know what to tell him fi even acknowledge my talent and reach out to me.”

The entertainer also expressed a desire to have an album released as Akeem Campbell.

As interesting as that project would be to his audience, music professional and the owner of Downsound Records, Joe Bogdanovich, said there needs to be more building on the brand Chronic Law.

“I prefer the ‘Chronic Law’ and I think, when I look at some of the greats like Beenie Man, I mean Moses Davis, performing after him and has done all that [album production using birth name], he is a legend who is comfortable with the people; brilliantly talented and uplifting. Only special people in the industry can handle that and, again, he’s been around for a while,” Bogdanovich said.

He added: “It’s hard to discriminate against anybody but I was here to look at Chronic Law, to see how the 6ixx generation is doing and it is great to see a youth from St Thomas that can keep his head together with all the kinds of pressure, so that’s exciting for me to see new generations forming and hopefully do well in the mixed-up world.”

Campbell basically opened for Beenie Man who, like the Hillside deejay, was billed on the music festival’s artwork with the name of his birth, Moses Davis.

In true mentorship form, Davis explained, “Chronic Law is a bad artiste; him have lyrics but him need to get the stage and learn fi deal with the people dem. Yuh nah deejay for yourself … yuh nuh inna di studio, yuh on stage.”

In the same breath, the proclaimed King of Dancehall shared that he was in an exuberant mood following his own performance.

“I am feeling great, no different from yesterday morning because this is what I do,” he said.