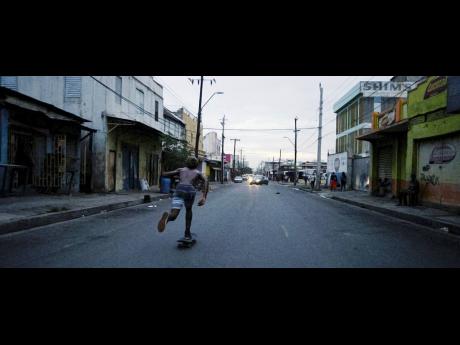 Contributed
A frame from ‘OUT DEH: The Youth of Jamaica’. 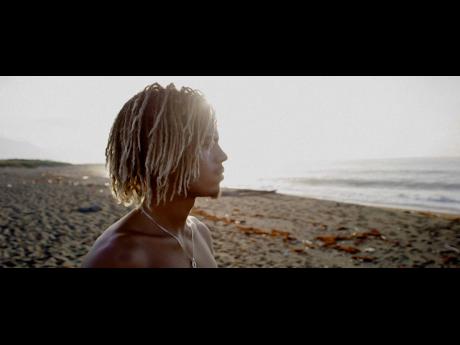 Contributed
Pro-surfer Elishama Beckford looks off into the horizon in a scene from a new coming-of-age documentary, ‘OUT DEH: The Youth of Jamaica’. 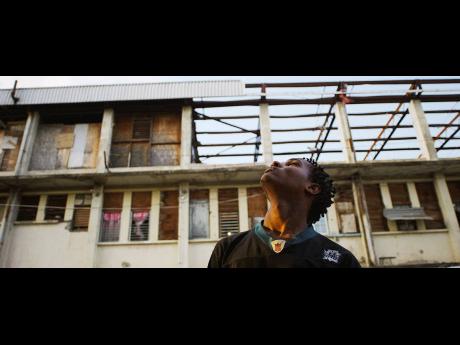 Contributed
Tivoli Gardens youngster Romar Rose looks past the building rafters, in a scene from Louis Josek’s documentary film, ‘OUT DEH: The Youth of Jamaica’. 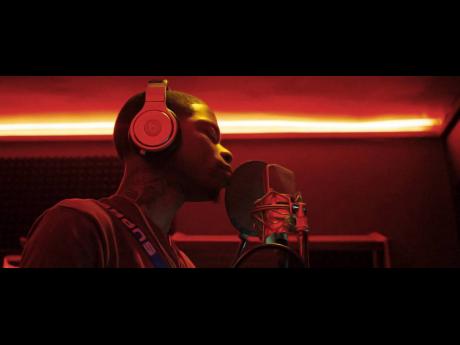 Contributed
Local rapper Bakersteez captured in the recording booth in a scene from Louis Josek’s directorial debut, ‘OUT DEH: The Youth of Jamaica’.
1
2
3
4

What do Jamaica’s first professional surfer, a rapper, and a young Tivoli Gardens resident have in common? Well, Elishama Beckford, Bakersteez, and Romar Rose are the stars of OUT DEH: The Youth of Jamaica, a documentary film by Louis Josek. Shot in Jamaica, Japan, and Hawaii, the film examines these young men as they strive for their individual goals, all from different backgrounds and all with unyeilding belief in themselves. According to the director’s note, OUT DEH aims to present Jamaican youth as a generation in transition, determined to break out of old societal structures and cultural norms and contribute with their fresh perspectives and new understanding.

“It doesn’t matter where we are from. While growing up, we all face similar questions: Who do I want to become? What do I want to do? Who am I? [These questions] connect youth on an international level. The courage, the belief, and the strength of the youth of Jamaica in their search for these answers was the reason why I wanted to do this movie. This is what inspired me, what made me believe in my dreams, too, and what I hope will inspire many more young people in the world,” Josek told The Sunday Gleaner.

Josek’s own inspiration struck five years ago while visiting Jamaica for the first time and being “welcomed by a young generation of Jamaicans, determined to get out of old and set structures in society and culture”.

“We came from totally different backgrounds but were within the same generation. The resulting mutual understanding and trust was the base of our movie. It was quite hard to switch in-between the two different roles I had during production. On one side, I am just a good friend. On the other, I was the director with the objective view on the scene,” he said.

Moving between the two perspectives was sometimes difficult for the first-time director, whose production began in 2015 and wrapped in 2019. Guidance from his director of photography, Tristan Seifert, focused the sometimes elusive, objective view. “It was his first time in Jamaica and he didn’t know the characters before. He was able to approach our very personal story with an objective camera,” Josek said.

The director hopes that the film encourages respect and compassion for young people not only in Jamaica, but all those who follow their visions with courage and commitment.

“I am proud of this new generation – of Shama, who became the first professional surfer of Jamaica; of Daniel (Bakersteez), who added a new sound to the Jamaican culture; of Romar; who became a father after having lost all of his family in Tivoli Gardens,” narrates the documentary director’s note. It continues: “We dreamed together, we saw each other grow, we saw each other fall and tried to help each other to get up again. We understood fast that despite our different starting points, in the end, we are all facing similar questions: Who do I want to become? Where do I want to go? It is important to understand that we have to take care of each other. Why should we go alone?”

“We won the Best Music Documentary Award and were a nominee for Best Documentary, Best Cinematography, and the International Documentary Competition at the Santa Barbara Film Festival,” Josek shared.

The local premiere screening of OUT DEH took place at Carib 5 last Thursday.

OUT DEH’s festival premieres will ­continue to the end of February. In March, the film will tour 12 European countries, with screenings in over 60 cities. After the tour, the film will have an online premiere on Red Bull TV.