Wall of Greats brightens Studio One 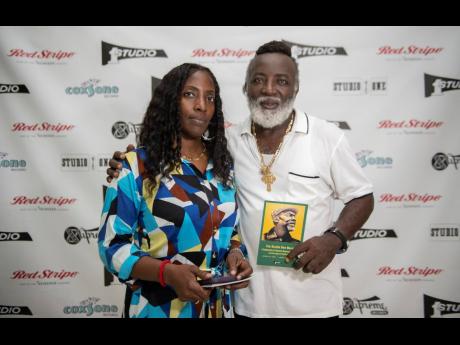 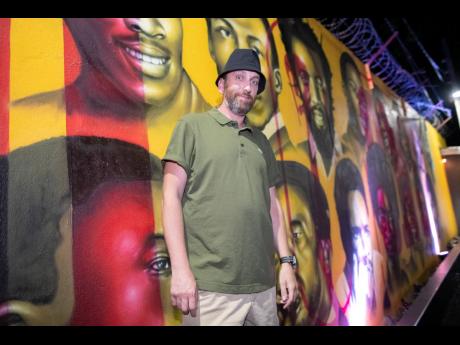 Gladstone Taylor/Multimedia Photo Editor
UK-based graffiti artist Andrew Parle stands in front of the mural that he created in celebration of the legacy of Clement ‘Sir Coxsone’ Dodd and Studio One. 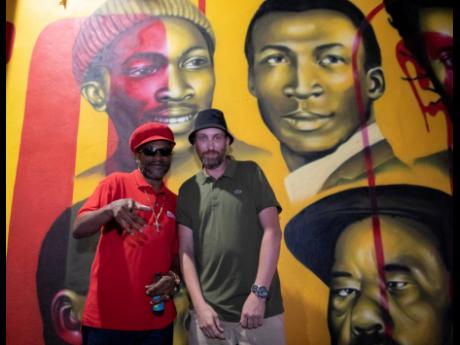 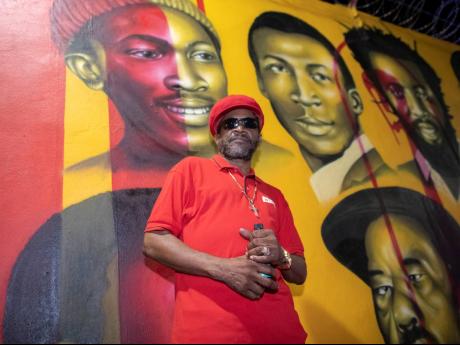 Gladstone Taylor
Lone Ranger poses in front of an image of his younger self at the unveiling of the Studio One Mural: A Celebration of Clement Seymour Dodd and the Legacy of Studio One.
1
2
3
4

If the walls of Studio One could talk, the stories of some of Jamaica’s greatest musicians and recording artistes to emerge throughout the 1950s to 1970s would surely come to light – as vivid as the one that illuminated the mural that was unveiled last Tuesday evening at the proclaimed birthplace of rocksteady, the precursor to reggae music.

The mural, a celebration of the studio’s mastermind, Clement ‘Sir Coxsone’ Dodd (born January 26, 1932) and its legacy, was created by UK-based graffiti artist Andrew Parle who told The Sunday Gleaner that he wanted to bring the family’s vision to life.

“These are all Studio One images, and I feel blessed being here and actually meeting some of the artistes inside the cradle of the genres of music of which I am a fan,” Parle said.

A primarily yellow background with a splash of red and green over spray-painted melanin portraits, Parle’s depiction of the young faces of the musicians was, at first glance, an eye-opener and reminder of some of Sir Coxsone’s trailblazers that have passed. Lone Ranger, Jim Nastic, Horace Andy, and Freddie McGregor were present for the event and all said that they were pleased with the tribute. Parle also did a live demonstration, adding Papa Michigan and Smiley’s portrait on another wall inside the premises, and Michigan was there to witness the entire process.

Sir Coxsone created a premiere place for talented minds to gather in the wake of Jamaica’s independence, which allowed for artistic freedom for them as well as him. He formed the framework of a slower rhythm to ska and the rhythm and blues of the Americas with its infectious bassline, which for many, inspired them to rock steadily, hence the idea of rocksteady. The producer invested in exclusive recordings, his vision from the studio’s inception, which he would play on his sound system and from there became instrumental in the exportation of the reggae sound around the island and later, globally.

“This is just the first phase of an idea the family plans to expand over a period of time. The final phase will be to open up our doors and welcome people into a beautiful museum filled with awe-inspiring cultural history,” said Carol Dodd, daughter of Sir Coxsone, of the starting piece of a larger vision.

She added: “Most of the external surfaces will have murals. It was something I have thought about for a long time, but it had to be done by an individual who could bring the right vision and understood what we were looking for. As far as local artists go, I would like to invite students to watch the process the next time around.”

As the family fulfils the vision for the renaissance of the property, it is also in the process of archiving over 5,000 tapes recorded and manufactured there.

Carol’s hippocampus awakened in the unveiling of the mural. She said: “As a young girl being raised at her father’s studio, it was intriguing for the children to watch all the musicians record and also getting kicked out of some of those sessions if we made noise.”

She recalls that the room on the second floor, one of her safe havens on the grounds, was transformed out of needing a space for persons to observe as the recording sessions were held without interruption.

“There is a lot of internal work to be done, but every day, we are working to keep the legacy alive,” she said.