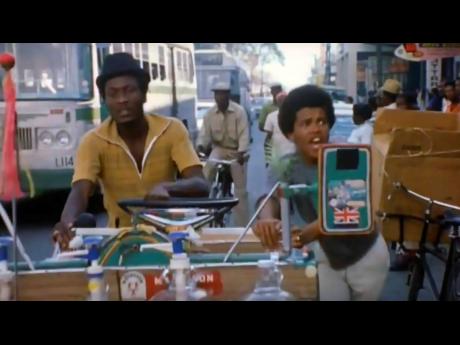 Contributed
Jimmy Cliff (left) and Volair Johnson as the pushcart man in the 1972 film ‘The Harder They Come’ directed by Perry Henzell. 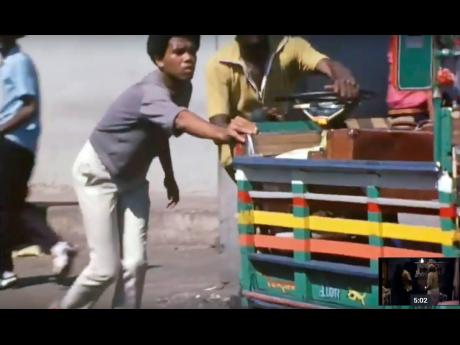 Contributed
Volair Johnson as the pushcart man in the 1972 film The Harder They Come directed by Perry Henzell.
1
2

Volier ‘Maffie’ Johnson performed in his first theatrical production while attending St Andrew Technical High School – a pantomime filled with newsworthy jokes and music. The small-school productions prepared the budding thespian for the next role in the pipeline, he says, while at the same time having renowned playwright and film-maker Trevor Rhone as his speech and drama teacher. Rhone invited the young actor on to the set of what has been called one of the most influential films to come out of Jamaica, The Harder They Come, directed by the late Perry Henzell.

An actor for more than five decades, Johnson says there have been so many changes in the film and theatre scene with the advent of technology; the time to shoot is different, but one thing individuals aspiring to follow that career path should trust in is small roles.

“From the pantomimes, Rip Van Winkle and A Christmas Carol, to the first real movie produced and directed here, of course, the invitation to be on set of The Harder They Come was accepted,” Johnson told The Gleaner.

He landed a role as the pushcart man to steal the belongings of Ivanhoe ‘Ivan’ Martin, played by the young musician Jimmy Cliff.

“It was the 1970s, before leaving school to pursue a professional career. Filming downtown is the part that stands out in my mind. The first thing I had to learn was the correct method of pushing a handcart and controlling it from East Parade to East Queen Street on a busy thoroughfare,” he said.

“Everyone had to be stopping throughout the filming to ask the public not to stare in the camera. The moments are still fresh in my mind, and while the time spent is short on film, it took a day and half to shoot it for the mere fact that people were still going about their day-to-day activities.”

After Rhone introduced Johnson to that set, he went on again to drive a taxi in the film Milk and Honey and held numerous roles in TV programmes in the 1970s through to the ‘80s like Life With The Littles, Around The Browns, and several scenes in Lime Tree Lane. Johnson says that he has not watched the film more than three times and does not watch any of his work from the past, so as to avoid being critical of his younger self.

“I don’t like to sit and watch my work. Nowadays when I see clips of the past, I say, ‘This is how me did look when me young’, but I encourage persons to go and see it. At that time, we only heard that we were doing something for Jamaica and hoped it would make it large on the movie scene but never expect it to become so treasured.”

Reggae Month, often aligned with Jamaican music, has become more inclusive with the addition of Reggae Films in the Park and with the endorsement of events like 10A Flimshow at the famous Henzell property at West Kings House Road, where The Harder They Come actually opens the screens this Wednesday at 7 p.m. Johnson, who is currently part of the cast for Krazy But True with Oliver Samuels, said that he remains surprised at how successful the film turned out and how people still remember it.

“I know at one point, the idea of a remake or sequel was put on the table, and I would love to see that. With events like those by the Reggae Month organisers and their associates, younger people will be exposed to more, most of who don’t even know where the culture is coming from. As far they know, the culture starts with a computer device in their hand not that it has been building over the years and coming a long way,” Johnson said.