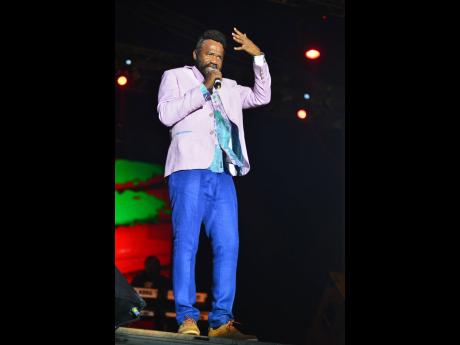 Kenyon Hemans
Tony Rebel during his performance at Rebel Salute 2020. 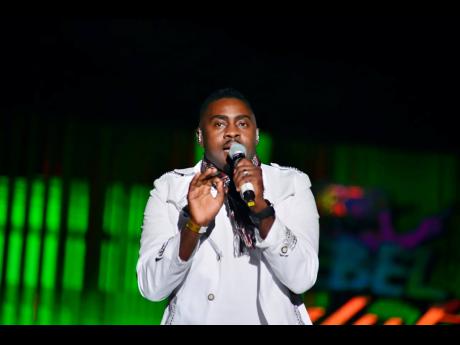 Within the last decade, gospel music has appeared to break free of barriers with regard to the style and space in which it is presented so much so that the vessels of praise and worship, the recording artistes, are being invited to larger platforms not limited to the spreading of the Word of God. On a deeper level, the invitation for gospel entertainers to perform on secular stage shows or festivals speaks to inclusivity, said reggae singer and executive producer of Rebel Salute Patrick ‘Tony Rebel’ Barrett.

“For Rebel Salute, I brought the comedian, the lover’s rock man, the dub poet, and, of course, the musical ministers, and I try to incorporate all of them because all of these elements make our culture what it is,” Tony Rebel told The Sunday Gleaner.

He added: “It is important that we, as promoters of the culture, be inclusive, and as a Jamaican, involve the healthier aspects of our land.”

“We find many Christians will ask about the line-up, and many of my relatives who are Christian will tell me they want to attend the stage show, and I am pleased when I can say, ‘Well, Jermaine Edwards is one of the acts billed to perform. If you don’t want to come for anything else, come because he is going to be there’,” he said.

According to Edwards, the idea including individuals who are labelled musical ministers on a reggae or dancehall platform is praiseworthy.

“It is not just about putting a gospel act on a show that is marketed to a reggae or dancehall audience, but it is about how music appeals to a wide cross section of people. It is wise to have gospel singers to add positivity. Looking at the crowd response, in a sense, it is more a feeling [the music gives],” Edwards explained.

The No Weapon singer said that no stage should be left untouched by gospel entertainers. “Even though not all will cross over to the wider music space”, the messages of the songs still transcend the borders.

“I have had persons in the dancehall ask about marketing strategy only because they observe persons in the space knowing the lyrics to my music even when it is not necessarily played on secular stations. My song that sings, “no weapon that forms against me, shall prosper”, Selector Boom Boom seh it buss now. I hear it pull up in the Uptown Mondays over five times … . It goes to show that people want to hear that style of music, and the more it is heard, the more positive energy is being spoken into the lives of the people,” he shared.

Stage shows, music festivals, and weekly street parties are a far cry from the traditional values of the Church but a great platform to influence change, said Stephen Blake, who has made it part of his mission to make his presence felt inside the dancehall.

Uptown Mondays, Boasy Tuesdays, Weddy Weddy Wednesdays, Day Rave Thursdays, and Boom Sundays, to name a few, are some of the events that the proclaimed ‘Pastor of the Dancehall’ has scouted as a means to take his sermons to Kingston, the street dance capital of Jamaica. To certain ears, it may seem as invasive, he said, “especially for individuals who use the party space to let loose”.

He continued: “Not everyone is going to be happy when dem step into the dancehall to see me a preach, perform, or observe. it mek dem rethink their behaviour. naturally, they want to carry on as they usually do, but out of respect, they do not.”

Blake’s musical catalogue comprises gospel tracks Far Away and Praise the Saviour as well as secular-sounding ones like God Ah Me Boss and Touch Down (Inna Di Pulpit), a remix to Stylo G’s high-energy dancehall track, and at least one is usually part of the pastor’s street dance sermons. He says he remains determined to build a ministry that goes to places that do not normally inspire ideas of sanctity.

“To many, the message of gospel music is powerful, and few think our actual presence is an inconvenience, but it is never mine, and I am sure not the intentions of the artistes, to invade the non-church or non-Christian spaces, but to contribute at the cultural and spiritual level,” Blake concluded.