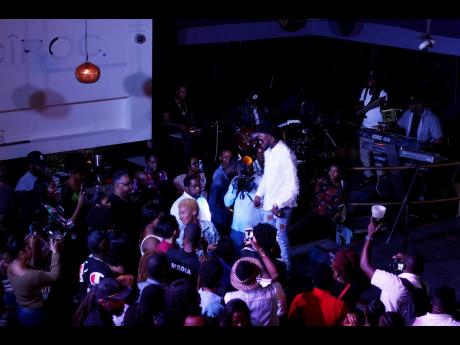 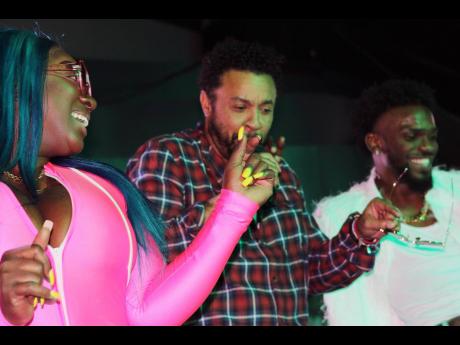 Stephanie Lyew
A collaboration between Spice, Shaggy and Kemar Highcon on stage beats listening to the recording, as the chemistry is visible as they have a little fun. 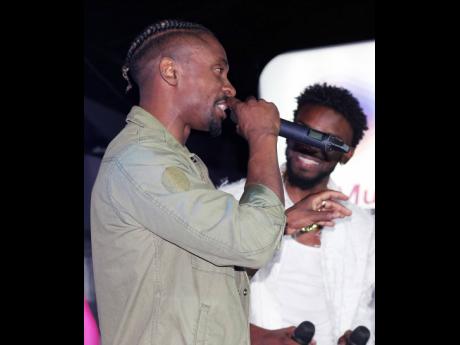 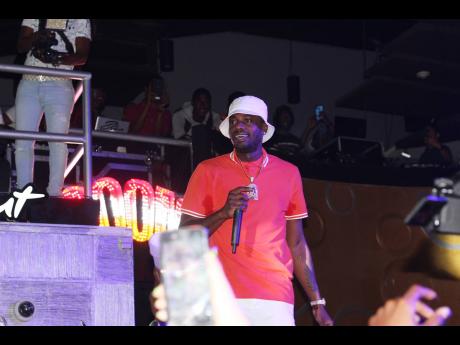 Stephanie Lyew
Ding Dong stands up to take the microphone for a few seconds. 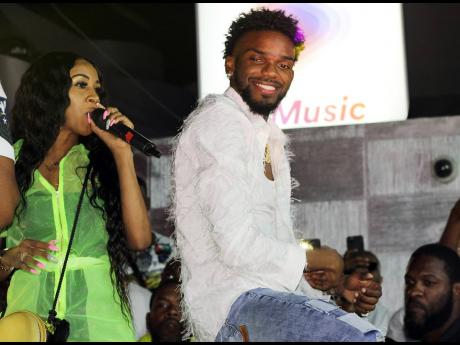 Stephanie Lyew
Vanessa Bling models on to the stage and stirs up the sauciest of songs. 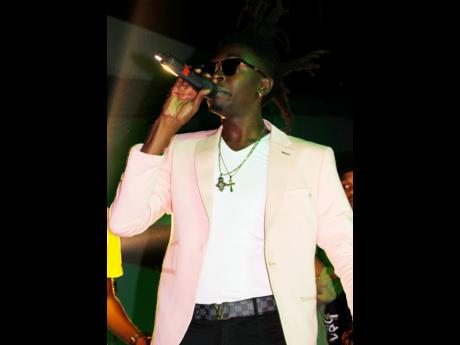 Stephanie Lyew
Tamo-J was a picture of class when he stepped on to the stage at Kemar Highcon and Friends last Tuesday, February 11, inside The Meca at Marketplace. 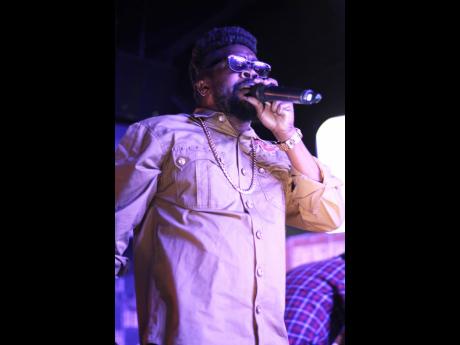 Stephanie Lyew
Dancehall veteran deejay Beenie Man gets in on the action inside The Meca. 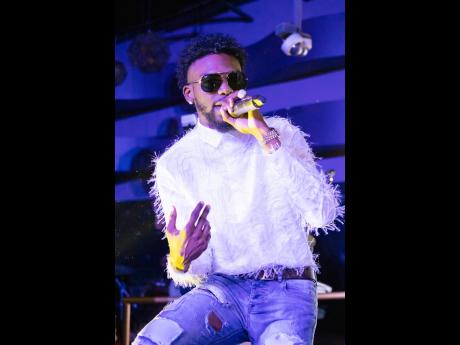 Stephanie Lyew
Kemar Highcon gets into the zone, as he gives a live performance of his album Sauce is Forever at his listening party last Tuesday, February 11, held at The Meca, Marketplace.
1
2
3
4
5
6
7
8

Judging by the turnout of major music industry players – in the audience and on stage – at Kemar Highcon and Friends, it could be said that the future of dancehall is in good hands. The ‘Sauce Boss’ hosted the official listening party for his album Sauce is Forever on Tuesday, at The MECA inside Marketplace, which got off to a slow yet sound start.

Individuals were prompted to secure headphones provided by Silent Noise to hear what sauce the artiste was preparing to serve up but, expectations up in the air for an appearance by the man of the hour, some guests opted to abandon the listening devices and wait for the feature presentation.

Speaking to The Gleaner backstage, Kemar Highcon explained, “I feel like my career is at a stage where it is in demand for me to show the people that a body of work exists, and for me, it was important to get the team together to execute this live production.”

He says that last year ended on a “saucy note”. With him making a mark in the industry and landing corporate deals, the possibilities are endless. With assistance from corporate outfits Digicel and Pizza Hut, Ranch Entertainment and Solid Agency were able to pull everything together.

“Maybe it is the start of greatness. I am waiting to see what becomes of the listening party dubbed Kemar Highcon and Friends, and who knows the potential for it to grow into something bigger,” he said.

Powerful and versatile acts supported the ‘new kid on the block’ with saucy sets on the small stage set-up. Shaggy, who was named the host for the night, and Spice, the proclaimed queen of dancehall’s stage – both of whom are featured on the remix of Kemar Highcon’s breakthrough hit So Saucy – opened the floor for a long list of hitmakers.

There were hardly enough microphones available. Agent Sasco, Tamo J, Beenie Man, Vanessa Bling, Christopher Martin, D Major, Laa Lee, Jah Vinci, Shizzle, ZJ Liquid and Ding Dong all shared the spotlight as they demonstrated their freestyle skills on a reggae and dancehall one-drop beat and cheered each other on. From the lyrics of Wickedest Slam to Beenie Man declaring, ‘Me a one burner man, me have one gal, she upstairs inna club she name Krystal’, to a single line out of Vanessa Bling’s Independent Ladies and the gimmicks of Watz on Sale and Quack Quack from Laa Lee, the audience was left in stitches and out of breath.

Kemar Highcon expressed non-stop gratitude to the entertainers, most of whom he said had some influence on his career.

The united front, he said, “is nothing rehearsed, it’s just respect. I will be doing more this year to make sure I am always serving up sauce like this. I think all this came about because I just be myself … and I believe it is the reason companies select me to represent their brand.”

Adding to that, marketing officer at Pizza Hut Levene Sheriff told The Gleaner, “Kemar Highcon, as a new and up-and-coming artiste, we see the possibilities for us, as a young brand as well, to align, grow together and support each other. It helps that the So Saucy deejay came out strong and flavourful with his friends, which is what our brand does on a regular basis with our own products. I think we all performed well in the space tonight.”