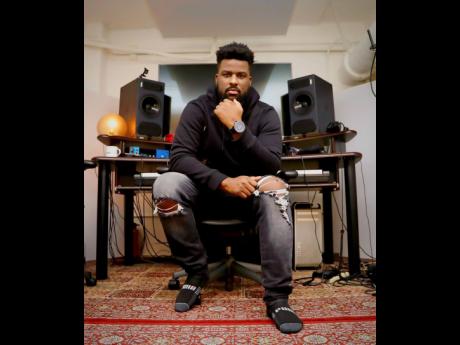 Mix engineering is an essential part of the music-making process. Before any song hits radio – before the CD hits the case or the vinyl hits the jacket – it must be mixed. Essential as the role is, these engineers often remain shadowed in their recording studios. They are credited, rewarded and mostly unseen. For that reason, local practitioner Andre ‘Dre Day’ Ennis is stepping out to let the world know that while music seems to revolve around singers and entertainers, the industry turns because of people like him, in the shadows – the mix engineers who make songs sound good.

“It’s a big business around the world. Everybody wants to make songs, and all of these songs have to be mixed before they go on radio,” Dre Day told The Sunday Gleaner.

Dre Day identifies himself as a producer first, but his mixing repertoire could rank him as an expert in that department. Though the statuette won’t arrive for another couple months, Dre Day is celebrating his recent Grammy win, for work done on Koffee’s history-making Rapture EP.

At 33 years old, Dre Day has been in the music business for about 15 years. His interest started when he was in grade nine. “I jumped straight out of 11th grade. I didn’t even finish school yet, because I got an opportunity from a friend who knew someone in Miami who built a big studio. I had the opportunity to go up and just sit in the studio for three to four months, and just shadow people working. I just watched and learned, just taking notes and building,” he shared. There, Dre Day found himself in the presence of people like ‘Mr Worldwide’ Pitbull, and legendary bass player Robbie Shakespeare. On his return to Jamaica, he kept the same energy. “It was straight studio,” he revealed.

Heeding the immense exposure and expert practice he witnessed, Dre Day didn’t stay an apprentice for too long.

Dancehall fans will recognise his production work in songs like You Make Me Feel and Bad Inna Bed by Kalado, or Tan Tuddy and Summer Sun by Aidonia. He has also produced for Konshens ( Jiggle Jiggle). As modestly as he could, Dre Day closed off his production credits reveal with a big one, Cheap Thrills by Sia featuring Sean Paul. “That song was recorded by me, in my studio in Jamaica. Millions of YouTube views and all these things,” he said.

Production credits aside, Dre Day is interested in being recognised for his mix engineering – a skill developed over time. But he also wants it noted that though this skill and its contribution to the soundscape is not readily acknowledged by the general public, people get Grammys for it.

“One song or one album goes a far way. There is a lot of contribution there, wherein everybody can get a certificate for a Grammy, once you have played a valuable part in the project. From the background vocalists, the studio where the song was recorded to an assistant engineer – anything that have to do with the song. You coulda write two or three lines. Once you get the credit and it’s on the details of the project, you can apply for a certificate,” he advised.

Because of all the years Dre Day has put into his work, he’s not sure that someone can get up tomorrow and mix some Billboard number-one or some Grammy-winning songs. For him, it was just tirelessly mixing every day.

“I can mix a song in a day. A song can get mixed in a week. Sometimes you get a song to mix and it’s very rough. You have to put in a lot of work in the vocals. These artistes sometimes off-key. People like Koffee, she was always on key.

I never had to worry about keying. But other people, you get other projects and it may be upcoming artistes and you have to do a lot of Melodyne-ing, key changes and auto-tuning.”

He continued: “I’ve mixed so many songs. I’ve mixed for all of the distributors and artistes in Jamaica. I’m getting ready to put all my mixing and song credits in a catalogue, because it’s a lot of songs.”

And the list will continue to lengthen. Dre Day recently finished mixing some songs for soca star Machel Montano. He is currently working on songs from Masicka, Charly Blacks and an album by Agent Sasco. Also mixed by Dre Day is the recently released Paradise by Tifa featuring Stonebwoy.