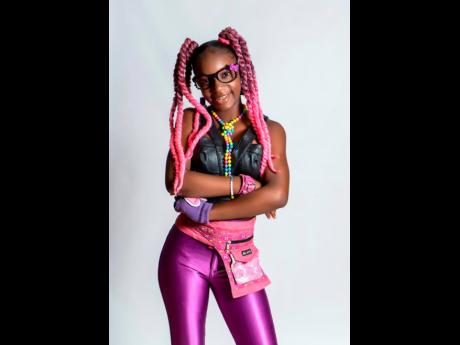 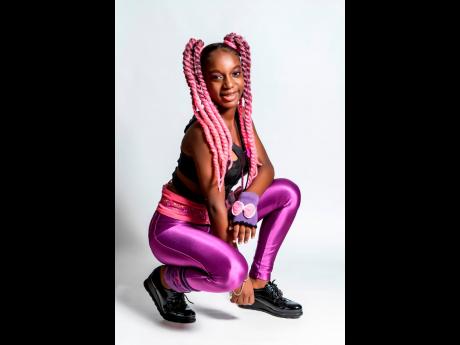 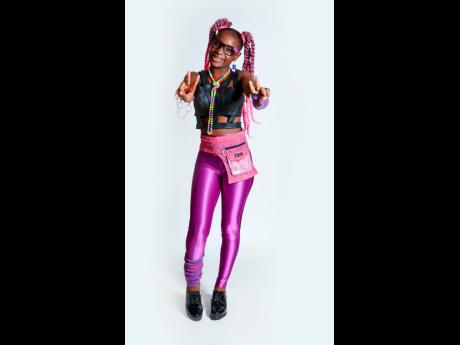 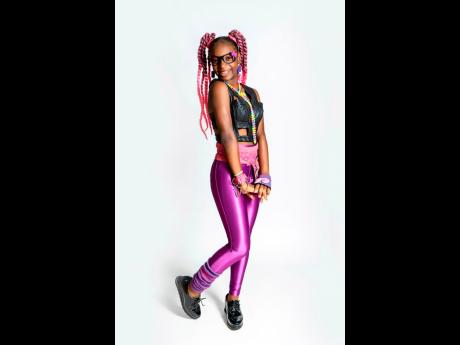 It appears that dancehall entertainer Unknown Gringo is not the only person inspired by the popular riddim and catchphrase of Skillibeng’s hit, Brik Pon Brik. Thirteen-year-old Julanda Frater says what was just her word play has turned into a strong single.

“At first, it was just me playing around in the company of my cousins, saying ‘book pon book’, instead of what everybody else was used to hearing,” Julanda told The Gleaner.

She continued: “Then it started to develop more and they said, ‘No man, yuh have to make a remix of the song’, and then I got an opportunity to go into a studio and record it.”

Julanda, a second-form student of St Hugh’s High School, formerly of New Day Primary and Junior High, says she has written other songs for friends about the typical life of a teenager, but her debut, titled Book Pon Book, is the first she has recorded. She’s not the first to deejay the catchphrase ‘book pon book’, social media comedians like Itz Mickzz, aka ‘Instagram Hero’ and Pipi DWL, as well as some students of Mary Mount High School have done their versions, speaking about school, and posted them online.

“It was not hard to record, took me less than one hour,” she said. “ Book Pon Book is not really a remix, but takes the same beat; I like to think of it more as an original song sending positive message to the youths … and we need more songs like that to speak about education. My song is definitely not like the dancehall entertainer’s.”

The lyrics of the first verse, “When me tek out me maths book, no chatting allowed. Nuh ramp wid me science book, dem a mi friend of course, me good wid dem till di end a book alone me a defend”, she says is a testimony of her own attitude towards school.

She said: “From I was three I knew I wanted to be a doctor, and it still is my dream – my strongest subject is actually science – though singing and music is something I am passionate about.”

The high-schooler also plays the melody horn and guitar and is involved in extra-curricular sports such as netball and cheerleading.

She also dedicates part of the song to her mother, deejaying, “Me nah go ever fail me mother, mah go show her me strength. She deserve the best cause she never ever think less”.

“I am focused on school and my mother motivates me. When I get home, I make sure I get rid of all the schoolwork, do my homework, and in my free time I can sing and write,” she said.

Her mother, Sasha-Gaye Barrett, said she is proud of Julanda’s confidence and is looking out for more conscious lyrics from her.

“She has remained focused and I am grateful for Latonya Styles of Stylish Moves Production (the producers of the track), who coaches her and adds to the motivation. Also, her stepfather, Mario Lee, they have been integral in all of this,” Barrett told The Gleaner.

“For now, she is not performing, but I think a music video may be in the pipeline. All my daughter wants is to be a positive voice for her schoolmates and peers,” she continued.

Dancehall entrepreneur Latonya Style said that Julanda is a star in the making and very multitalented, having observed her in her Youth Dance Summer Camp for teenagers in the Grants Pen community.

“After she came to me with the song which she recorded on her phone, me seh no man, it sound good, mek me carry her go one studio. She did it in no time, with few corrections, and she picked up on the verses she needed to correct. Trust me, she leave the engineers in awe. We did it just as an introduction to Julanda. It’s not official, but we recognise she has talent and a good message, (so) right now we going with the flow ... plus, did I say she can dance too? One of the best in the camp,” the dance instructor said.