Quality sound at SR Live from the Fyah Garden 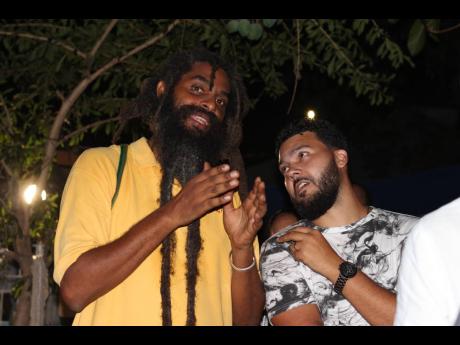 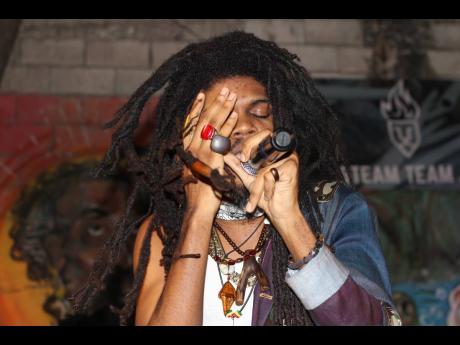 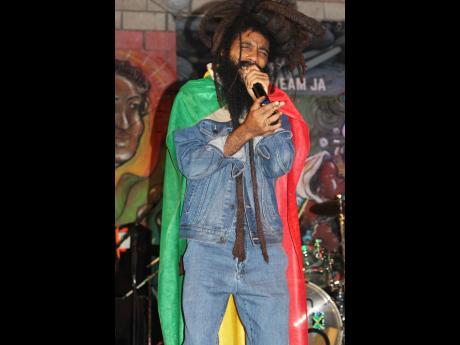 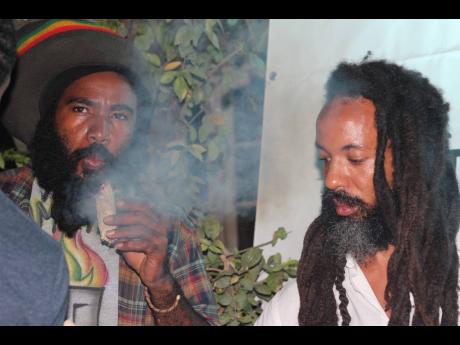 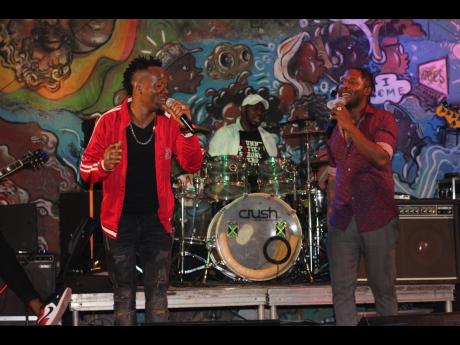 Stephanie Lyew
Reggae collective One Third stir up the lyrical vibrations. In the background is JaRIA’s president Ewan Simpson playing drums and feeling the vibes as he does it. 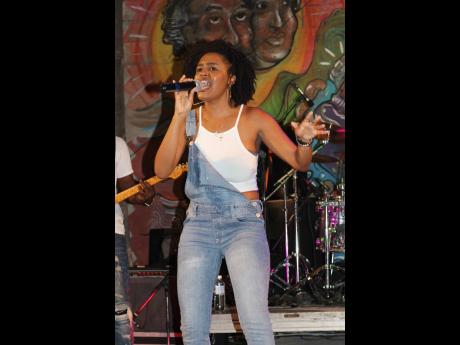 Stephanie Lyew
Singer-songwriter Rae Nicole did not come to play, commanding the microphone and attention of SR Live’s audience with high notes. 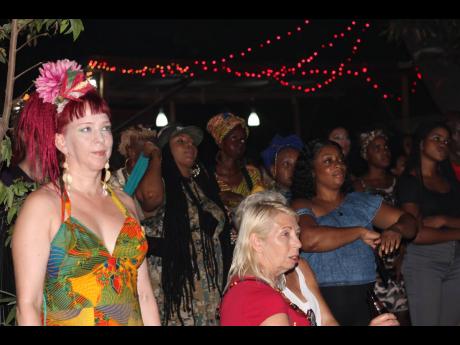 Stephanie Lyew
A section of the audience inside the Fyah Garden with all eyes front to the stage. 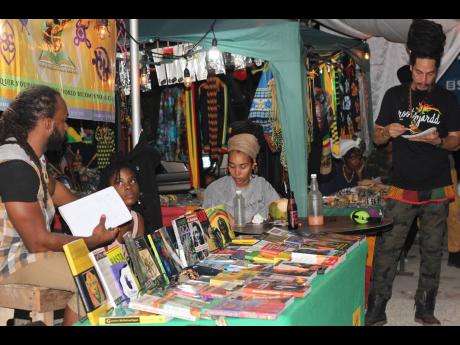 Stephanie Lyew
I-Nation Books is all stocked and ready for history and culture knowledge seekers. 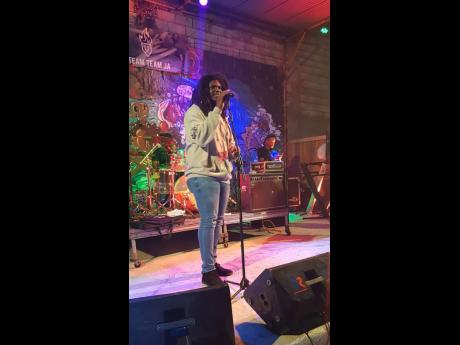 Stephanie Lyew
Mortimer enters the stage with a cool and calm attitude, which turned out to be the mood of his entire set. 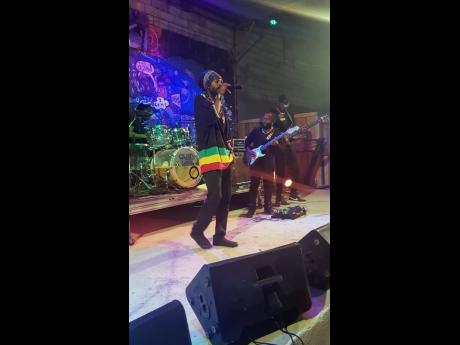 Stephanie Lyew
One of SR Live's most anticipated headliners I-Wayne gives a simple and straight to the point performance with a set that has the audience singing through the gates. 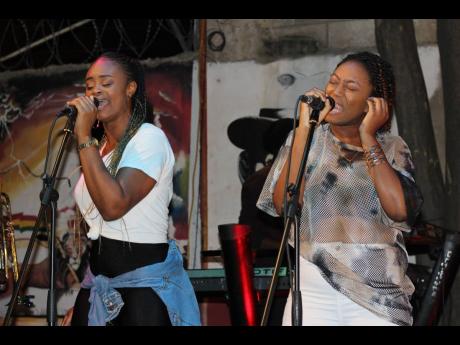 The instrumentalists of the Fusion Band play an uplifting, vivacious set that has its audience grooving non-stop at SR Live on the weekend, inviting passers-by on Greenvale Road, off Molynes Road, into a whole new world of reggae music. And there is a moment when the percussionist gently taps the cowbells or strikes the snare drum with the sticks producing a sharp sound which echoes through the speakers where the audience takes the short second to look around – at the space, at each other – before it’s back to regular programming.

The occasion was a live music and cultural showcase to celebrate 10 years of SR Music and Entertainment Factory, and these moments of sentience were countless.

The effect is seen as simple but it means a great deal to the persons responsible for the sound and the space, said Sean Francis, co-director of the entertainment company. The space, the Fyah Garden which is operated by the founder of Steam Team JA Kevin Campbell, was transformed into a small oasis in less than two months partly for the purpose of creating a hub for persons to not simply find entertainment but be educated and explore various echelons of art.

“Every year our team says we should do a show; the anniversary marking a decade of service was, call it, an excuse to do something grand,” Francis told The Gleaner.

Of the business, which he owns in partnership with Ryan Banton, he added: “The ‘factory’ is passionate about sound and we have grown tremendously from being providers of one of Kingston’s core rehearsal spaces to offering more services, renting backline instruments and PA systems for live shows across Jamaica.”

It was a gem of an opportunity to collaborate with some of the industry professionals, culture advocates and recording artistes to increase awareness and show that there is a need for quality sound and that it exists.

Even with its compact size, SR Live could be deemed a one-day festival; from their wide vendor collective selling handmade Afrocentric jewellery, books and food to nyabinghi drummers providing the “elevator music” for the yoga and meditation sessions which commenced from earlier in the day.

Next to the activities, the line-up was extensive, featuring Avante, One Third, Mackeehan, Iceman aka Slashe, Nick-ika, Indie Allen, Rae Nicole, Yaadcore, Jahbar I, Notis Heavyweight Rockaz, Mortimer and I-Wayne. Let’s not overlook quick and smooth band changes of which members of the audience voiced legitimate fears would cause the show to go past its 2 a.m. scheduled lock-off. But the production team seemed to have defeated that and then some. The feedback from the performers was unanimously positive, singing praises for the organisers and backup musicians.

“It was a full production that we invited our friends to showcase with us. Many times, after conducting rehearsals with artistes in the studios – all the ones on the show we have worked with before – when on the main stage, the sound is awful, and our supporters tonight can attest that this wasn’t the case for SR Live,” he said.

“Particularly, we want to focus on smaller events and give talent a voice inside a setting that is healthy for mind and body. And what better month than the one we’ve dedicated locally as Reggae Month to shine the spotlight on something that is a vital part of presenting the quality of our music … the sound which should be treasured.”