Quada on ‘Pain’, forthcoming album and females - Hardcore dancehall entertainer talks about having the right attitude 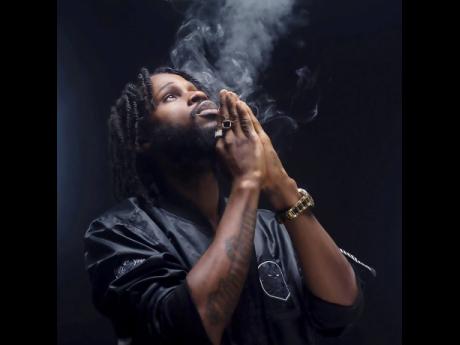 Contributed
Quada has faith in the future of dancehall. 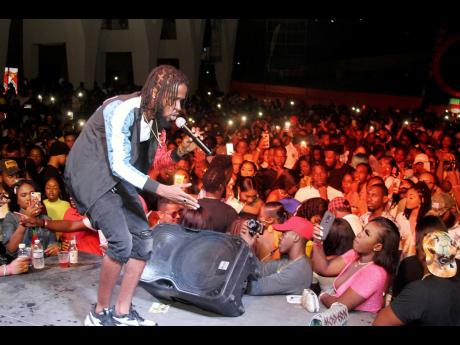 Nathaniel Stewart
Dancehall entertainer Quada gives a short lesson on having the right attitude to the patrons of Ratingz, held inside the driveway of the National Stadium last Tuesday, February 25. 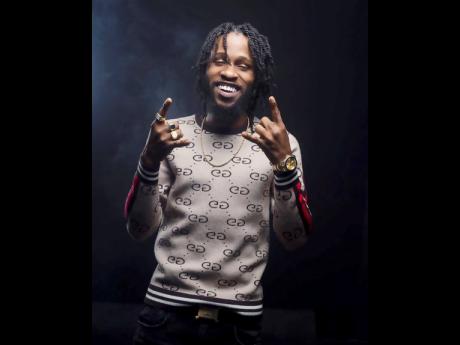 “Them say life come with pain, sunshine after the rain,” are the lyrics that start the chorus of Quada’s one-month-old single, Pain. It serves as a testimony to what is happening in his life, said the hardcore dancehall entertainer in a short yet profound interview with The Gleaner following his performance at the recent staging of Ratingz Anniversary at the driveway of the National Stadium on Tuesday.

“The track, Pain, is all about things I am going through – my life,” Quada said, “and how I deal with pain; that is to look at it optimistically and stand firm.”

The 23-year-old deejay, who is on bail following a January 14 murder and arson charge, wasted no time in putting out new music – the new track was released on the day he got out of jail. A member of Popcaan’s Unruly Camp, Quada is looking forward to the completion of his debut album (yet untitled) on which he speaks further of the trials and tribulations he has faced in trying to create the life he aims to live.

“The album is not about the songs, or the hype they get. At the core of the lyrics, it’s all about life, giving thanks and showing gratitude. It is to show a part of my journey, where I am now and highlight the story like the same way I did in Pain,” he said of the album’s direction.

“It is really about creating good content and delivering the message really; persons should definitely look out for the album that has all new music. I want to drop it before the summer, along with a lot more music videos to support the tracks.”

Quada, born Shaquelle Clarke, is the youngest of six children for a single mother. He says he knew from early that he wanted to be the shining example that even persons his senior could look up to. He was officially introduced as one of the entertainers likely to contribute to the successful future of dancehall, showcasing arresting vocals on the Unruly Camp track by Popcaan in 2017, which also featured Jafrass.

Those same vocals earned Quada a large female fan cohort, while his lyrical flow and choice of topics for music kept lovers of the genre interested.

“Once I see the smile on the faces of females, I know my job is being done. It is very important for me to appeal to them and keep them engaged when I am performing,” he said.

And of the male fans, he added: “The youths them will bring them woman to a party and gwaan like them nuh inna nuh vibes, but if the entertainer do the job and have the right attitude that gets the females in the vibes, it automatically gets the youths in that same space.”

The New Gyal Alert deejay said there is nothing worse than when a man takes a woman out for a good time and does not do his best to make sure she is entertained – or wears an unapproachable expression.

“The bag a screw face thing nah work, especially when you put on your nice cologne. My advice to the youths is take off the ‘screwdriver look’ because party mean you a party. And for this year we not into the foolishness – teach them right, no bad energy, just good energy,” he concluded.