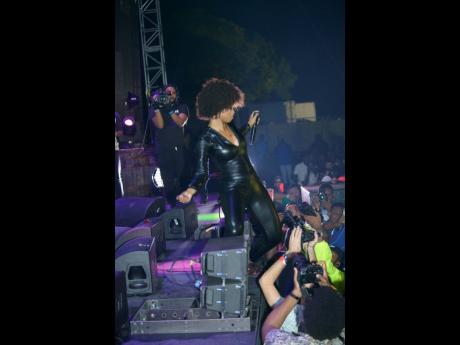 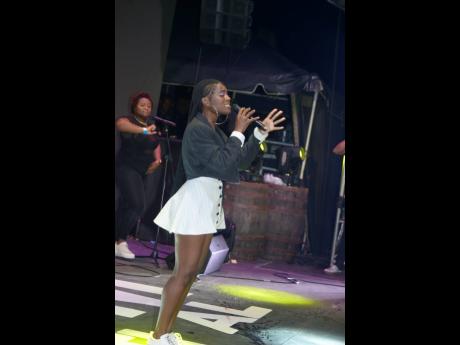 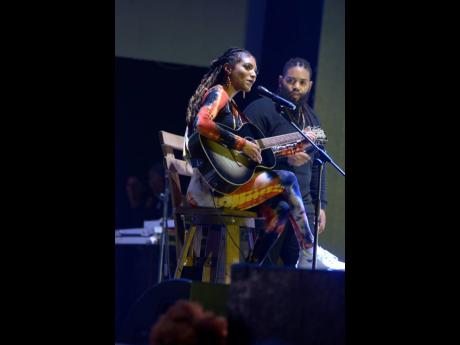 Nicholas Nunes/Photographer
Naomi Cowan shows she is no one-trick pony. 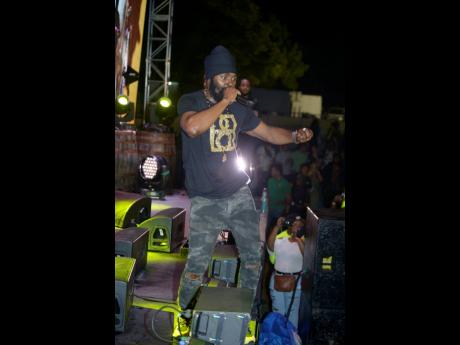 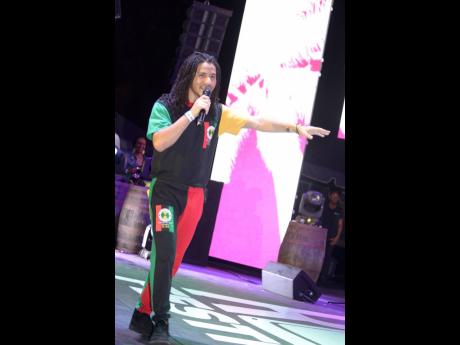 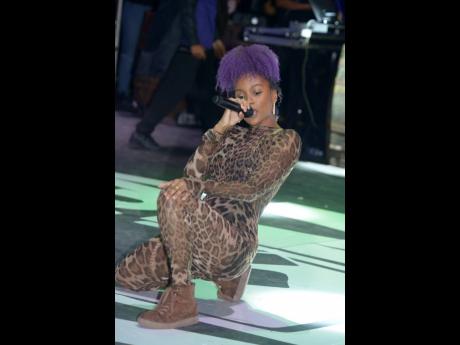 Nicholas Nunes/Photographer
Jazz Elise gets down during her set. 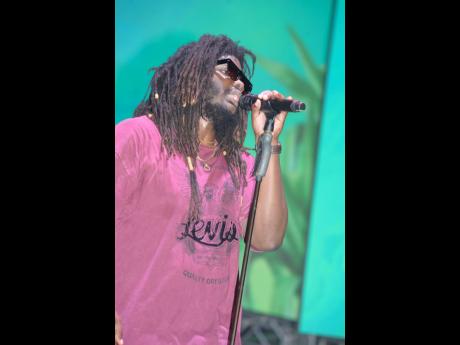 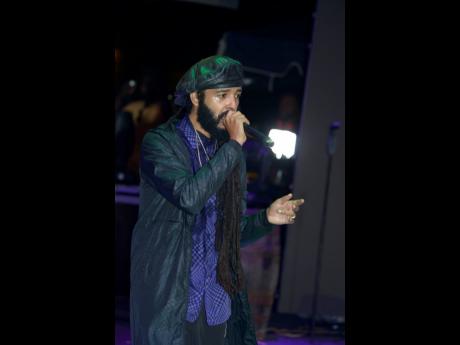 Nicholas Nunes/Photographer
Protoje invited most of the females on stage during his set. 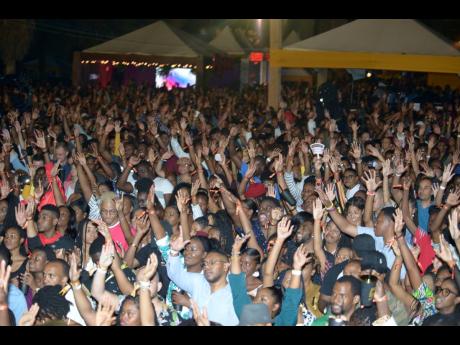 Nicholas Nunes/Photographer
The capacity crowd which came out to the Jamaica Rum Festival at Hope Gardens last Saturday. 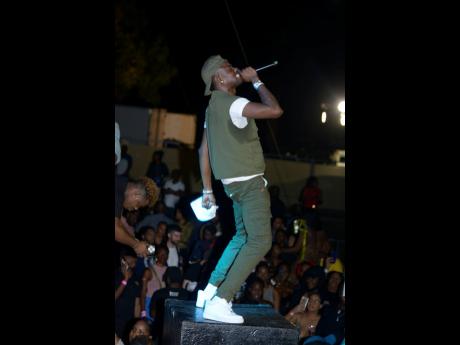 The Jamaica Rum Festival, sponsored by Appleton Estate, is gradually earning bragging rights for being a must-attend event in the Caribbean, and, indeed, the world. Culinary delights and limitless carafes of rum to savour aside, day one of the second annual staging of the Jamaica Rum Festival served up more than persons could digest – including entertainment to satisfy varied appetites.

Reggae recording artistes Bugle, Protoje, Ding Dong, and Spragga Benz delivered their sets without fail, but it was singers of the opposite sex like Naomi Cowan, the only female officially billed for the festival, Jaz Elise, Sevana and Lila Ike, who were invited on stage by Protoje, who sparked wild responses of approval. Jesse Royal also joined Protoje on stage for Lion Order.

Speaking to The Gleaner following her performance, Cowan said, “I believe my being the single female on the official line-up served a purpose, and it’s great to be recognised, but I was honoured to be among my allies because that is what we are – to show how united we are. It’s not an act.”

Tessellated was the first act to grace the stage and it was fitting, with his single Pine and Ginger, which is usually used to make sweet and spicy cocktails but instead of Californian Amindi K Fro$t, who is featured on the original track, Cowan provided the female vocals. She commanded the stage in her set. She opened with Tanya Stephens’ Yuh Nuh Ready Fi Dis Yet on the Joy Ride Riddim and continued into her own music, Naked and Climbing which had most festivalgoers meditating, and then Paradise Plum in which she engaged them to sing along.

“It would be life-changing to see more women sharing the stage – it is time for us to step out and step up. I want all females to think of something they feel is hard to achieve and try to climb for it this year, this may be one of those things,” she said.

Sevana added, “I feel it is a necessity, when we are invited to come on, it raises awareness that this is a time of correction. The Jamaica Rum Festival was an appropriate setting and time – we all were just being ourselves and it was not a place for comparison, just bring good energy and freeing spirits.”

Earlier, light bluish grey skies had set the tone for the day – unpredictable yet easy-going. With showers threatening, the gates opened later than the slated 1 p.m. but festivalgoers were relaxed, ready and waiting in line to enter the ‘estate playground’ created at the Hope Botanical Gardens.

The parking lots filled up quickly and the lines of persons, as well as vehicles, trying to find a clear path to all the action “were even longer than expected”, said festival director Valon Thorpe of the support received on the first day. Thorpe said the concept was to provide persons, locals and tourists, with a comprehensive experience that celebrates Jamaica’s rum and lifestyle.

“The team deserves a big up, most of all, pushing through non-stop rain from 5 a.m. to 3 p.m. to get all areas of an extensive production together. That collaboration is a major part of what makes our culture distinct,” Thorpe told The Gleaner.

The only decision to make, once inside, was where to explore – left or right – food vendors, booths with diverse rum products and several consumer workshops throughout the day. There was even a headphone party being held inside the Tourism Linkages Network, hosted by the Digicel music streaming app D’Music.

“It was not predicted that even after sunset, large numbers of persons interested to catch some of the festival activities, especially the entertainment on the main stage, would be strolling in. It was more than the overall goal,” Thorpe shared.

By time the musicians assumed their positions, persons were intoxicated at reasonable levels and eager to get on another type of high. The main gates were closed only one hour into the live show, so all passers-by wanting to see a glimpse of the performances were left to listen to the echoes of sound.