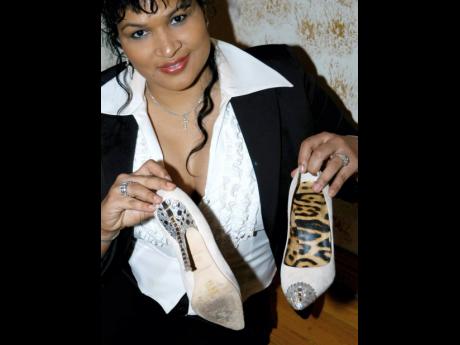 File
The Dancehall Queen shoes are big ones to fill. 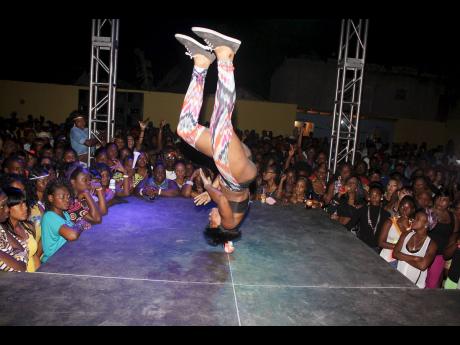 File
This file photo shows Nakeisha Haye, winner of the contest, dancing with her head on a tin of beans during Magnum St Catherine Dancehall Queen. 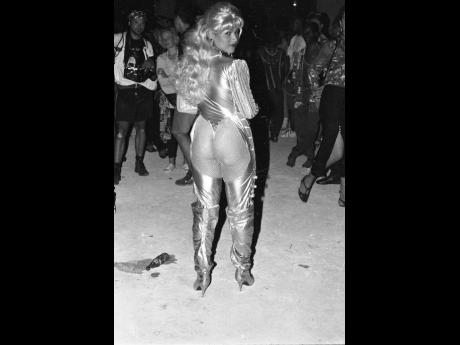 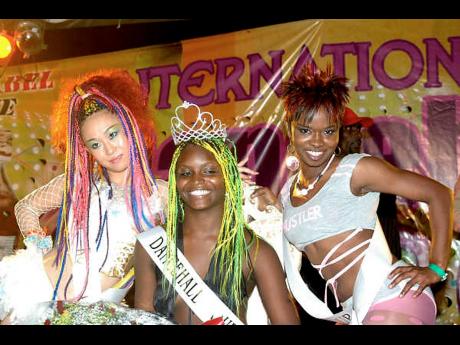 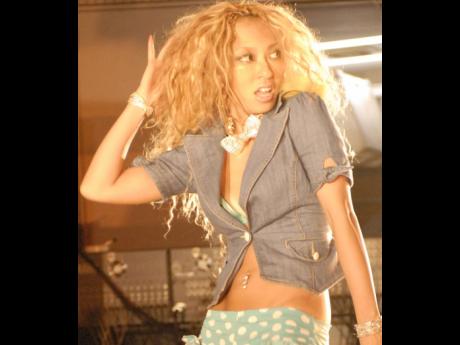 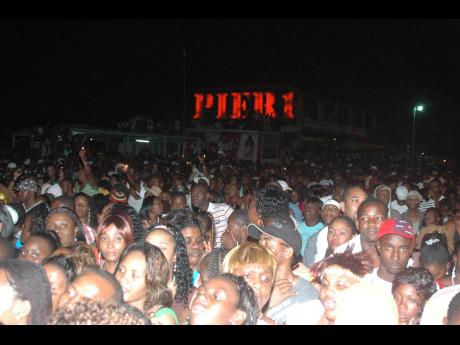 File
The jampacked crowd at a Dancehall Queen competition in 2007 at Pier 1 in Montego Bay. 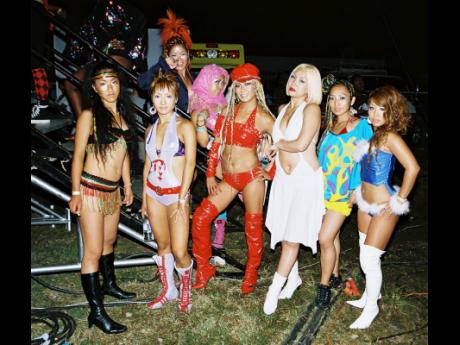 “She’s a dancehall queen for life, gonna explode like dynamite … ” are the familiar lyrics of the 1997 Beenie Man and Chevelle Franklyn collaboration Dancehall Queen, inspired by females untrammelled by conventional stereotypes of society – bold in behaviour and dress – performing scandalous dance moves to earn the title queen of the dancehall.

Carlene Smith was the first to earn the title in 1991 but not in a dance competition. It was a clash of style and fashion sense, she said. But like Beenie Man repeatedly declares on the track, “It’s a dancehall thing!” and the competition contributed to the movement of the genre.

“As a teenager, the dancehall queen title was the outcome of determination to become recognised, and it transformed into part of my hard work in getting dancehall across to a wider audience. The doors were, basically, opened here in Jamaica, and many females in the industry were empowered by the platform,” Smith told The Gleaner.

Brian Martin, promoter of the acclaimed International Dancehall Queen competition, explained: “We [Jamaicans] are resilient in how we create things, and I don’t want to take credit for creating it. It didn’t happen like that as it was inspired by dancehall fashion, and that desire of our women to dance before the ­platform came into existence.”

The very concept of the dancehall queen, which has become internationally recognised and adopted, is a major driver of dancehall’s development as a culture and art form, but according to Martin, the competition – previously held in Montego Bay for almost 20 years – suffered from lack of support.

Martin said: “It actually took approximately five years for the competition to garner local recognition and support. To be exact, it began in 1996, but it was not until 2002 when a foreigner won the title that more persons paid it attention.”

Japanese professional dancer Junko Kudo’s win stirred several debates while at the same time provided the platform with extensive publicity. Martin was not opposed to investing time and money out of his own pocket, “because from the perspective of cultural development, it was doing great things. It provided female dancers with the exposure needed to propel their careers up a level.”

He continued: “It was not about the financial gain. In fact, the show production cost more than returned through the admission at the gate (even when it attracted 5,000 or more patrons). Still, it was affected more by the status quo of the surrounding communities, that is, the rise in crime rather than lack of funds.”

Is the competition still relevant?

The promoter seems to think it is … with new plans on the drawing board to reintroduce the International Dancehall Queen competition to Jamaica.

“Of course, the competition is relevant. The videos of the competitors on stage over the years still serve as educational tools for the global audience. The competition, dancing in Jamaica, attracts persons that don’t even speak the language or that cannot relate to the music. Even in places like Japan, where the culture is more conservative, we have made an impact,” he said.

“We will have to find ways to overcome challenges like curfew when we return, especially since the ­production is very long. Secondly, the support must not only come from the communities, but the leaders, stakeholders, and the corporate community as well. they dictate the survival of a product.”

The competition is considered a catalyst for queens like Michelle ‘Mad Michelle’ McKoy (2003), Latesha Brown (2004), Aneika ‘Headtop’ Francis (2011), Sherine ‘Sher Luxury Doll’ Scarlett, (2012) and Keja ‘Tall Up’ Christie (2013), but there are dancers boasting the DHQ title who have not entered an official competition.

“Well, the competition does not exist at the moment, so there is little to no opportunity for female dancers who dream to be a dancehall queen, and it is a title that they are supposed to work to achieve,” said DHQ Sher about the title.

She added: “All I wanted to be as a young girl growing up was a dancehall queen. Hard to believe to many, but some girls just have that dream, and it should not be buried.”

The 2012 International Dancehall Queen said there needs to be new investment into the competition and a change in the location.

“Titles mean nothing really because dancers are still underrated in Jamaica and overseas, but with support, the competition and the dancers can get a little more respect. Corporate and official organisations need to help bring it back and provide some financial assistance because it does a lot for the females and the dancehall culture. A different scene can also help,” she said.