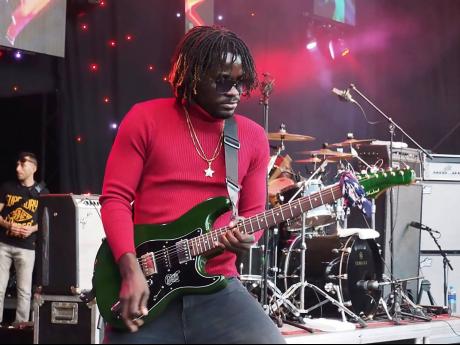 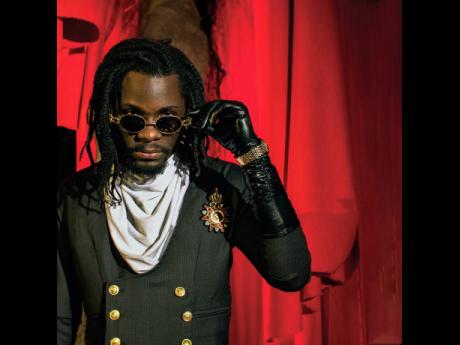 The song A Whole New World may not have a thing to do with this artiste, still anyone who is a fan of Disney’s 1992 animated film Aladdin would be familiar with, “a whole new world, a new fantastic point of view, no one can tell us no or where to go, or say we’re only dreaming … ”. And right now, no one can tell Elton Brown ‘no’ to the idea of fusing dancehall with rock and roll.

Brown is known as ‘Elly B’ in ­musician circles but has now adopted the moniker of ‘Dancehall Rockstar’, based on his instrument of choice – the electric guitar – and the electrifying technique he adds to local music genres. He has worked as a supporting musician for reggae and dancehall entertainers such as Konshens, Mr Vegas, Shaggy, Damian Marley and Busy Signal over a period of five years, but is stepping into the world of recording music of his own.

“As a musician, working with various entertainers and doing tours, you see a lot in this world and the music transcends the borders of Jamaica,” said the self-proclaimed first rock star of dancehall in a recent interview with The Gleaner.

His growth from only playing instruments to recording actual ­lyrics, he added, “was never planned; it is all a coincidence. My curiosity for instruments piqued in church at the age of 11 with the drum and keyboard, but I have always taken pleasure in singing, and the time is right.”

Next to the entertainers he has worked alongside, Dancehall Rockstar names Vybz Kartel, Masicka, Buju Banton and Jahvillani as favourites. He said: “Their music serves as inspiration, as well as how they flow.”

He is no stranger to the big stages, either. Dancehall Rockstar teased festivalgoers at Spain’s Rototom Sunsplash last August, using sticky fingers to strum the 2016 Love Sick riddim when Busy Signal called for a solo during his segment. It set the stage on fire. That was the second time at the festival; the first was with Damian Marley in 2016.

“There is a certain level of familiarity, but I envision a stadium jam-packed with persons ah sing my songs word for word – major festivals. Rototom is one platform, but I also want to be featured as an act at Summerjam in Germany, and I would love to do Jimmy Fallon’s show,” he said.

“Still, the Dancehall Rockstar brand literally came to life mid-2019. I am not trying to create anything new in terms of genre or sub-genre, but if what I am doing inspires that, so be it. Music has to evolve, and I am aware that there will be people who don’t like the new sound and me nah nuh problem with that. I am going where the music leads.”

He said: “The production of Bet Yuh Never Know is a clear ­definition of the Dancehall Rockstar brand being brought to life. I am completely involved in every aspect of putting it together; teamwork makes the dream work, (so) I could not do it without persons like my managers, Andre ‘Kryss Ras’ Barnes and Mark Lawrence.”

The journey to find his place in the music industry has been the surest test of discipline that any promising entertainer can take on.

“The choice to continue studies at the Edna Manley College for the Visual and Performing Arts versus working part-time in the music department at Old Harbour High School and the Avant Academy of Music had to be made … . I went with working … . I also freelanced at the same time and was forced to drop out in my third year. I was working to send myself to school, but I also had to work for a living,” Dancehall Rockstar shared.

Balancing as a musician who tours, he says, in comparison, is easy.

“It’s not always work; we get time to play or should I say, create – the time spent offstage, travelling in the tour bus, is used to create. I am happy with the decisions I have made for my career.

“Regardless of circumstances, it does not determine your future, it is your choice to determine where you go, where you end up, and how far you reach in life. Once you set your mind to it, anything is possible. I am not stopping now; Bet Yuh Never Know is not only showing my brand and sound, but will expose Jamaica to different markets,” he continued.