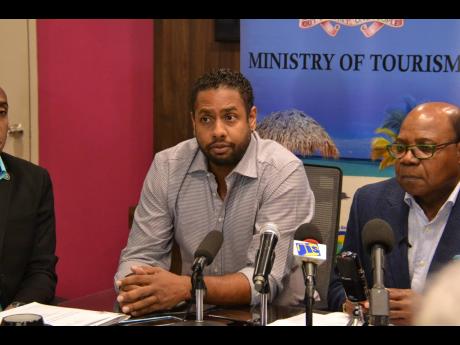 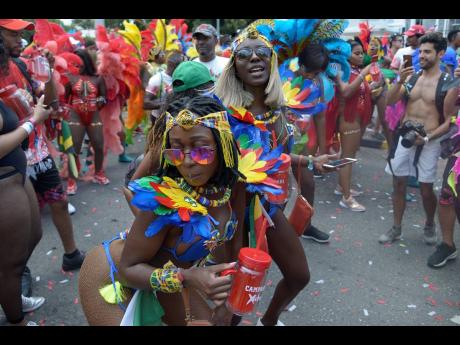 In light of the COVID-19 pandemic, Carnival in Jamaica will be rescheduled until October 2020. The road parade is now set for Sunday, October 25, which, according to the chairman of the Sports and Entertainment Committee, Kamal Bankay, should not affect the overall experience persons expect of Jamaica’s carnival season.

The announcement was made at a press conference called by Minister of Tourism Edmund Bartlett yesterday.

“The decision to postpone this event, which is approximately five weeks away, is an imperative one because the revellers which are commuting to come into our island need to know that we are taking steps to protect them and ultimately for the safety of our citizens. We have had numerous discussions with our stakeholders and we are all in agreement that is something that we must do and announce now,” Bankay said.

Adding to that he said: “As far as was last discussed, the costumes, tickets and T-shirts for bands will be valid for the staging of Carnival in Jamaica on October 25, so no need to demand any adjustment. The bands will make them valid and, of course, we have had robust discussions with ministries, hotel and airline partners who have been waiving the fees for changes – revellers will not incur additional costs and will be able to enjoy Carnival in Jamaica 2020.”

Speaking to The Gleaner following the press conference, Bankay, who also holds the position of chairman of Dream Entertainment, owner of Xodus Carnival, explained, “It is expected persons will request refunds but we are putting forward the best option and are fully committed to carnival-goers. We expect persons will work with us and with the leniency of hotel and airlines, persons will rebook. How our carnival week is structured, it follows Easter Weekend and October 25 mimics that, it comes after Heroes’ Weekend and the events are expected to cascade in a similar way and provide the same experience.”

But as news circulated of the postponement of Carnival in Jamaica from the first quarter to the fourth quarter of the year, more questions were asked regarding refunds for revellers who are unable to make the trip for the new date.

Xaymaca band leader and CEO Andrew Bellamy shared a similar sentiment that refunds were not necessary.

“All previous purchases for Xaymaca costumes and event tickets will be honoured for the new Carnival in Jamaica season in October 2020 as we will not be undertaking a refund system,” Bellamy stated in a press release.

“We fully agree with the decision that was taken by the Government in postponing the Carnival in Jamaica Road March as a precautionary measure to ensure that both locals and tourists can enjoy our carnival product in the safest way possible. We also anticipate that with the new date, all the players within the carnival sector will still be afforded the opportunity to showcase their creativity and assist in growing the economy,” he continued.

Meanwhile Michael Ammar, co-director of Bacchanal Jamaica, told The Gleaner that the band is seeking means to assist their masqueraders.

“Regarding refunds, while that was the initial question of most persons (as you can imagine there has been a flood of messages and emails), those who we have spoken to have expressed they were fine for October. In collaboration with all the bands, we agreed that costumes will still be valid for persons who are able to jump with us,” Ammar said.

“For the few people who are not in a position to, Bacchanal Jamaica is trying to facilitate the reselling of costumes to get back their money. It is an unfortunate situation but we are trying our best to make sure our masqueraders are satisfied.”

The band director was in good spirits and commended the Government, stakeholders and the various industries for quick thinking.

“The decision is what it is. I believe the Government is making a wise decision to be proactive than reactive. And that’s what happened in other countries, they were reactive to the spread of the coronavirus when they needed to be proactive. We are working with other bands to bring back normalcy and balance to the craziness going on so that we can execute the event that is of value to Jamaica’s economy,” he said.