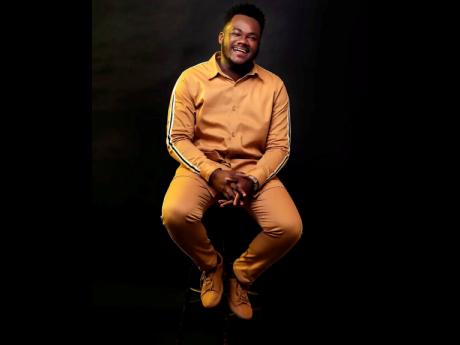 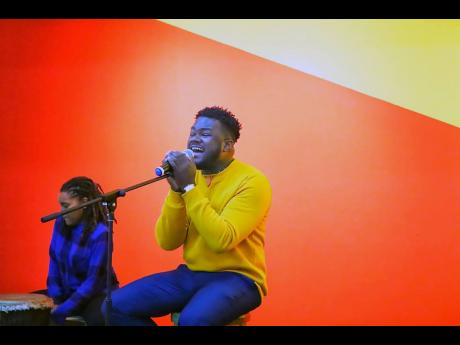 Contributed
Chris Malachi gets emotional during a performance at the National Gallery of Jamaica’s Last Sundays live music showcase earlier this year. 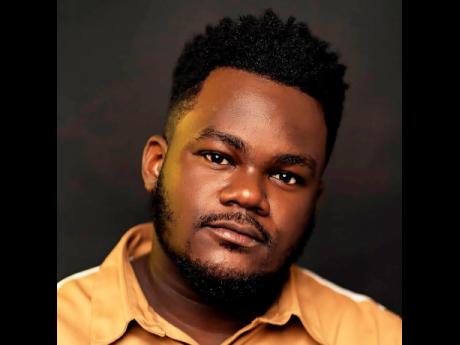 It’s not the unrestrained bellows that make one want to hold their ears and scream, “Shut up yuh mouth, nuh!” Instead, Chris Malachi’s buttery, ‘soul-stirring’ voice and powerful lyrics in BAWL send a message that listeners will be forced to play over and over again. The title is stylised in capital letters to strike a note as it tackles the various generational issues and struggles faced by youth.

The first of a two-part release produced by J.L.L. and distributed by US-based Delicious Vinyl Island, BAWL was inspired by the burgeoning artiste’s observation of society.

“Growing up, I would always hear adults complain about how rude and terrible the young people of today are, and while I can agree that we are far from perfect, we definitely aren’t a lost cause,” Chris Malachi told The Sunday Gleaner.

“I wanted to communicate we aren’t all bad; maybe some of us are broken or trying not to break. I wanted to write a song to help us to come to terms with the pain we feel trying to understand our place and purpose in the world,” he continued.

It is relevant to the criticism that good music is a thing of the past, which he says is far from the truth.

“Good music exists today, and it is in abundance, but there is a need for us to search for it and be open-minded. Once persons find an artiste with a message that resonates with them, the next step is to start a discussion. Now, more than ever before, the masses have the power to really support and mobilise an artiste they believe in.”

CHRISTIAN VOICES NEED TO BE REPRESENTED

Chris Malachi holds the view that Christian voices need to be represented in the culture, and his debut EP, The Messenger, would have caused some listeners to expect him to do a mixture of gospel and reggae, but the artiste expressed not wanting to limit his creativity to any one genre or even subject matter.

“I’m definitely seeing more people who believe and understand that there is a place for Christians to have a stronger presence in mainstream society – not just preaching but more being. For sure, I have feared how Christians may view me doing reggae music, but I have also learnt to appreciate that when something is new, people will naturally be a bit apprehensive at first,” he said.

“The most important thing is to make something that connects to people in an authentic way, and the truth is, authenticity doesn’t always fit neatly into any one category. I want to be viewed by my listeners as an artiste trying to make a positive impact on the wider society. It is on me to continue to build the vision and be consistent and allow people to understand it in their own time.”

The EP was his first opportunity to present what he describes as the transformative power of his “good and honest” music. He will continue on that path with BAWL, which tackles the various generational issues faced by youth, and as the lyrical meditation rests with the quote, “May the tears we cry quench the fires that surround us,” it sets the tone for the key message of the single.

It operates as reassurance that “shedding a tear because of life’s misfortunes is part of the process when a person is afflicted with the war going on outside”.

Right now, the artiste is urging the public to think about the problem child in school who is disruptive and restless. He said: “Youths like those are usually the real leaders because they refuse to conform. They have a brilliance that just needs to be guided. My song is targeted to that person, the diamond in the rough who could benefit from some empathy and understanding. ”

Part two, titled FYAHBAWL, the call to action to say that when the youth’s issues have been identified, it’s time to act, is slated for a later release, he says.

“People should listen to BAWL and the rest of my music because I’m a person who truly cares and believes in our people and our culture. We have so much beauty and strength to give to the world. When people listen to my music, I want them to see the greatness that is within them,” he said.