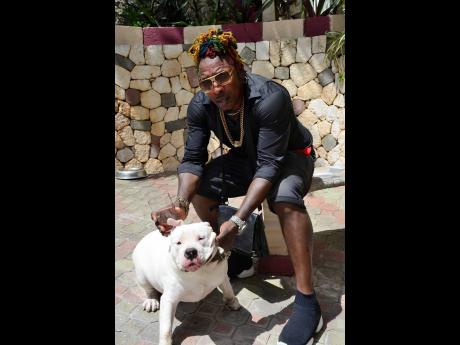 Ian Allen/Photographer
Elephant Man at home with one of his pets. 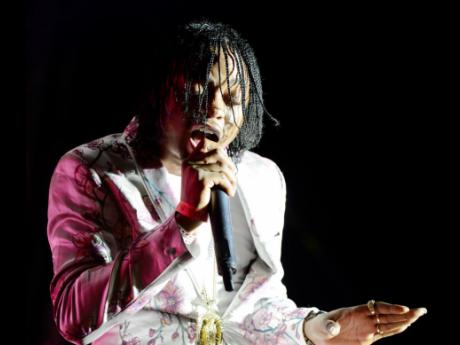 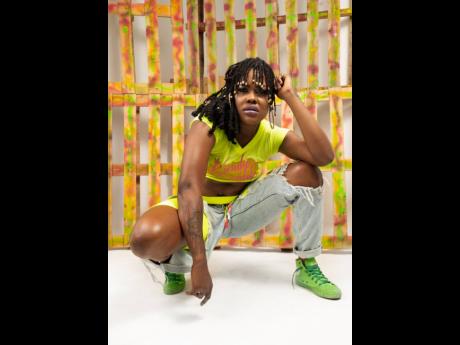 Dancehall deejays Rygin King and Elephant Man have pledged to stay in self-quarantine for the next 14 days and are imploring that other entertainers, and persons travelling overseas, exercise social responsibility during the global pandemic.

Both dancehall entertainers say their decision to self-quarantine was made on return to Jamaica from Europe last Tuesday, on a flight from Brussels, Belgium. However, following the circulation of a voice note of an immigration officer stating that the entertainers were not completely compliant, there was a flood of criticism.

Rygin King, whose European tour was cut short, in an effort to silence the noise around his name, went live on Instagram to explain the situation which occurred at the Sangster International Airport.

“Them people yah a propel the situation where it’s not, I am in my best of health. Them say stay a mi yard fi a seven or 14 day fi mek sure and them check me temperature and me good, but you done know later me hear a voice note a go round when me deh inna me yard safe and sound. Me a travel for 12 or more hours, so me over-exhausted so when me reach me kinda did frustrated ‘bout the whole thing,” he said in the live Instagram video stream. He also mentioned not staying in Germany but having transit through the high-risk country.

Speaking to The Gleaner, Rygin King said: “I am currently in self-quarantine as recommended by the medical officials, health experts and the Ministry of Health. However, while at the airport, my temperature was checked and results showed no signs of possible illness. However, to be on the safe side, it is my decision to stay home for the 14-day period because we have been informed that symptoms can take a few days to show.”

The Tuff artiste says he is not taking the coronavirus pandemic lightly and is aware of the impact it has had on the world. He also urged that more attention be given to even those passengers who may not have travelled from high-risk countries but end up on the same flights as persons who did.

“This is no joke illness; I was in Europe and almost every country is affected by it [coronavirus] and I would advise everyone to follow the necessary protocols and precautionary measures and, most importantly, if you are somebody who travel, I advise that you isolate yourself from others as soon as you return to your home. I am using the time to build two new bad riddim and song,” he said.

Travel restrictions for persons coming from Germany, Iran, China, South Korea, Italy, Singapore, Spain, France and the United Kingdom have been set in place. And Jamaicans who have travelled to any of these countries within the last 14 days will have landing privileges in accordance with the law, but will be subjected to health assessments and quarantines.

Elephant Man who was criticised for not acknowledging the seriousness of the virus said it was a simple misunderstanding.

“I would not lie about where I have been. Furthermore on the form, I don’t recall it asking me to list the three, four or six countries I went to. And when I came in, there were no clear facilities showing that they were doing anything differently,” he told The Gleaner.

“There is no need to tarnish my name. It is something I take very seriously and there is no breaking of this promise; it is my responsibility to the people of my country. Persons doing this have to make their home a club, playground and stock up like supermarket,” Elephant Man said of the decision to remain in self-quarantine at his home.

“The minister of health and his team met with me and all checks were made. I will be home keeping myself busy by playing with my animals, surfing the Internet, watching history, science and religion series and keeping up the fitness routine.”

Kimiko Miller, a dancer who was on the same flight with the recording artistes, said she was not advised to self-quarantine but was aware of the precautionary measures advised by the Ministry of Health.

“I must say that coming through immigration, it was bare slackness because I put on my form that I was travelling from Berlin and they allowed me to go through as if [not] knowing it was Germany. Still, being on a plane with several persons travelling from Europe, self-quarantine was the best option to be on the safe side. If they are going test people and quarantine them, it cannot be in the same area and who to say the people you allow through will self-quarantine. We have to be good citizens and self-quarantine. It is hard for me, knowing I cannot see my six-year-old, but I have to and I am even going to get tested,” Miller said.