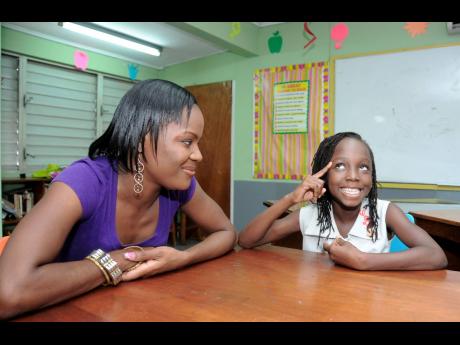 File
A young Jahzan McLaughlin and her mother, Zandriann Maye. 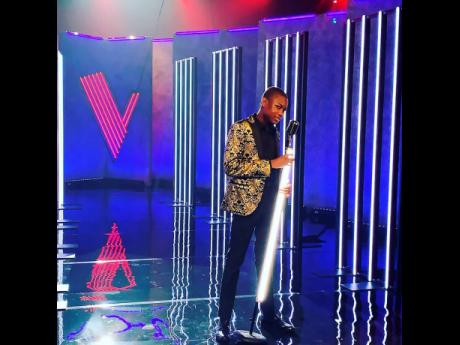 Amazing things are happening amid the pandemic the world is experiencing. That is the message entertainers Alaine and Tessanne Chin want to send, and they highlight two Jamaican teenagers who have taken on the challenge to compete in the televised talent showcases ‘American Idol’ and ‘The Voice UK’.

Recording artiste and radio host Alaine said tears poured from her eyes as she heard the story of 18-year-old Jahzan McLaughlin, a former student at The Queen’s Preparatory School.

Jahzan, as Jamaicans locally are affectionately calling her, and her mother shared the struggle of being homeless in New York, but for Alaine, it is a story of triumph.

“Mi literally bawl living eye water because their story is about overcoming; plus, there is nothing like the prayer of a mother. Just watching her mother dancing right there onstage with her while she auditioned and sending up prayers, it reminded me of every time my mother prayed for me. I could see the love in her,” Alaine told The Gleaner.

The aspiring singer won over celebrity judges Katy Perry, Lionel Richie, and Luke Bryan when she performed Rockabye by Clean Bandit, featuring Sean Paul, as her mother, Zandriann Maye, rocked out to the beat beside her and again with her rendition of Warrior by Demi Lovato during week five of the auditions for the show’s 18th season.

She has advanced to the Hollywood round. The mother-daughter duo is under strict instruction from the ‘American Idol’ production team not to do any interviews, but in an effort to connect with the people, they shared a video on Instagram last Thursday expressing their gratitude for all the support.

“The love shone right through them both. I was impressed with the way Jahzan maintained her composure at the auditions (because if a me, when me mother a pray and bawl, I would stop and do the same), but she made sure her strong and very unique voice was heard,” Alaine said of the young talent’s performance.

“It was an injection of positivity in these times, where we are overwhelmed with news that makes us feel anxious. Good things are still happening, and there is still greatness in us, and I want Jahzan to know Jamaica is behind her and will be there to support her through the entire journey, knocking our pot covers. We need good stories, to still see people winning, and she is a light we are going to follow.”

The Digicel Rising Stars judge and Boast Inna God singer said that all she needs to do to win is be herself.

“Jahzan has such a unique voice and touching story. I’d just encourage her to enjoy every moment of this journey and to really embrace and soak up all the amazing lessons she’s going to gain from this experience, [and] also to remember what makes her the unique person she is ... because when you are in this type of competition, it’s easy to look at all these amazingly talented people and think, ‘Why me?’ but why not you?,” Chin said in a conversation with The Gleaner.

The singer takes after her mother, Maye, who was part of the creative dance ensemble Ashe and a student of the Edna Manley College of the Visual and Performing Arts. She has shared that she not only sings but dances and aspires to be an actor.

Chin also mentioned Gevanni Hutton, the 17-year-old who has been competing on ‘The Voice UK’. Hutton, who moved to London from Jamaica two years ago and has secured his place on Will.I.Am’s team and is through to the semi-finals. He is currently one of the favourites to win this season of the competition. He has been dubbed the ‘pure prince of soul’ since he sang People Help The People by English music group Cherry Ghost in the knockouts.

Sadly, the producers of ‘The Voice UK’ announced it would have to postpone the live semi-final and final, which were due to air March 28 and April 4, until later this year.

“He is only 17 years old, and with a beautiful voice, persons might want to check him out, too, from his touching blind audition to now … . I, personally, have not been able to keep up, but awesome things are happening amidst the world’s troubles,” Chin said.