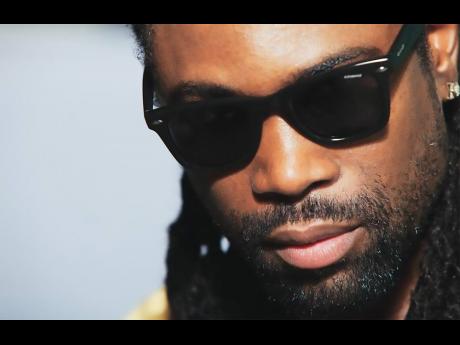 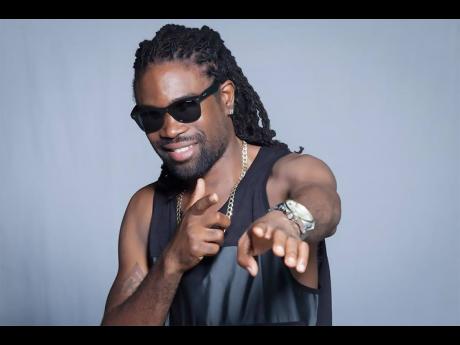 Kirk ‘Kirkledove’ Bennett is the most prolific drummer and producer you’ve never heard of. Humility takes up a chunk of Kirkledove’s personality, but that fact hasn’t hindered the musician’s overwhelming accomplishments or in any way muted his reputation as one of the most booked, busy, and sought-after musicians in the reggae music industry.

From building the tracks for Busy Signal’s Bedroom Bully and Elephant Man’s Too Bad Mind, to playing drums with Beres Hammond for the past 18 years, to producing his own dub albums, Kirkledove’s humility is as surprising as it is refreshing. “I don’t really limit myself,” Kirkledove told The Sunday Gleaner.

That’s a familiar claim among performing artistes. But after Kirkledove shared the wide range of projects he’s participated in, it became clear that the drummer is truly attuned to the modern sense of the term in that ‘reggae music’ acts as an umbrella for all of Jamaica’s popular music forms. “I just love to play music, and there are no boundaries with me at all. In my heart, it’s just love everybody. No segregation,” he said.

With that attitude, it’s easy to discern why he has so many big names in his black book. Over the years, the drummer has worked with a number of notable producers like Donovan Germaine, Don Corleone, and even Fada Pow. “The first song I did with Fada Pow was Too Bad Mind,” Kirkledove shared.

In addition to drumming for such prominent, pioneering producers, Kirkledove has also been called to the stage by entertainers like Elephant Man, Tanya Stephens, Marcia Griffiths, Toots and the Maytals, and Busy Signal, a recurring figure throughout Kirkledove’s career. “Busy Signal is like my brother, and I tour with him, too! That’s something these musicians and artistes need, to really put themselves together and understand seh yo, we have to love one another, then good music will come forth,” he said.

For his passion and dedication, Kirkledove has been rewarded, or at least has had his skills acknowledged and put beside the best of the best, by the Recording Academy. On Etana’s Grammy-nominated Reggae Forever (2018), he played drums on several tracks and also produced the 6 mins 21 secs track. He played drums on Morgan Heritage’s Grammy-winning Strictly Roots (2016).

“The album for Julian [Marley] that was nominated last year ( As I Am), I played drums on a couple of the tracks,” he shared. He is also credited on the Grammy-nominated Sly & Robbie vs Roots Radics: The Final Battle (2019). “I was the drummer for Roots Radics. I do a lot of stuff,” he laughed. He even played on the track for Elephant Man’s recent return to the dancefloor, Find It.

As much music as Kirkledove has already participated in or produced, there is much more to come. “I’m not gonna call it a riddim because everybody has a new riddim coming out. I have a project,” he told The Sunday Gleaner.

Early this year, Kirkledove Records released the first of a string of singles, starting with Busy Signal’s Baby Dance, distributed by VPAL. The project’s follow-up release, Save Your Love For Me by Romain Virgo, dropped last week. The third single, by an artiste from Hawaii called Fiji, will be available next week. “And I just voiced Hezron,” Kirkledove shared.

While dropping this string of romantic songs, Kirkledove is also working on his next dub album. Two years ago, he released Rumble In The Jungle, which featured vocals by Etana, Beres Hammond, Tarrus Riley, Cocoa Tea, and Jesse Royal. For the follow-up, Kirkledove would like to keep his contributors a surprise, but what he did reveal is that “it’s gonna be a rhythm-driven album, to make people dance, or sometimes you drive to the country and you want to hear something smooth”.