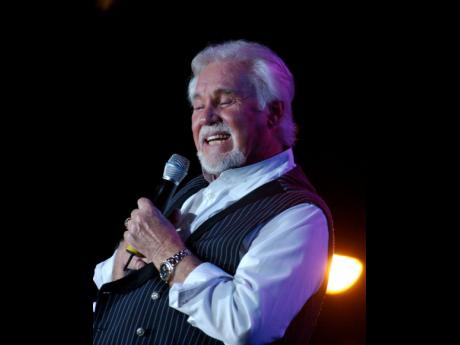 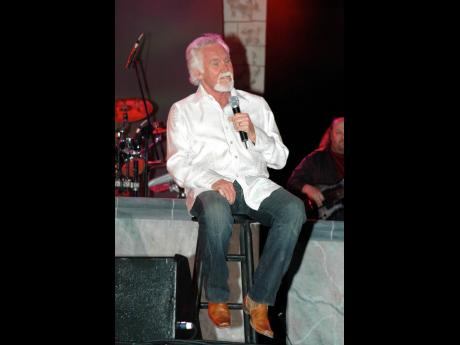 File
Multiple grammy award winning country singer, Kenny Rogers, during his performance on day two of the Air Jamaica Jazz and Blues Festival, at the Aqueduct in Montego Bay, St James, in 2007. 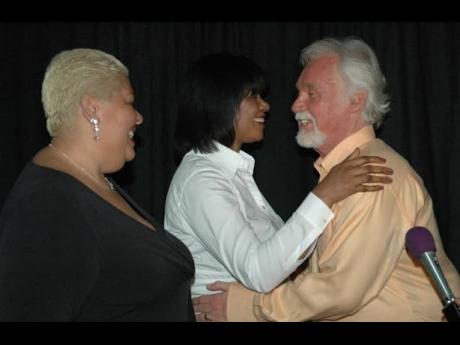 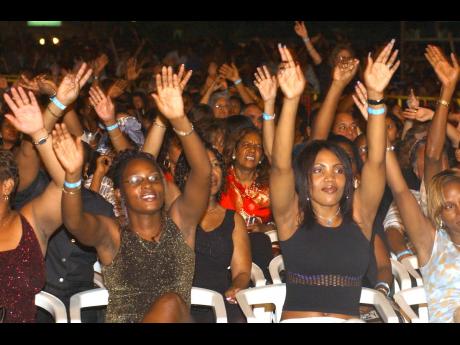 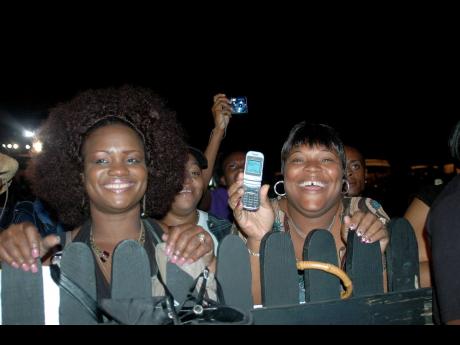 File
Live and Direct! This patron, Sherman Esson, had to call her husband David so that he could hear Kenny Rogers perform at Air Jamaica Jazz and Blues Festival, in Montego Bay, on Saturday, January 27, 2007.
1
2
3
4
5

AS THE world mourns the death of late superstar Kenny Rogers, producer of the Jamaica Jazz and Blues Festival Walter Elmore remembers the American singer-songwriter as a fabulous human being to work with. Elmore worked with Rogers, who died of an unknown illness last Saturday in the USA, on a number of large festivals in Jamaica, St Lucia, Turks and Caicos, and St Kitts.

“He was one of the easiest persons to work with, very easy-going, friendly, and appreciated the love he received from the Jamaican people,” Elmore told The Gleaner from his home in Florida.

Rogers performed in Jamaica three times under Elmore’s watch, namely, at Cinnamon Hill, the Aqueduct at Rose Hall, and on the lawns of King’s House, at a concert where Maxi Priest was also featured.

Two of the most memorable occasions for Elmore were when Rogers and singer Alicia Keys paired up to pay tribute to late country and western crooner Johnny Cash at Cinnamon Hill in Rose Hall in 2004, and the night he gifted him with a crew T-shirt.

But the performance many Jamaicans still remember today was when Air Jamaica was title sponsor of the jazz and blues festival and the audience played the role of backup singers as Rogers belted out songs the audience actually grew up on.

Jamaica’s Consul General to Miami, Oliver Mair, reminiscing on the historic occasion, spoke of the role he played backstage.

“I had the honour of meeting and speaking with this legend when he came to Jamaica for the first time. I was marketing manager at Air Jamaica at the time, and minutes before he was scheduled to perform, I nervously asked the superstar what was he going to sing. He mentioned all jazz songs. I quickly responded that everyone was here because of old megahits like Gambler, Lady, Love Will Turn You Around.

Mair said Rogers quickly spoke to his team and made some changes.

“I felt so honoured that I actually got to speak with this legend and that he listened to me. He quickly made the changes without any issues. I felt like a million dollars!

For Mair, that night will live with him forever. What he admired most about Rogers was how humble and receptive he was.

His words were echoed by Junior Taylor of Complete Entertainment, who worked backstage during the times Rogers performed in Jamaica.

“In speaking with him, he came across as a sincere and very humble person. On hearing the audience singing his songs word for word, Kenny was in awe and spoke about how amazing it felt and how he appreciated the Jamaican audience,” said Taylor.

Learning of his death on Saturday, Elmore, who has not held the Jamaica Jazz and Blues Festival in about five years, said the news brought back a flood of great memories.

“I had fun working with him so many times and in different islands. May his soul rest in peace.”