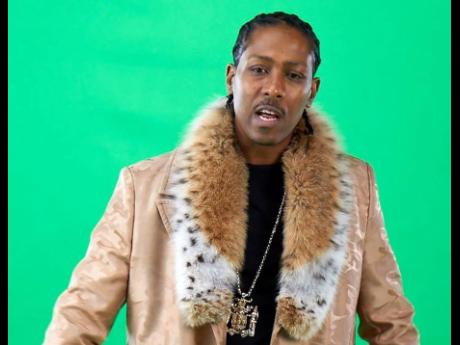 His campaign to market new music to the Jamaican audience got off to an uneventful start due to the COVID-19 outbreak, but Canada-based reggae artiste Davaki MyLaud said that he wants to rekindle a relationship with the land of his birth. He was raised in Linstead, St Catherine, where at age 10 he was exposed to playing on sound systems. He migrated shortly thereafter.

“I am (and will always be) a proud Jamaican. Naturally, my objectives in establishing a career as a recording reggae and dancehall artiste include inspiring an organic connection with the people who love and acknowledge good music. Contrary to what people think, the mainstream markets are fuelled by the smaller streams like Jamaica,” he told The Gleaner.

Davaki MyLaud’s journey with music wasn’t always on the path of recording – sound systems were his passion and, with a group of friends, he established Likkle Wicked first, then transitioned to Terminata Crew. Being part of the Terminata Crew helped him with gaining more exposure in the art of performing at major shows, such as Toronto’s Jamaica Day Festival, and in studio production. Together, they released Roll Out in the early 2000s, and Davaki recognised he had a greater penchant for creating music and decided to give the recording artiste career a shot.

“When I started the pursuit for a career in the music business, I actually wanted to be a recording artiste, but due to the lack of outlets in Toronto, I wasn’t unable to get my materials out on a professional level. But over time, I learnt how to produce my own music with tools bought with the help of family and friends, and I’ve always been recording and making my own tracks, but now is the right time to release them.”

Taking a risk because he is determined for his career to reach a higher plateau, like he sings in a previous single Take a Risk, Davaki MyLaud set out on a new mission to first promote his latest solo track in Jamaica.

“I went to several television and radio stations across the Kingston area and walked through the streets to distribute my posters,” Davaki MyLaud shared. “I am definitely the risk-taker I sing I am (so) I, along with my team, booked a one-way ticket [from] Toronto to Kingston approaching the second week of March to launch the promotional campaign for my song, but the unforeseen outbreak of COVID-19 undoubtedly hindered our progress.”

The new song, which the artiste has named Baby Mi Like Yuh, speaks about the availability of men with good intentions which, he says, is contrary to what society thinks.

“[In] contrast to the social norm, thinking males only want one thing from females or they don’t want to commit to a serious relationship or marriage, the lyrics highlight the facts that there are still some good men out there that respect and appreciate women,” he explained.

Though his trip was cut short, Davaki MyLaud, born Davaki Randy Laud, is not discouraged, but rather concerned for others within the music industry.

He noted: “Earning a steady income as a recording artiste is always a challenge, and now during the global pandemic, hopefully my fellow musicians and artistes will be able to make ends meet during these trying times. My team has had to start aggressively targeting the Internet and social-media platforms during this pandemic.”

Although the music industry is highly competitive, Davaki MyLaud has continued to work on his music while working full-time, and being a full-time father, all while operating one of Toronto’s hotspots, called the Eclectic Music Lounge. Since opening its doors in 2015 it has played host to events such as Motown Sundays, with artistes attending, such as Canadian singing sensation Kardinal Official and reggae/dancehall veterans Papa Michigan and Frisco Kid.

He says his family will complain that he has too much on his plate, but that “has made me a stronger person mentally and it provides me with an eclectic concoction of experience, which is priceless”.