Author dreams of ‘revolutionising Jamrock’ on the big screen 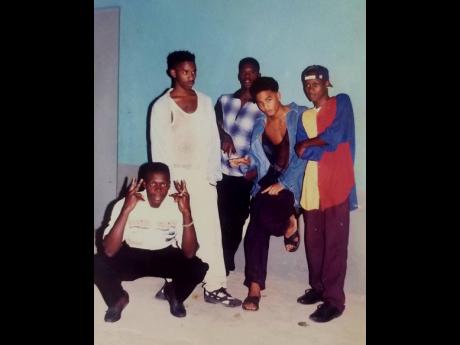 Contributed
With roots in August Town, author Richard Coore (second right) did not shy away from taking inspiration from foundational ‘ghetto’ experiences and the violent political history that haunts inner-city communities to this day. 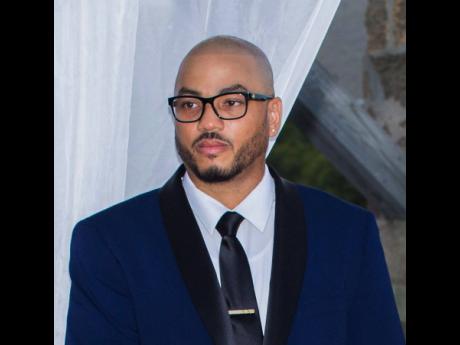 Many modern authors write stories with a film franchise in mind. The same can be said for Atlanta-based author Richard Coore as he peddles his self-published work, Revolution Jamrock. According to the author, the book is a tale of the past, present and future. History, politics, reggae and dancehall, humour, sex, philosophy, and even a little science fiction, are all elements Coore identifies as pulling the book together.

If its goal is achieved, it will have painted a clear picture of how past decisions shaped Jamaica as we now know it. “Further to that, there are also scenes showing what the country will look like in the future, if we choose to continue down this path,” Coore told The Gleaner.

Furthermore, he hopes the story will one day make it to the big screen.

The author explained that, as the plot lines unfold, Revolution Jamrock will highlight the genesis of local societal complexities. With reference to an upbringing in August Town, the Cold War era, the People’s National Party’s dance with democratic socialism and alleged interference from the Central Intelligence Agency, Coore aims to answer one of philosophy’s major questions: Is life deterministic or does man have free will?

“I wanted Revolution Jamrock to blow the reader’s mind with both philosophy and gunshots. So yes, the pages are lined with sex, humour and violence. But scattered throughout is street philosophy mixed with the works of Socrates, Plato, Descartes and many other greats,” Coore said.

With a nod to philosopher Fredrick Nietzsche, the author shared: “There is a memorable scene where a half-naked professor runs through the Papine market shouting, ‘God is dead! God is dead!’”

If history and philosophy weren’t enough, Revolution Jamrock’s themes and plot lines meander through other subjects, like reggae and dancehall. In Coore’s universe, leaders of the genres are leading the charge for positive political transformation.

“It will be a welcomed change to see musicians leading a conscious charge. One of the plot lines centres around a young reggae superstar and an incarcerated DJ, who popularises a movement to dissolve Jamaica’s two political parties, with the aim of implementing a more forward-thinking, less-corrupt system,” he revealed.

Upon its release in October 2019, Revolution Jamrock made it to the number-one spot in the New Releases in the Caribbean and Latin American Literature category on Amazon. “Self-publishing provided me with an avenue to get it into people’s hands quickly, and without compromising anything for mass appeal or profit. Publishing is just the first step.”

He continued: “Making the story accessible to the common man requires that I take it to the big screen. I want people to get a glimpse of what our society could look like if we decided to tackle transformational change, and what may happen if we do not.”