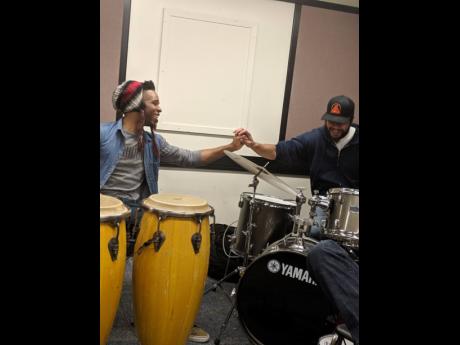 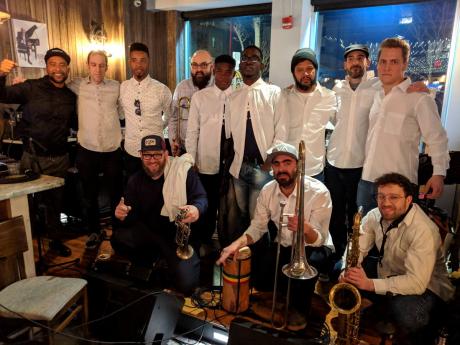 Members of the Alpha Institute and Kings Highway link up at La Fabrica in Boston. Contributed 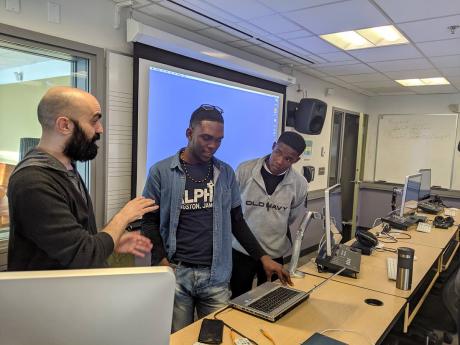 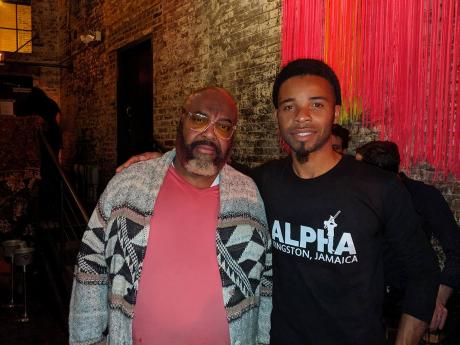 Alpha Institute music students and their instructor are over the moon with the recent completion of their international exchange through the March for Music Education, which was launched in March 2019. The institution, which has been dedicated to providing a comprehensive curriculum, welcomed three members of the programme’s founding partner, Kings Highway, a Boston, Massachusetts-based Caribbean jazz outfit, during the first half of the exchange in February. The following month, Alpha Institute music students and recipients of the 2019-2020 March for Music Education scholarships, Patrick Garrell and Rohan Mitchell, along with senior music instructor Clayon Samuels, travelled to the United States – Massachusetts and Rhode Island – for a week of music classes, performances, concerts, and networking.

Joshua Chamberlain, Alpha Boys’ School Radio and special projects manager, told The Sunday Gleaner that the March for Music Education Exchange (MMEX) is a dynamic platform for music educators and students across a wide cross-section, locally and internationally, to explore and develop their craft.

He said: “The exchange, which includes music professionals, music educators, and music students, boosts creative energies, forms new musical communities, as well as work opportunities. On an individual level, the MMEX is also a great career step for young musicians who benefit from a one-of-a-kind, real-world experience.”

Last year, the programme included a scholarship drive for returning Alpha Institute music students and a music residency in Kingston featuring George ‘Spanky’ McCurdy, the drummer for award-winning singer-songwriter Lauryn Hill, who filled the Vera Moody Concert Hall at the Edna Manley College of the Visual and Performing Arts when he led a public masterclass.

“When you include people from other cultures and communities, a lot more wonderful things can happen which we observed throughout the international exchange,” noted the special projects manager.

Many talented youth are fearful of opening themselves to learn, but the MMEX programme is built around creating new learning experiences. “Everyone goes into it as a ‘student’, which creates a special window for learning to take place. This might be new for a young musician and, in turn, will encourage them to look for more learning windows after the exchange is over,” said Chamberlain about the programme’s ability to unwrap one’s apprehension and turn it into assurance.

“We wanted to create a personal experience that would allow for musicians and educators to learn and grow, both in their craft and personally,” said MMEX organiser and Kings Highway band leader Alex Beram. “We saw Clayon, Patrick, and Rohan engaged from the initial moment – curious, active, excited, challenged. They met other music students and educators from all over the world, not only creating lasting bonds and friendships, but quickly assessed their own strengths and weaknesses in light of that.”

Samuels told The Sunday Gleaner: “The experience helped me to find a different side of me I didn’t know about, musically. I learned there is no limit to learning. The MMEX inspired me and encouraged me to learn about what more that I can do at Alpha and with music in general.”

The Alpha Institute group spent their first full day at Berklee College, the largest independent institution of contemporary music in the world, boasting a significant number of award-winning alumni. There, they attended classes in jazz theory and Pro Tools and a performance class focused on Los Angeles rock band Red Hot Chili Peppers.

The other days incorporated Canton High School, where Jamaican music was the main topic at three performance classes – orchestra, concert band, and jazz ensemble. The US students learned the cultural and historical background as well as the technical aspects of playing Jamaican music and then attended a masterclass at the University of Rhode Island with 2020 Grammy Award-winning trumpeter, Brian Lynch.

The trip would not be complete without a jam session with one of the performances, held at La Fabrica, a small venue on Massachusetts Avenue, putting the Jamaican school in front of ska and reggae music fans. The finale, held at The Beehive, a hip hub for live music in Boston, connected a host of personalities, including Chris Wilson from Heartbeat Records and Shema McGregor, daughter of Freddie McGregor, who is now working with The Wailers and Canton High School students. Berklee Professor Sarah Brindell took the stage as did Dion Knibb, son of Skatalites founder Lloyd Knibb.

“King’s Highway and Alpha joined to become one,” said MMEX resident musician and Kings Highway drummer Nathan Sabanayagam. “With a solid three days of school visits and music under our belts, this show was a celebration and culmination of the entire cultural exchange.”

The journey was not lost on the Alpha Institute scholarship winners.

“The last night at Beehive was special,” recalled Mitchell. “The whole energy, all of us coming together, that expression of love and the respect that we share for each other, it helped boost the performance. The MMEX experience motivated me to get up and not be complacent, and I believe that this opportunity should be provided to every musician who wants to take their career to another level.”

Garrell chimed in: “I want more Alpha students to experience what I did because it helped me put things into perspective.”

The end of the exchange marked the beginning of new opportunities, new projects and a new mindset, one that is sure to help the Alpha students and their instructor weather the challenges brought by travel restrictions and social distancing. March for Music Education is looking forward to creating more opportunities for music students and educators in and outside of Jamaica. Conversations have already started with other music education programmes in Kingston to become participants. In addition, the March for Music Education activities in Kingston include a public jam session for any music student interested in performing or networking with their peers.