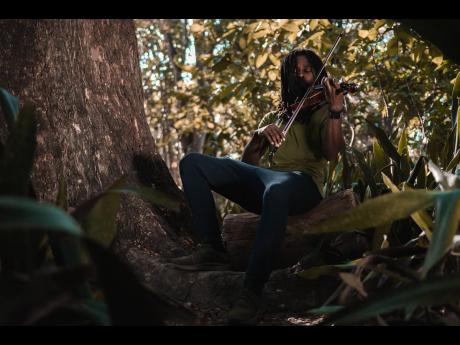 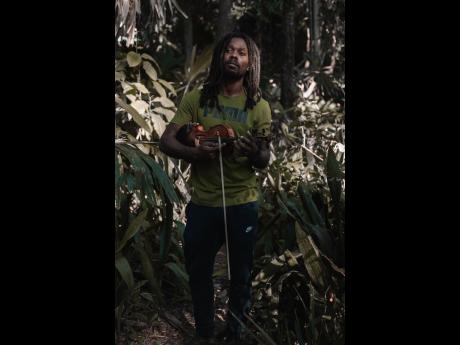 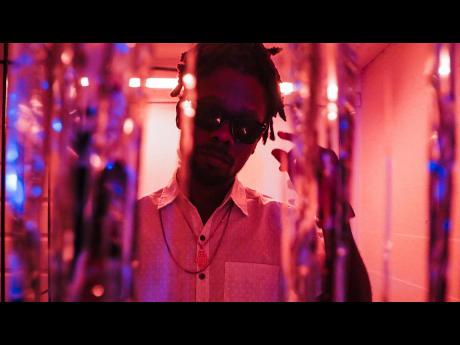 IF SELF-TAUGHT vocal violinist Ziah went with his original plan, the music video for his single, ‘ Black Magic Woman’, would have taken on obviously mystical elements, steeped in stories of local folklore’s magical heroines or spectres. The result is similarly magical, with the singer and his dancing leading lady hued in blues and shadows, framed in scenes conjured long before social distancing was a thing.

Black Magic Woman, the visuals, was released on Thursday, April 23, more than a year after the single’s first release.

There’s no telling why the production took so long to premiere, because the musician kept the explanation as mystical as his song’s theme. “Divine timing, I suppose. I knew I wanted to do a video for the song, and now is when it finally manifests,” he told The Gleaner.

Initially, Ziah wanted his athleticism on display. The idea was to be geared up with his inline skates, speeding towards a secret location while being seduced by a ‘river mumma’. Amazing as that sounds, the decision was to stick to a simpler theme with less moving parts, “so we could really focus on energy and dynamics,” he said.

Now, as COVID-19 ravages the globe, forcing people to shelter in place and radically alter their lifestyles, Ziah hopes the new visuals will offer a charming distraction from confusing realities. “The average consumer of music is also visual, so I feel like having a video for people to vibe to, for such a fun song might be cool to get people buzzing. Especially with what’s going on now, people need songs to make them escape a little,” he said.

Black Magic Woman shows off Ziah’s vocal chops, layering his pop-star tone with some deejayed bars for versatility’s sake. But in the video, there are also displays of his other talent. At moments, there are flash images of Ziah carrying his signature instrument – the violin.

He was first introduced to the violin in his late teens, after seeing a young lady performing at an event. “I sought her contacts and, after some time, had success,” he shared. It turns out that the female violinist’s mother was also her teacher.

“We did a couple lessons, but then I decided I had to find another way to learn. Violin lessons were pricey at the time and I was funding it from my own allowance.” Determined to learn, regardless, Ziah sold sweets at school to fund violin rentals. “Then, I found out that YouTube had people on there giving away the info for free. Now, there’s a fire blazing within me whenever I play,” he said.