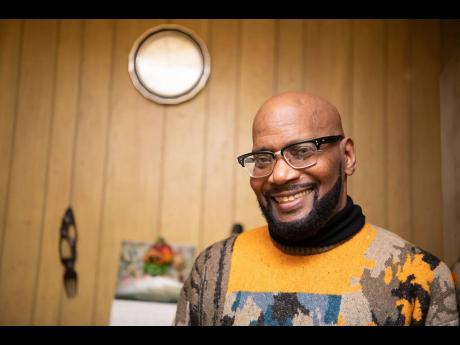 “My brother Derrick was larger than life and he will be greatly missed by me every single day,” his sister, Dr Arlene Thompson, in Irvington, New Jersey, told The Gleaner. “He was admired by people from all walks of life. His unending kindness knew no limits and became part of the lives of those he knew,” she sobbed.

Thompson, a medical technologist by training, had worked for several years at the University Hospital of the West Indies in Kingston, Jamaica. But he had also promoted classical music events and performance talent for over four decades, going back to his association with the National Chorale in Kingston in the 1980s, setting up concerts around the island with the assistance of corporate sponsors. He is also credited with bringing overseas guest voices to Jamaica to perform with the chorale, including Lorna Myers and Joyce Britton.

After migrating to the United States over three decades ago, he continued to follow his passion for classical music, particularly in the areas of piano, organ and choral work. He had a sharp eye for new and exciting emerging talent, especially those coming out of Jamaica, and he was always more than happy to assist and point talent in a productive direction.

Up to the time of his passing, Thompson had worked in the capacity of business manager to George Davey, a world-class Jamaican organist and choir master currently attached to an Episcopal parish in Brooklyn, New York.

“Derrick Thompson has been my manager for many years and he has created significant growth in my career,” Davey told The Gleaner. “He was recommended to me by the late Geoff Fairweather and it was the best move I made, as I found Thompson to be thorough, assertive, very focused on detail, including the fine print, and intensely passionate about artiste development. If he came across an opportunity, he would act on it immediately, regardless if it happened to be late night, early morning or on vacation days,” Davey pointed out. Both Thompson and Davey are past students of Kingston College.

“This is really sad news for me,” prominent Jamaican musician and music educator Paulette Bellamy posted on a Facebook thread announcing Thompson’s passing. “He always kept in touch with us … caring and sharing. We had no idea that his last visit to Jamaica last year would, indeed, have been his last. He fought a valiant fight. Rest well,” the post continued.

The Facebook memorial thread was created by Thompson’s Kingston College colleague and a voice from the NDTC Singers, Carl Bliss. In addition to his sister Arlene, he leaves behind a brother, Altiman, in Maryland and several nieces, nephews, other relatives and friends. An online send-off for Thompson will be announced later, in accordance with current COVID-19 rules.