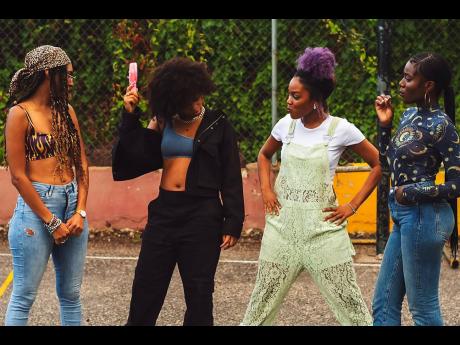 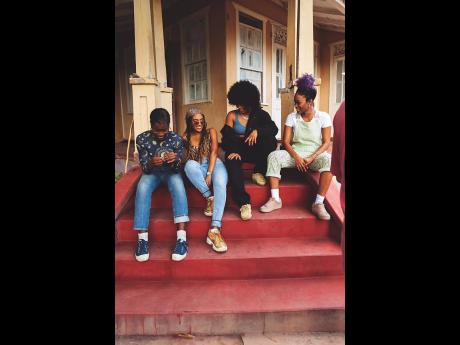 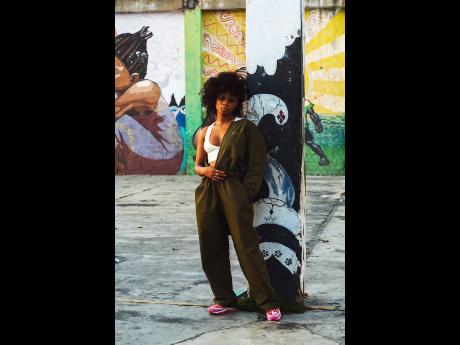 Contributed
Lila Ike on the set of ‘I Spy’ music video. 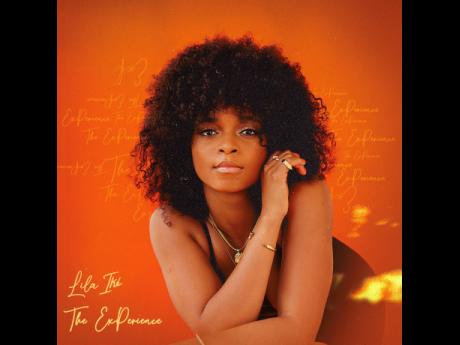 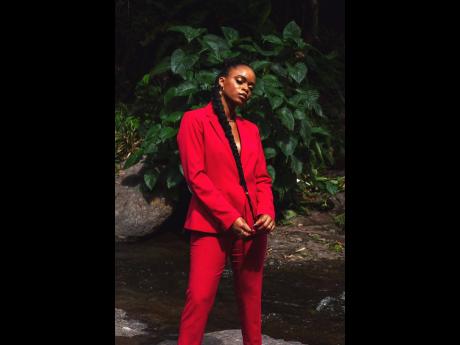 Lila Iké’s latest single, ‘ I Spy’, is flirty and playful with a sultry tone. It’s the kind of song record labels in decades past would compulsorily conflate with bubblegum pop princess images of lollipops, pigtails, ribbons, and skirts with teasing lengths. But reggae music’s millennial ladies are mixing it up, teasing about lines between androgyny and ‘tomboys’.

Along with the track, I Spy’s music video was released on April 16, the first drop under the recently announced In.Digg.Nation Collective and RCA Records partnership. In the clip, as she twirls a few curls and flirts with the camera, Lila’s style pivots between sartorial and street swag while she’s flanked by fellow Rock and Groove ladies Sevana, Naomi Cowan, and Jaz Elise.

In our sexuality-sensitive society, there are those who may cast judgement on the casually presenting women, sans cis-hetero love interests, who assume private preferences because of simple style choices.

“I find it very strange, however, that someone would look at someone’s outfit and determine what they do within the confines of their bedroom. People are socialised into thinking and responding to certain stimuli according to where they were born and raised. Therefore, anything outside of the ‘norm’ of that social construct will be alarming to the average person,” Lila mused.

Instead of simulating strip teases or predictably opting for form-fitting ‘fits’, Lila and her bevy can be seen styled in tailored pants suits, blazers, tracksuits, jumpers, and oversized denim … styled with chunky, trendy sneakers. While Lila asserts that ‘sex definitely sells’, the packaging is a bit different now.

She continued: “Prior to the shoot, I knew I wanted the girls to come through and be featured in the video. I love those women. They’re very supportive, talented, and humble. Big up Sevana, Jaz Elise, Naomi, and Koffee, just to name a few.”

So we have a few pre-pubescent boys riding around on bicycles and the ladies casually posed in the background. There are some giggles and smiles flashed here and there, but they generally stand at the ready, like wingwomen waiting to swoop into action.

But there’s no heartthrob to swoop here. “I wanted the video to be focused on me. A lot of people ask me, they are like, ‘So, how we no see no man a spy?’” Lila explained. “I really wanted the viewer to share in that role of being ‘the lead’, watching or spying me in my element, having fun.”

I Spy, produced by Izy Beats, is featured on Lila’s debut project, The ExPerience. It follows the release of Lila’s other singles Where I’m Coming From, produced by Kasadie ‘Caspa’ Jones, and Second Chance, produced by Alfred Simpson, which also feature on the project, due out on May 15.

The ExPerience is completed with Forget Me and Stars Align, produced by Phillip ‘Winta’ James; Solitude, produced by Ziah, JLL, and Iotosh; and Thy Will, produced by the project’s executive producer, Protoje.