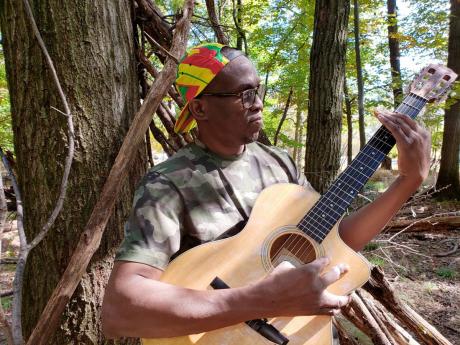 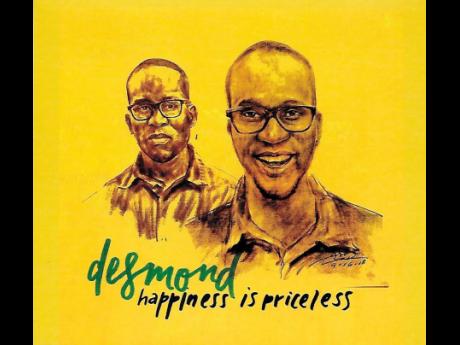 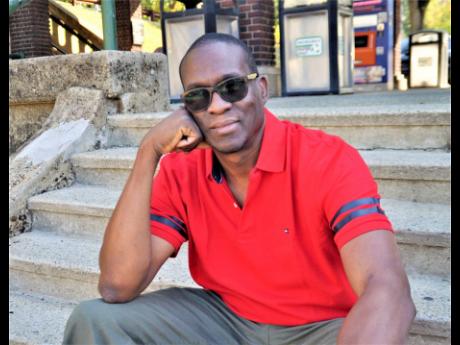 If there are any expectations that classically trained, Seventh-day Adventist musician, desmond, will entertain any debate about his reason for releasing a reggae- and dancehall-infused project, forget it. He is living his best life, as he extols the virtues of his debut album, ‘ Happiness is Priceless’.

A sizzling hybrid of roots-reggae, dancehall and R&B, is how he describes the 10-track set which muscled its way to number four on the Nielson SoundScan Reggae Chart, based on first-week sales only. In his new reggae artiste life, he chooses to distinguish himself by spelling his name with a lower case ‘d’, and desmond, quite naturally, is proud of the project’s achievement. He pointed out that Nielson’s figures are exclusive of streaming numbers, which his album didn’t have in the first week, anyway. But, once that flows in, he anticipates that Happiness is Priceless, even without the backing of a major label, will work its way on to the Billboard Reggae Album Chart, which tallies streaming into its aggregate.

“This is very good news. Happiness is Priceless is a concept album about what you do when you are broke, and what you do when you are rich. It’s about my own experiences and those of persons close to me,” desmond told The Gleaner of the album, for which he sought creative support from A-listers, including Dean Fraser, Koriq Clarke, Mikie Bennett, Sidney Mills and James Gately. Jamila Falak and Crystal Barnes contributed backing vocals, while his wife and daughter assisted with the songwriting.

This ‘new artiste’ shine is limited to the reggae genre only, as the New York-based entertainer not only possesses an impressive résumé which is drenched in the classics, he also holds a doctoral degree in music, with a background in singing and conducting. Currently a music teacher at the high-school and college levels, desmond enjoyed liaisons with several high-profile choirs in Jamaica prior to migrating to the US, and remains a prominent figure on the circuit. For some, this begs the question: why delve into dancehall and reggae at this level rather than a classical album? While for others, there seems to be a collision course of sorts when his Seventh-day Adventist faith slides in this unconventional mix.

In fact, desmond namechecks Rollington Town Seventh-day Adventist Church in Kingston as the cradle that nurtured his musical talents, rising from being a youth chorister to taking over the directorship of the youth choir, the church choir and, eventually, the entire music department. Upon migrating to the US, he remains involved in church activities. But desmond, unlike a cadre of gospel acts, isn’t embracing the view that a Christian doing reggae or dancehall music translates into developing a torrid affair with the secular. He used the analogy of a Christian doctor who prescribes medication to his patients, using the methods he was taught in medical school, rather than the Bible and prayers.

“I don’t have any conflict singing secular music,” he said without any apology. “ I am a professional musician and I don’t see why in my line of work, I should sing only gospel,” the Kingston College alumnus told The Gleaner. “Personally, I don’t think Christians buy music. It is a widely held view that music is a gift from God and should be free. But a gift is an inclination, and to be good, and you need to work hard, practise and spend money on learning your craft and also buying equipment,” he explained.

Having spent a decade climbing to the pinnacle of his profession, at one point even releasing a three-song EP and selling it himself on weekends from his car, the singer sees this project as an investment. “My musical education has cost me a lot of money and I spend a lot of time practising. I have a family to take care of; if I’m sick, I have to go to the doctor and pay the bill,” explained desmond, who has enriched some of Jamaica’s best choirs – the Diocesan Festival Choir, National Chorale of Jamaica, and Jamaica Vocal Ensemble, which he founded.

But, he pointed out that there’s also the element of him using his Christian lifestyle and uplifting lyrics to minister to those non-Christians with whom he comes in contact, even as he takes a ‘trod’ with them along the path of seeming unrighteousness.

“When I do a reggae album, I am in the studio with persons who are not Christians. They smoke, drink, and say all kinds of stuff, but they acknowledge that I do things differently. I send out meditations daily and I know that they are read, because they ask about it if I should somehow skip a day,” he said.

desmond, who lists his inspirations as Bob Marley, Bruno Mars, Chronixx, Collie Buddz, Steel Pulse, and Stephen Marley, is eager to get his promo tour rolling. His research shows that he is popular in the Middle East, Norway and St Martin, as well as the US. According to his bio, he wants to be a global superstar one day, and his long-term plan includes writing hit songs for other stars in the music industry.