It wasn’t us! - Fridays At the Devon promoter says his event is not the one under scrutiny 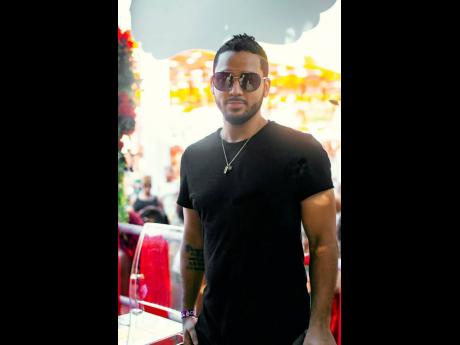 Chad Williams, promoter of the popular ‘Fridays At the Devon’ party, wants to clear up speculations that his event was the one that caused the temporary shut-down of Devon House earlier this week. In an interview with The Gleaner, Williams says persons have been making connections with his event and the one under investigation and he wants to make the distinction.

“I hear people have been saying that Fridays At the Devon was the event being held at Devon House last week that [is] causing all the uproar, and I just want to say that is absolutely not true. I think people made the connection because we normally host our event at Reggae Mill Bar at Devon House, but we have not been doing so since maybe the second week of March, before the COVID-19 pandemic was widespread in Jamaica,” Williams said. “Fridays At the Devon would never put people’s health and safety at risk by ignoring guidelines set by the Government in the name of entertainment. We have not resumed operations, and do not plan on doing so until we are given the go-ahead by the Government.”

Williams said, like everyone else who is a part of the entertainment industry, he has suffered significant losses due to the shutdown of the sector. While he is looking forward to some level of normality returning to the entertainment industry, Williams says the safety of his fellow Jamaicans will always take priority. “We know our patrons are anxious to be out and about again because we are also anxious to host them, but safety comes first. These are serious times and until the Government sees it fit to allow us to party again, we have to do what’s in everyone’s best interest,” he said. “The Government says they are considering reopening the industry in stages, and so we just have to wait.”

On Sunday, reports surfaced that a party was held at Devon House the previous Friday night. Videos of the gathering surfaced online which triggered an investigation by the Ministry of Local Government and Community Development. In an interview with The Gleaner earlier this week, Minister Desmond McKenzie expressed disappointment that the event was promoted and widely supported, even amid a ban on public gatherings of more than 20 people. “It is a total violation of the rules, and the police have been duly advised … quite frankly, this does not look good,” he said at the time, insisting that violators would be held accountable.