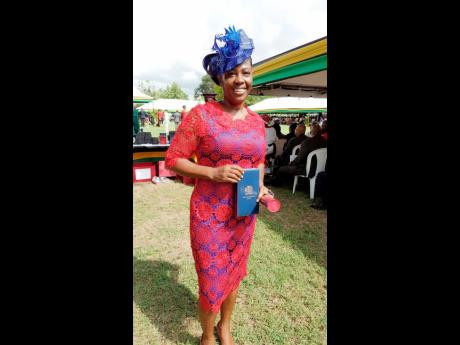 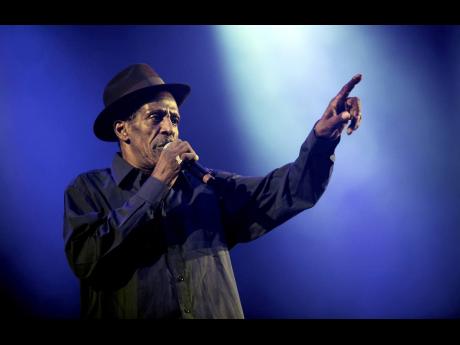 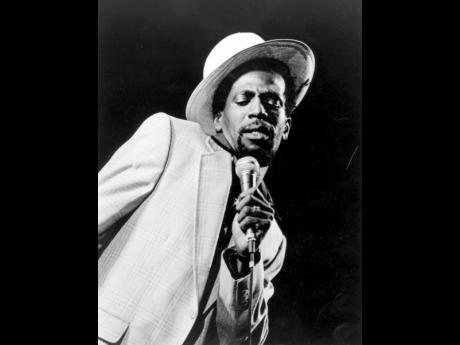 A wreath made up of 70 flaming red roses will adorn the graveside of legendary singer Gregory Isaacs, while his music will be given special play on radio stations across the world as part of the official celebration of his 70th birthday, today.

Both North and South America were tipped as the continents to participate in a grand celebration of this special anniversary of reggae’s beloved ‘Cool Ruler’. The foundation named in his honour was far advanced in their plans to stage a concert in Canada, for which a launch was already held earlier this year. Over in Brazil, South American fans were getting ready for a dance which would see a few artistes deejaying on the sound, and non-stop music from Isaacs all night till daylight. But when the COVID-19 pandemic struck, things went awry and plans were put on hold.

“We would be in Canada now for the other leg of Red Rose, but we have to take it one day at a time because of the pandemic,” his widow, June Isaacs, told The Gleaner.

The first leg of the Red Rose For Gregory concert – which was actually the fourth staging of the gala event hosted in the memory of the legendary singer – unfolded on February 15 at the Liguanea Golf Academy in New Kingston. Headlined by R&B legend Deniece Williams and reggae singer Sanchez, it was stamped all over with success.

“After the great show we had in February, we were really looking forward to spreading our wings overseas. It would have been the first tribute to Gregory in Canada, and we had such a nice launch up there. Sanchez was our headline act and everybody was ready. We really wanted to end his 70th year with a bang, but yuh know, you can’t question God’s work,” Isaacs said philosophically.

While there will not be an actual concert for Gregory today, his widow will ensure that the man who had a monster hit with the song Red Rose For Gregory, taken from the classic reggae album of the same name, will have a special delivery.

“We are taking a trip to Dovecot to lay a wreath with the 70 red roses for Gregory,” she informed. “From there, we are going to Patricia House to hand over the cheque from the concert in February, because that is one of the charities for the foundation. There will be a lot of stuff happening on social media as well,” Isaacs shared. Since its inaugural staging in 2017, the Red Rose for Gregory concert has attracted a stellar cast of international stars, including Atlantic Starr, Kelly Price, Peabo Bryson and Regina Bell.

According to his bio, during his 40-year career, Gregory Isaacs recorded over 500 albums and singles. In 1968, he made his recording debut as Winston Sinclair, with the single Another Heartache, recorded for producer Byron Lee. Ten years and many songs later, Isaacs signed to the Virgin Records offshoot, Front Line Records, and appeared in the film Rockers. However, The Cool Ruler and Soon Forward albums for the label failed to sell as well as expected, although they are now considered among his best work. When his contract with Island ended, Isaacs began a period of prolific recording, working with producers such as Prince Jammy, Hugh ‘Redman’ James, Bobby Digital, Tad Dawkins and Steely & Clevie. He then built a strong relationship with Gussie Clarke of the Music Works label. In 1985, they released the now-classic Private Beach Party album and had a monster hit with Rumours in 1988. Other popular singles included Mind Yu Dis, Rough Neck, Too Good To Be True and Report to Me. The association with Clarke continued into the early 1990s, teaming up with singers like Freddie McGregor, Ninjaman and J.C. Lodge. He collaborated with Beres Hammond on the 1993 Phillip ‘Fatis’ Burrell-produced One Good Turn, and Burrell also producing Isaacs’ 1994 album Midnight Confidential.

Gregory Isaacs died of lung cancer on October 25, 2010, in London. The Jamaican Government accorded him an official funeral on November 20 at the National Indoor Sports Centre in Kingston. In July 2015, a mural by Junior Moore depicting Isaacs was unveiled at 125 Orange Street, the former site of his Cash and Carry shop and now the Leggo Recording Studios. The unveiling also saw the launch of the Cool Ruler spring water.

In 2016, the Jamaican Government posthumously awarded Isaacs the Order of Distinction (Officer class) in recognition of his contribution to the country’s music. His widow, June, accepted the award from Governor General Patrick Allen.