The Hunt | The most talked about movie … yet 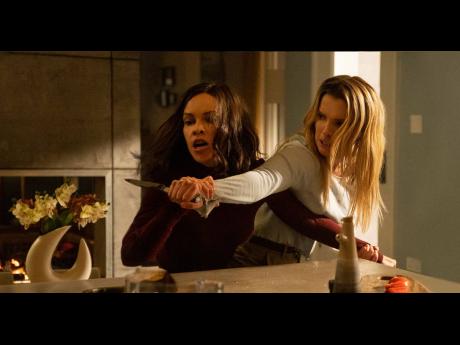 From Jason Blum, the producer of Get Out and The Purge series, and Damon Lindelof, creator of the HBO series Watchmen and co-creator of the TV series Lost, comes a provocative satirical thriller that takes no prisoners.

Academy Award winner Hilary Swank leads a group of elites capturing and hunting ordinary citizens for sport. Against the odds in this high-stakes hunt, one of The hunted, Crystal (Betty Gilpin, GLOW), outwits the hunters, discerns their game plan and starts to eliminate them, one by one.

The Hunt is written by Lindelof and his fellow Watchmen collaborator, Nick Cuse, and is directed by Craig Zobel ( Z for Zachariah, The Leftovers). Blum produces for his Blumhouse Productions alongside Lindelof. The film is executive produced by Zobel, Cuse and Steven R. Molen. The Hunt also stars Ike Barinholtz, Amy Madigan, Emma Roberts and Ethan Suplee.