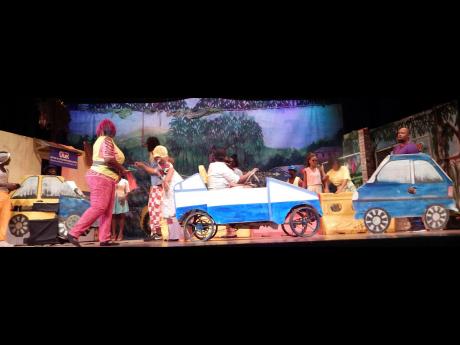 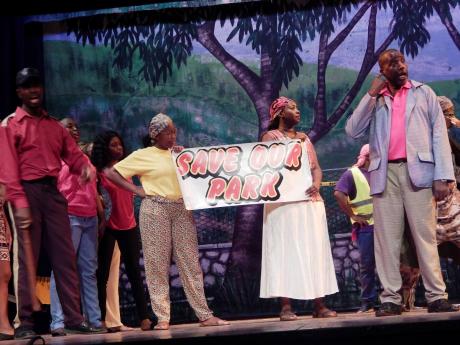 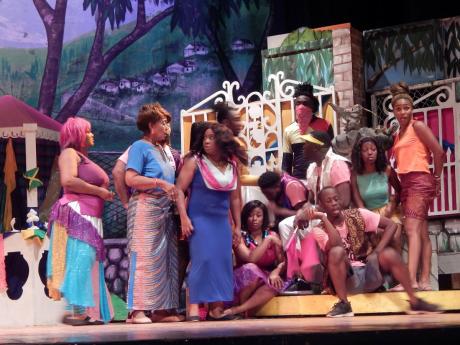 File
Residents of Ruckshon Junction hold a meeting to discuss the community’s problems.
1
2
3

Walking into the Little Theatre, home of the annual pantomime, may feel like a travel back in time when the cast of the pantomime returns – whenever that is, said one actor. The dressing rooms are ready for the actors but the lights have been turned off for several months, leaving not only the theatre, but the large number of performing arts professionals in the dark, even with the art and entertainment market getting a jolt further in the virtual realm.

Actor Shama Reid, who has been with the pantomime for nearly a decade, says being away from the stage has taken a physical and emotional toll.

“There are the people who use football or other forms of sports as a stress reliever, that is what theatre is for me,” Reid told The Sunday Gleaner. “The new season would make 10 years participating in the pantomime and I miss the stage. The online stage is, and is not, a good thing; it definitely requires a lot of marketing and without our audience, theatre doesn’t exist.”

Reid’s role alternates between the lead, MP Ignatious Biggs, and another character by the name of Sicci in Ruckshon Junction, which had its opening night on Boxing Day (December 26) of last year. Ironically, the pandemic literally caused a ‘ruckshon’ (a derivation of ‘ruckus’, which means a disruption) at the theatre, causing the curtains to close abruptly two months before its scheduled finale on Mother’s Day, disrupting prime-time months for the production.

Another cast member, Latoya Newman, said, “A lot of young persons who do not necessarily have a nine-to-five depended on that stipend, and for others who the pantomime was not a primary means of income, it was an escape – a means of showcasing who you are and your talent. TikTok has been my alternative escape and, realistically, we may miss the opportunity to have a new season, so we must seek different stages.”

It is unlikely that Ruckshon Junction will return to the theatres where the doors reopen, said Anya Gloudon-Nelson, costume designer and daughter of Barbara Gloudon, popular playwright and one of the founding members of the Little Theatre Movement.

“Feasibly, for our production to start where it left off there would have to be some tweaking to include topical issues, because the plot was based on the election period. Now elections have passed, Biggs has won his seat, so to speak, so it would have to be a Ruckshon Junction 2.0,” she said, pointing out that the pantomime is a framework based on what is current in Jamaica’s culture.

“We have discussed recording the pantomime and have it aired as a pay-per-view, but then there will have to be considerations of social distancing, how to accomplish this with everyone needing to maintain a distance of six feet apart – it would take a lot of reconfiguration.”

The first leg of auditions for the new season would have taken place last month and by now, workshops to sketch the set and costume design would have started, as it is tradition that as one season ends, planning for the next begins.

“We were thinking towards the end of July something would pick up, which it did, and at that point in time, we loaned the space to Centre Stage, but the number of cases spiked again,” Gloudon-Nelson. “As a theatre family, discussions have been ongoing to research the possibilities to keep our production alive and relevant so that people don’t lose sight of what theatre is, but we are in limbo, trying to figure out what to do.”

Will persons be interested to sit in a dimly lit theatre full of strangers?

She answered, “Technically, nothing can start back in a regular way, it will take some time. . Whenever things change, the number of persons on stage, the amount of songs may have to be lessened, but then that alters the concept of the pantomime.”

She estimates the losses may total to no less than J$2 million for the production, added to losses in the theatre’s revenue that would be earned through rental of the venue, which was actually purchased from the Government of Jamaica with funds raised by the annual pantomimes and supplemented with funds donated by the public over the years. The Little Theatre has been able to stand on its feet with income from various performing arts groups, and institutions such as JCDC during the Festival season, and schools.

“Theatre was already taking a beating before the pandemic, so we just have to be more creative in how we approach it as a business,” she said. “Financial losses aside, I am concerned about the children who relied on theatre as a platform for expression and emotional escape, especially those with parents who don’t value the arts.”