Joby Jay’s ‘Mood’ for the year 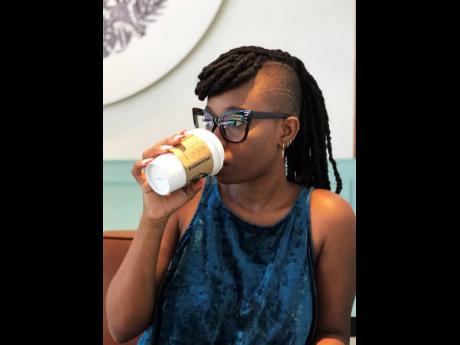 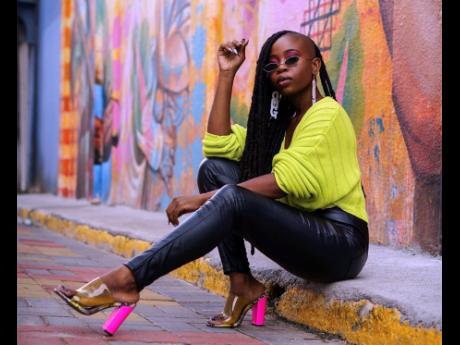 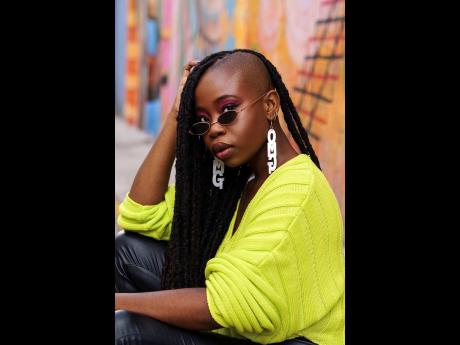 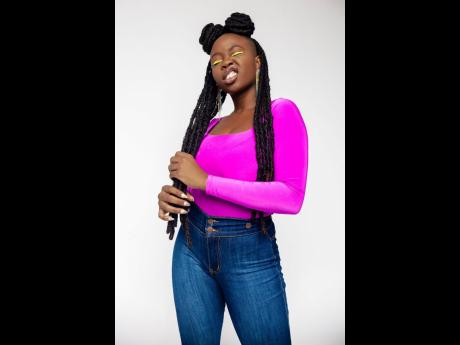 With full lips and a go-getter attitude, Joby Jay demands the attention of a star. She is currently securing her place in the music industry as a creative force to be reckoned with. Her mood might very well be filtering over from 2019, like she sings in her debut single, “Big girl ting, seh me nuh inna nuh ramping. Seh me nuh inna nuh ramping ting, eventually your true colours will show. And me nuh ramp fi cut yuh off, if all yuh do ah waste me time, nuh add nuh value to me life. Me haffi be selective wid me space and me energy.”

Joby Jay shared some of that Big Girl Ting energy in a recent sit down with The Gleaner over coffee. After ordering a tall cup of caramel macchiato, she sat silently as a shy person would, but quickly confessed, “I am actually very outspoken, as a child people would call me ‘nuff’.

“I have always been a confident person, not to say I have never had insecurities, those always exist. I just always made the decision to be bold – not shy, where I hide – because I think I am beautiful. Persons with my features, I think we’ve been socialised to feel like your hair this, or your skin that, and your lips this. My forehead is big and it is something I’ve embraced by doing my hair in different ways, where my forehead is there in all its glory,” she shared.

Her hairstyle, coiffed uniquely with long locks hanging from the centre of her side-shaved head, is definitely a standout feature and just one of the radical changes in Jo Benée Morris (Joby Jay’s given name) that family and friends in Old Buckfield, St Ann, noticed following her move to Kingston to attend the Edna Manley College of the Visual and Performing Arts five years ago.

“Listen, the first time I cut my hair it was an issue because like others, I really loved my natural hair, so it was a shock for most people. I wanted to try something new, so I shaved off the sides, and then I always admired locks, so I tried it, people liked it and I stuck with it.”

As for music, Joby Jay explains that there was more opportunity to explore a wide register of music, even though her main course of study was photography.

“It was an eye-opener for me; moving to Kingston from Ochi after high school would have been the first time away from my parents and out of a home, where certain things weren’t allowed. So, coming here was a time to know who I am and to experiment with things, like listen to music I wouldn’t have if I was home,” Joby Jay revealed to The Gleaner.

Fast-forward to 2019, with a degree and an established business in photography, Joby Jay took the decision to invest her all into her brand and promoting herself as a singer with varying shades of talent. Joby Jay credits having amassed followers when she did a powerful acoustic medley of Vybz Kartel tracks, which included Thank Yuh Jah, Money Me Ah Look, Without Money and Ghetto Youth, for UNPLGD last year. Her performance put the audience into a frenzy to hear the music of a dancehall deejay who is oftentimes ostracised for promoting ‘badmanism’ done differently.

“Like I thought, people did not expect his music in that jazzy-type of way; growing up Vybz Kartel was always like this forbidden artiste, but as much as how people have negative things to say, there were just as many positives for his talent. When I started to listen to his music, some of the content I really couldn’t manage because it was too strong for me, but the songs I put together in the medley were songs I love.”

It was at that performance, the first of that nature for her with a backing band, that Joby Jay teased her Mood single, “a song I never expected persons to dig so deep”. It was officially released last Friday (September 25) with a video that spotlights the singer.

“It has a gospel feeling speaking about God, so I was like, mhm … I don’t know if people in certain spaces want to hear that, but people have found comfort in the line “forever grateful is my mood”, and I am happy I can finally give it to them,” Joby Jay explained.

The singer believes her journey, though only just starting, is one to be applauded. She has evolved from second-guessing her worth to putting in lyrics, all her emotions and all that she is passionate about.

“I [have] always been singing ever since I know myself, and people used to tell me, ‘Joby, you should consider doing it professionally’, but I didn’t want to just get up and sing because I can sing, I wanted it to be something. This is the time; I am in the mood to take my career to the next level,” she said.