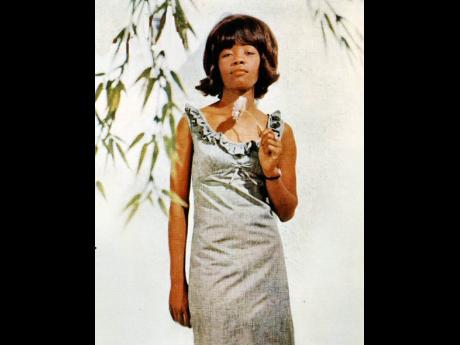 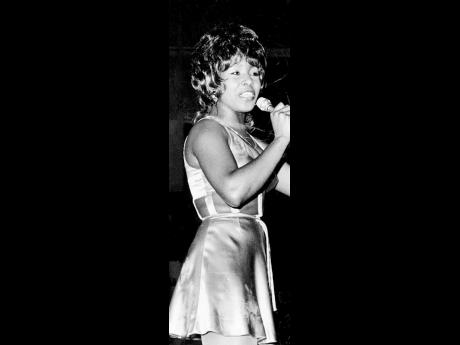 Millicent Dolly May Small, the girl who made the world stop, look, and listen with her massive hit song, My Boy Lollipop, would have celebrated her birthday today. Interestingly, ‘official’ sources record her as being born on October 6, 1946, in Vere, Clarendon, Jamaica. However, in an October 2017 interview with The Gleaner, Millie Small gave her age as 70, meaning that she would have been born in 1947, one year after the ‘official’ date.

In reality, a year, more or less, isn’t of much significance when compared with the impact of Millie Small. Hailed as the Caribbean’s first international recording star, and its most successful female performer, her 1964 recording of My Boy Lollipop took her, as well as Island Records label and Jamaican music, on a fantastic journey when after its release, it reached number two in both the UK Singles Chart and the US Billboard Hot 100. It also topped the chart in Australia, and according to historical data, My Boy Lollipop initially sold over 600,000 copies in the United Kingdom. Including singles sales, album usage, and compilation inclusions, the song has since sold more than seven million copies worldwide, and Millie Small appeared on British TV shows, including the coveted Top of the Pops.

Music analyst Clyde McKenzie, while lauding Millie Small as a pioneering figure, pointed out that like others who have blazed trails, she may not necessarily have been aware of what would have become her eventual legacy.

“Even if Millie was not militant in terms of advocacy of women’s rights, she paved the way for a number of other women who came after her and did well, also in Britain, in those early days,” he told The Gleaner.

He added that not only did she break new ground in Britain, she also was important on a global scale. “Here was a young, black woman creating music with international appeal. That was hugely significant. Millie didn’t have a long career, but it was powerful. Chris Blackwell [Island Records founder] will tell you that she changed the complexion of Island Records, which, prior to her success, was a small label,” McKenzie added.

The first major hit for Island Records, which would eventually sign Bob Marley and the Wailers, McKenzie pointed out that Millie Small’s success paved the way for Bob Marley. “It wasn’t only the females acts whose careers Millie Small had an impact on. My Boy Lollipop created the platform for everything that Island Records did subsequently,” was McKenzie’s assessment. It is said that she was the first artiste to have a hit that was recorded in the bluebeat style, a music genre that was a direct ancestor of reggae and was billed as “The Blue Beat Girl” on the single’s label in the US.

Millie Small was only 12 years old when she was exposed to the “university” called the Vere Johns Opportunity Hour talent show at the Palladium Theatre in Montego Bay, where she won the second prize of 30 shillings. She subsequently travelled to Kingston to stay with relatives, and later met Chris Blackwell, who was “impressed with what he saw coming from Small and believed that she was ideal for what he was about”. According to her bio, a teenage Millie Small was taken to England in 1963, and Blackwell was made her official guardian. “When Mr Blackwell wrote to my parents and they said yes, I just went away and sat by myself. I’d always dreamed about going to Britain, but when it happened, I could not believe it. People told me not to go, but I didn’t listen. I listened to my mother,” she is quoted in an interview.

She later said, “I hadn’t planned on being a star, but I always wanted to be a singer, and I felt like it was my destiny to go to England.”

The National Library of Jamaica biography of Millie Small notes that My Boy Lollipop is still regarded as one of the all-time biggest-selling reggae or ska discs, and the song still continues to be played every day across the United States, in every state, on CBS FM radio. It held the number-three spot for the greatest all-time hit single for 1964. Numbers one and two were the Beatles and Rolling Stones, respectively.

Her absence from the music scene for more than 50 years, and her refusal to appear in stage shows, made Millie Small something of an enigma. Her death on May 5, 2020, in London, reportedly from a stroke, resulted in an overwhelming outpouring of tributes from fans across the globe. Chris Blackwell remembered her as “a sweet person” with a “great sense of humour”.