Sophia Brown advises industry to save for a rainy day 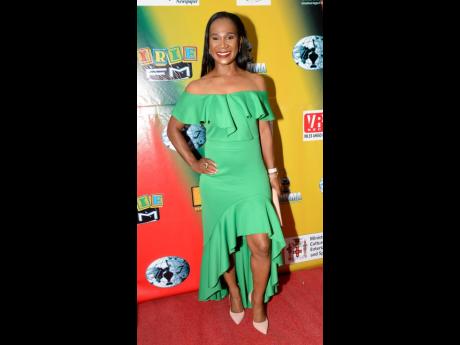 The music industry is primed for a reckoning and, according to Sophia Brown, practitioners will have to take a more structured approach to the business. The pandemic gives a whole new meaning to the idiom ‘save for a rainy day’, and this reggae singing sensation is more than qualified to give advice, having weathered her fair share of storms.

In July 2017, Brown was in a life-threatening motor vehicle accident while on her way to perform at the Jamaica Day Reggae Festival in Baltimore, Maryland. It was followed by a series of surgeries, a strict treatment regimen which involved intense physiotherapy. It was approximately one month after she launched her third album, Change.

“The recovery process was the hardest – brutal, actually. As it relates to healing, it not only meant the physical, but emotionally and mentally it definitely demanded a lot from me,” Brown told The Gleaner.

Most of the songs I released in recent times were written when all I could do was lay on my back, coming out of surgeries and such; as the legendary Bob Marley says, “when the music hits you, you feel no pain”, although nothing can truly take away what you are feeling. Writing songs was part of my recovery and the singles ... take, for example, Stronger, [it] is a true testament when I sing, “lioness undefeated, challenged but not defeated, struggles won’t push me under, I’ll rise above it all.” It came from a place of empowerment, with women who go through a lot in mind. Yet, it is one of those songs that resonates with everyone,” she continued.

Brown soared beyond odds that clouded her journey as an entertainer who takes charge of the wheel in her career. However, when the singer was ready to press gas on promoting new music, including the chart-topping single Baby When You Left, produced by Sidney Mills, she would meet another roadblock.

“It is bittersweet. Having returned stronger, being back in studio and celebrating, not one but two successful tracks, I was looking forward to touring. Imagine you are ready to perform again and give music to the world, to come back, only to face something that slows you down again,” she said, speaking in regard to the pandemic. “I could be performing, but a pandemic is here and we have to make sure we accept our social responsibility to protect our families as well as our fans and their families.”

The Catch Me If You Can singer left Jamaica for the US in July to deal with business, amid the spike in the numbers of COVID-19 cases locally and as a personal undertaking, refused bookings. Instead, she dedicated her time and energy in her online store, launched several years ago, where she sells branded merchandise, from T-shirts to dinnerware. Looking back on her entrepreneurial investment, Brown said, “These are the things entertainers have to structure as their careers climb; when I set my business in place I didn’t think we’d have a pandemic on our hands, but it’s what we do in case something happens. I remember a time when my grandmother used to say to me, “You have to save for a rainy day,” and even the Bible says there is a time when men have to go inside and close their doors, and I believe this is it.”

The self-managed, independent artiste says too many of our veteran acts have been victims of oversight from management that focused solely on the income from performances.

“I want my fellow musicians to do some introspection and be keen on the fact that the music should be treated as a business. Look at it this way, you should be able to earn even when you can’t travel or go on a stage to perform. Entertainers can’t afford to not work or not have a business plan that he or she can have a steady income.”

Brown is also drawing the brakes on her EP. It was originally slated for release by the end of the year, but the singer has changed her mind due to recent events.

“I don’t like to rush music, I believe in doing it the right way, and right now we find that the market is being flooded with a lot of music. It has made me feel like I don’t want to do an EP again, I am pushing for a complete album for next year,” she said.