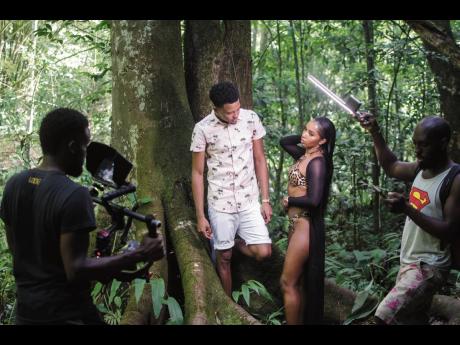 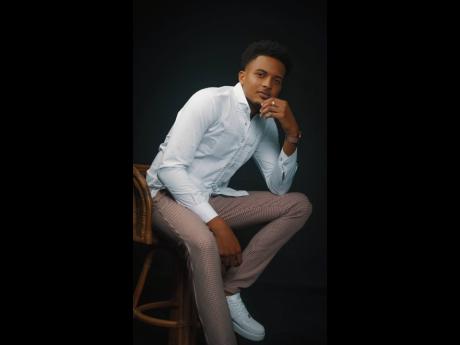 GeOo is on a mission to be a better version of himself for the advancement of the music industry. A stout-hearted newcomer on Jamaica’s dancehall fusion scene, he’s also tipped to be one of the artistes who will be next to cross over to the international stages.

His latest track Hero, though it has not hit trending, has been his biggest to date raising 14,000 views in a week. The IslandWAV Entertainment production also features female singer Dehshh. With its likeness to international acts like the Tory Lanez from five years ago, who hypnotised females with Say it and Luv and Diversity of the vocals which share some similarities of the British R&B collective WSTRN who recorded Txtin’ with Alkaline in 2017, GeOo is about ready to chart international waters with his music.

“I fuse pop, Afrobeat and as many sounds from all around. At the moment there is a trend, where most of the artistes sound similar and I don’t like to follow, I am working to set myself apart from that,” GeOo told The Gleaner.

“ Hero is a portrayal of an artiste who is unrelenting, committed and dedicated to his craft and wants to take the music further, as far as possible. And, it is the story of a man who wants to be a hero to all the females out there in distress, hopefully through being consistent with quality music they will love and can get lost in,” he continued.

Currently pursuing a Bachelor of Business Administration Degree with a major in Finance and minor in Marketing, GeOo says he is absorbing the information that will become second nature in the advancement of his brand as a recording artiste. Naming Chronixx, Wiz Kidd, Davido, Sean Paul, Burna Boy, Ed Sheeran and Koffee as his biggest musical influences, the singer is looking to make a similar and indelible mark like these names.

Focusing on the business side of music, GeOo has zoomed in on the international markets, places like Canada where grants are available to up-and-coming artistes and creatives to fund a debut project and/or album. He’s becoming more and more captivated by these markets, but instead of deciding to relocate like many artistes with his style have done in the past, GeOo is hoping these opportunities will surface within the local space sooner rather than later. He said, “As an industry, the process can be less complicated for young, up-and-coming artistes to make way for new talent. We need grants locally so that creatives can invest in their work and ultimately give back to the country. Just all-round support even if it comes from an outside source, just an investment in the talented youths can go a far way.”

He also has his sights set on making investments, starting small, with his brand, and real estate development and within Jamaica’s entertainment industry.

“It is hard to earn on the local scene, and that is why the focus is to make it outside of our musical geography. Very soon I want to have a body of work that showcases my many sides and moods: a single project that merges all my creative juices that people will recognise me for, rather than just working with a bunch of producers with singles all over the place,” he said.