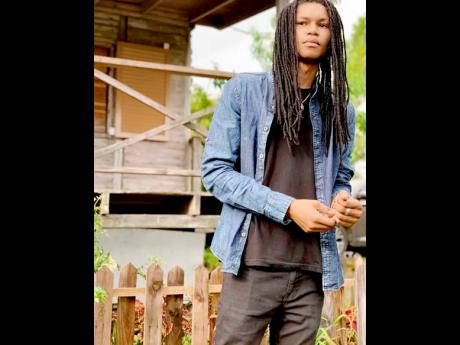 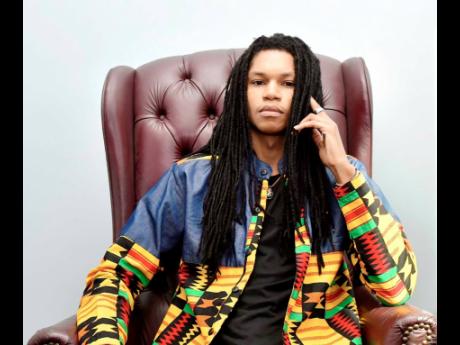 Contributed
In a bid to create a new identity for himself, Garnet Silk Jr will now perform under the name, Garnet Alkhem.
1
2

Since releasing his debut project, Let Reuben Live in 2016, Garnet Jah Lij Smith, performing as Garnet Silk Jr, has kept somewhat of a low profile. Not the easiest thing to do when you’re the son of a reggae icon.

There are several similarities that the young Garnet shares with his father. Outside of their name, the physical and musical resemblance of father and son cannot be overlooked — or unheard - which sometimes, for the protégé, is a gift and a curse.

“My father’s fans have a hard time understanding the fact that he — Garnet Silk, the icon — can never be duplicated or replicated,” Smith told The Sunday Gleaner.

He added, “People try to find him in every artiste they see similarities in, including me, but the truth is there will never be another Garnet Silk, and they have to respect that and not try to create another.”

The 25-year-old is the last of Silk’s four children with Novlyn ‘Lovey’ Banton. He has been recording since his early teens. His first single, Jah A Guide, was prompted by his family and friends but was not released.

Garnet Silk died at the peak of his career, on December 9, 1994, without doing a world tour but has made an impact on reggae music globally with songs like Hello Mama Africa, Place In Your Heart, Oh Me Oh My, Bless Me, and Love is the Answer. His children grew up learning the legacy their father left behind. With big shoes to fill, Smith admits that the expectations have been overwhelming and have influenced his most recent outlook on music.

“Everyone has their expectations of me. Some are the same, some different, and I have been humbled to have genuine supporters who love my music and love me for me. There will always be similarities, but they are all natural, not forced. Like my father, I eat, I breathe, I live music, so it will never change, but I am walking on my own path.”

A quiet storm, Smith is taking steps to make a name for himself musically and has attracted a diverse fanbase, having a lyrical and performance style that is a magnetic fusion of hip hop, R&B, reggae, and dancehall. His songs Promises, Each One, Jah As My Witness, and Lady Divine are doing well on digital- streaming platforms. He is steadily building a strong social media presence even though there is still mix-up between his music and that of his dad. Now, with more than 6,000 Instagram followers, he wants to create a new identity as Garnet Alkhem amid fan confusion.

He said, “The name change has been in the pipeline since Condolences, the first professional solo single released as Garnet Silk Jr in 2012, and for most obvious reasons, it created confusion among our fanbases. Regardless of the proverb that says, ‘Imitation is the sincerest form of flattery’, Smith believes that he is making the right decision.

“People should practise authenticity. There is nothing good about imitating another because you lose yourself. In other words, it is like suicide. While it is true that there are people who support me in respect for my father and his musical legacy, there are those who love his music and would rather me copy him. For me, the true honour I can give to my father is to be myself,” he said.

“Remember also, Silk was never my father’s birth name. Him know why him name Garnet Silk. I have not changed completely because nothing can better describe me than the name that was actually given to me even before my birth. And I treasure it.”

The use of ‘Alkhem’ instead of Silk Jr, he explained, was taken from the word alchemist, which is defined as someone who transforms things for the better.

“A lot of my time is spent reading, I read every single day, and in my search for good material, I have learnt about spiritual alchemy and shadow work. It is an introspective, psychological practice that is basically understanding the light and darkness within one’s self, how to let both coexist, and to look within yourself to improve any negative qualities,” said Smith of the inspiration behind his new moniker.

His first single as Garnet Alkhem is titled Well Done. It is produced by Jahvanie ‘Week.day’ Morrison, credited as the composer behind Usain Bolt’s Olympe Rose Riddim. The track, he says, speaks accurately of his vision and journey of self-discovery.

“I think a lot of people talk, and very few of them are doing something to make a change. Knowledge is essential, but understanding why, when, and how to apply that knowledge is wisdom, and I want to share that message. Our forefathers left us knowledge as nutrients, and we need to dig deeper to seek truth. After receiving a random 10-second instrumental from Week.day I fell in love, and the idea for the song came to me in a matter of sleeping and waking up. I wrote the entire song on that. Then we recorded and finished the instrumental,” he said.

Throughout his professional recording career, the entertainer has included covers of Garnet Silk original music such as Disadvantage, released in 1992. It was one of the 10 tracks on Let Reuben Live, but he could not say whether any other of the icon’s music would be on future projects. His next single is a roots reggae song titled Higher Vibrations, which he plans to release before the year ends.

“I don’t mess with his [Garnet Silk] music, and if I do find myself doing another cover or even a tribute album, I would have to carefully choose the features to include. It would preferably be a collaborative project so that his close friends like Luciano and Capleton [could] contribute and not just for me to share my own voice. Anyways, I don’t like to force anything. If it happens, it happens. The focus is to consistently put out substantial music and visuals, and I feel a lot haven’t done justice with that just yet,” he said.