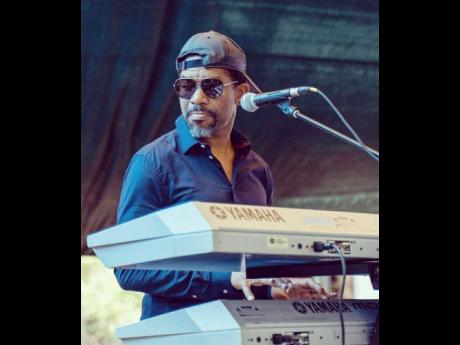 Contributed
The musician and producer has left Third World and is fulfilling his dream of launching a solo career. 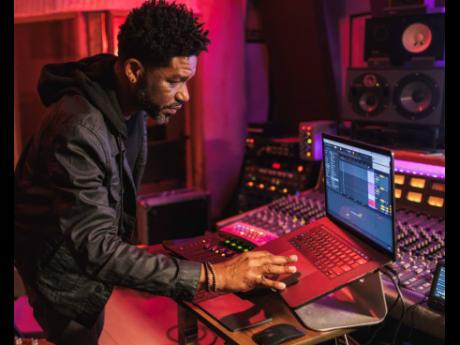 It was almost midnight in Italy, but Maurice Gregory was up and about. The Grammy Award-winning producer and musician tells The Sunday Gleaner that the pandemic may have affected the music industry, but “it has not impeded on my doing what I love”.

That love – music – has taken Gregory on many tours across the world, and he has had the dream to go on a tour of his own ever since first touring at the age of 18 with Jamaican vocalist Justin Hinds, known for the ska hit Carry Go Bring Come.

He also did a stint on the north coast hotel scene, where he became a part of SANE (which stood for Sound Against Negative Expression), a band that played for artistes such as Tony Rebel, Judy Mowatt, and Freddie McGregor in the early ‘90s and eventually served as the main backing band for Reggae Sumfest at its start.

The musician has had a professional career that has seen him accrue a large enough catalogue working with the likes of Ky-Mani Marley, Wayne Wonder, and Shaggy, not only giving his “handful” of harmonies from playing keyboards, but as an audio engineer, songwriter, and producer, collaborating with record legend Tony ‘CD’ Kelly. And for the past decade, has gained recognition as one of Third World’s band members.

Returning to an original plan to launch a solo career, the now former Third World musician said “there’s a window of opportunity, and I don’t want it to close on me”.

The departure from Third World comes as a shock, considering he was part of the Grammy-nominated reggae album More Work To Be Done, released last year and produced by Damian ‘Jr Gong’ Marley, and featured Chronixx, Busy Signal, Tarrus Riley, Pressure Busspipe, and Tessanne Chin.

“I am proud to have been part of Third World. It’s a group of talented musicians that I respected from school days when we used to try and imitate their music, and I could never have foreseen that I would [have] the opportunity to be a member. Destiny is destiny, and it can be difficult if you want it to be like that forever, but if you have different goals for yourself, you make the decision based on what you want for yourself,” he shared.

The decision to leave the iconic reggae band was not the easiest one to make. Gregory explained: “When I joined Third World in 2010 I didn’t do so to become a permanent member. I had just completed my album, but they needed a keyboardist to go on tour, and I put it out there that I’d love to use the platform to perform some of my songs when we were on stage.”

He continued: “We did that for a while. It was wonderful, so much [so] that I became comfortable. It’s music. I love to play music, and as a musician, you get lost in that. Not to mention, after so many years, they became family. There comes a time when you have to separate yourself from family, too. I am more flexible to make this move and not have to worry.”

Anxious to speak about Christmas and his latest project, Gregory chimed in quickly to say, “It’s in the air,” noting that the holidays are already upon us. “This time last year, I was on tour with the band in St Croix for its annual festival on a beach with wonderful crystal waters and my other half was with me.”

He boasted that this year should be even more interesting as he attempts to “bring the island flavour” to Italy.

Gregory said, “I love the traditional Jamaican Christmas cake so as I look forward to spending this holiday with my Italian family, I want to make one so they can experience it.”

A little spontaneity never hurt either, the musician said, which is how his special single Christmas In The Air transpired.

“I would say I am spontaneous in a way, especially as it relates to my relationship, but then again, it is easier to make spur-of-the-moment decisions without children. But yes, the single was done in two days because at the time, I was reluctant when it was suggested that I record a Christmas song,” he said. “However, sometimes it happens quickly. So when the inspiration comes, you work with it. This one wrote itself in a matter of minutes, and it is inspired by life experience, a feeling that was easy to remember and put into words and melody.”

The track, which is distributed by Dub Shot Records is written, composed, performed, and produced by Gregory and long-time friend and colleague Tony ‘CD’ Kelly loaned his expertise in the mastering.

“ Christmas In The Air belongs to the world now, not to me any more. There’s a lot more I have envisioned for the beginning of the year. I have been behind the keyboard for a long time. Now I am a bit more focused on staying on the route as an artiste. I think I have something to say and through music … now I have that chance to express it for myself,” Gregory concluded.