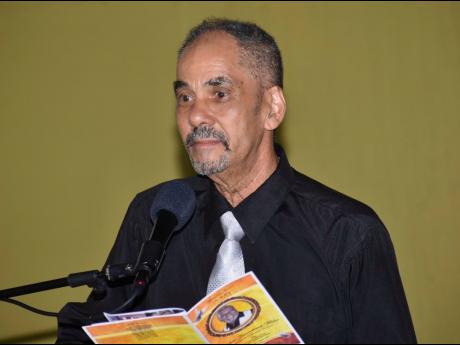 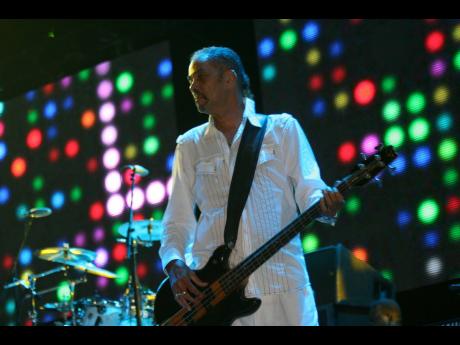 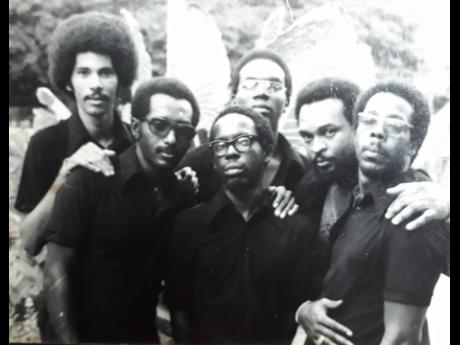 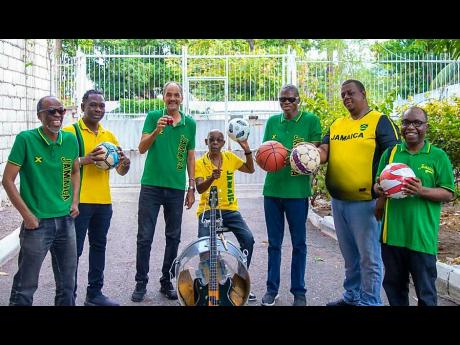 Contributed
Fab 5 has recorded more than 30 albums and 200 original songs during the last five decades. 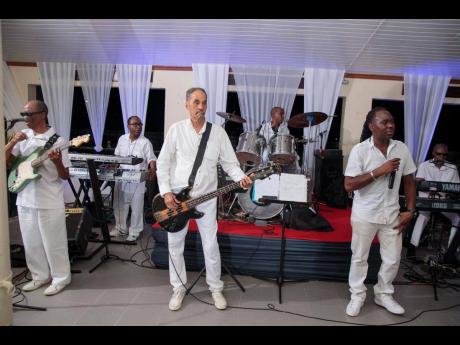 If 50 years of writing, producing, and playing great music could be summed up in 10 songs, what would be featured on that list? That was one of the tasks for Fab 5 band leader and bass player Frankie Campbell during a recent interview with The Sunday Gleaner.

With 30 albums and over 200 original songs recorded during the last five decades, it was a bit less challenging for Campbell to list the top 10 most successful hits from the multiaward-winning group rather than his personal favourite. And of course, with Fab 5 being the word play maestros, tunes with ambiguous titles such as Shaving Cream and Good Buddy – the song and album of the same name that won Best Album and Best Single at the 1996 Miami ReggaeSoca Awards – were absolute no-brainers for this all-star ranking. Campbell also picked Jamaican Woman, All Night Party, Asking for Love, and Ring Road Jam as some of the band’s most successful hits of all times.

But also playing an integral role in Fab 5’s journey was the music of the Eastern Caribbean, which was encapsulated in their critically acclaimed soca album, Yu Safe, arguably the “most popular album produced in Jamaica in the decade of the ‘80s”. Therefore, no one was surprised when, in 1999, Fab 5 won the Best Soca Album award at the ReggaeSoca Awards for their album Shape, making them the first group in history to win best album awards for reggae and soca in the same year.

Campbell also pointed out that the band’s Yuletide offerings squarely hit their intended mark. “Our five Christmas albums are very popular, and the songs are played a lot at this time of the year,” he said. The titles are Christmas in the Sun, Welcome H ome, Glory Hallelujah, Irie Christmas (Breadfruit Roasting). and Chris tmas Breeze.

Fab 5, which is also known for their vibrant showmanship, has enjoyed an endless succession of hits in Jamaica and the ethnic markets of North America, where their fan base has remained strong throughout the decades. In their early years, such songs as Chirpy Cheep, Shaving Cream, Oh Dad and Love Me for a Reason ensured that the band was never out of work.

In reflecting on those years, Campbell said the members just wanted to play music and have fun. “Byron Lee and the Dragonaires were the band that we looked up to as they were travelling and recording successfully, so we wanted to be like them. Later when Bob Marley started with Island Records, the scope widened, and we then realised that the sky was the limit,” he recalled.

And so they went exploring the universe and as they conquered new markets as ambassadors of reggae and soca, Fab 5 learnt the secret to longevity as a musical entity. “We discovered that the key to continued success was not only good music with a disciplined approach, but a good management structure to make a strong foundation and satisfied band members. Also, having blind and visually challenged musicians helped as those members tend to be more settled,” he said.

One such musician, who is visually challenged, is foundation member Grub Cooper, the band’s super-talented drummer and musical director extraordinaire, who was appointed to the Order of Distinction, Officer Class (OD) and Commander Class (CD), for his outstanding contribution to the development of Jamaican music. Campbell has also been appointed to the prestigious OD.

After 50 years, Fab 5 has amassed a collection of major awards from sources such as the Jamaica Broadcasting Corporation, now Television Jamaica; Radio Jamaica, now the RJRGLEANER Communications Group; The Gleaner; THE STAR; Rockers; the Jamaica Music Industry; the Jamaica Federation of Musicians; the Tamika Award; and the ReggaeSoca Awards. In addition to working with a plethora of big-name Jamaican artistes, including Bob Marley and Jimmy Cliff, Fab 5 has shared bandstands with many of the great names of modern popular music. Among them are performers such as The Mighty Sparrow, Ray Charles, Roberta Flack, Fats Domino, Aretha Franklin, Gladys Knight, Dizzy Gillespie, the Grateful Dead, Rick James, Linda Ronstadt, the Neville Brothers, Skeeter Davis, Miriam Makeba and Jerry Butler. They have performed at the Kool Jazz Festival and the New Orleans Jazz Festival and for Japansplash and have entertained a live audience of one million at an anti-nuclear concert in New York’s Central Park.

For their 50th anniversary in 2020, Fab 5 had huge plans. “We had many tours planned for the USA, Canada, the Caribbean, Central America, and Japan. In Jamaica, we were planning a black-tie Affair for Jamaica House and a big concert featuring Fab 5 and Friends,” Campbell said, lamenting the fact that the virus wiped out their plans. A Fab 5 50 album, however, is still in the pipeline.

Although he says he is not seeing a silver lining at this point, as COVID is still spiking in their traditional reggae music markets of the USA and Europe, thus making the summer of 2021 doubtful for major tours, Campbell, when asked, managed to name one thing that made him smile during the pandemic.

“Early in the pandemic, seeing wild animals take over some big cities, roaming free. That was one thing that made me smile. It was beautiful.”

7. Come Back and Stay