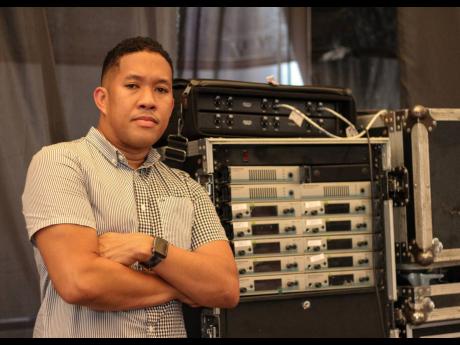 Stephanie Lyew
Richard Hoo Kim says the notion of the virtual house grew out of the idea to create a large enough space to accommodate a live-show set. 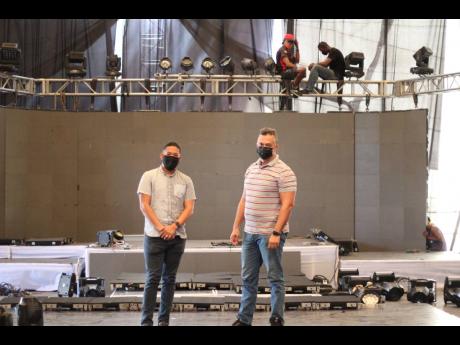 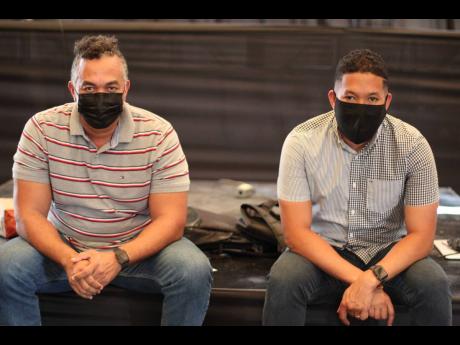 As Jamaica aims to figure out how to safely resume activities in the entertainment industry amid the global coronavirus pandemic, virtual set-ups are becoming more widespread. One company that is exploring this potential is Clearsound Production Services, which has moved forward to establish a virtual house.

The notion of the virtual house grew out of the idea to create a large enough space to accommodate a live show set, which, according to Richard Hoo Kim, Clearsound’s technical and procurement director was not available.

“The pandemic has really brought us down to zero in terms of work. In regards to that, our company has equipment sitting in storage not doing anything,” he told The Sunday Gleaner.

The virtual house is hard to miss for persons driving along the Waterloo and West Kings House roads. The technical director says that without the infrastructure, “it could prove expensive for organisers of live concerts, video shoots, and other large-scale productions thinking to go the virtual path”.

He added, “For one, doing it on their own, there will more than likely be a need to outsource all the elements such as a stage, lights, personnel such as a production assistant and not to mention video cameras and screens.”

Clearsound has always catered to the needs of the entertainment industry, providing its equipment and services to events from stage shows like Rebel Salute to government-planned celebrations for Independence Day.

“What we have created here is not just a venue, it is a production facility,” he explained, adding that it has housed several major shows during the pandemic since its construction in August, including One Yard Caribbean from Trinidad, which featured Beenie Man and Shenseea, courtesy of Ansel McCall and Aaron Spence of Kaboom Nation and Reggae Sunsplash. They also partnered with clients in Nassau, Bahamas, recently to produce a festival with artistes performing within the virtual house for their Bahamian audience.

The company has also managed to enforce health and safety protocols, Hoo Kim said. “In terms of crowd control, we adhere to those rules, say, for example, artistes come with an entourage, there is an artiste lounge designated for them outside the virtual house. Each section has a sanitisation station with the necessities. Everyone has to be checked before entering. We put a lot of provisions in place to accommodate all of this. And we try to have a rotation for every performer so at no time we should have all the artistes here in the space.”

Kelvin Osbourne, the CEO of Clearsound who has been working hard behind the scenes of Jamaica’s arts and entertainment industry for the past 25 years, said that the virtual house would still be relevant even if the island and the Caribbean reopens tomorrow.

“The pandemic won’t be fully over in terms of the relevant governments maintaining a level of control for the health and safety of its people, especially with the outbreak of the new variant. We are just riding the wave into 2021 as we do not foresee anything happening in the near future, but this space has the potential to get everyone in the entertainment industry back on track,” Osbourne said.

He added, “The reality is, for a live show, you need a live feel not because it’s a virtual [show], without the audience. Performers want to feel like they are performing on a real-live stage. So this is the plus of it. We believed we could build a live-entertainment zone, and we did all that”.

“No profit has been made yet. What has been made has not even covered the cost of the equipment. Right now, we are focused on supporting persons who, entertainment is all they know. It is their livelihood. We are forging a path to open the industry in a safe manner,” he said.